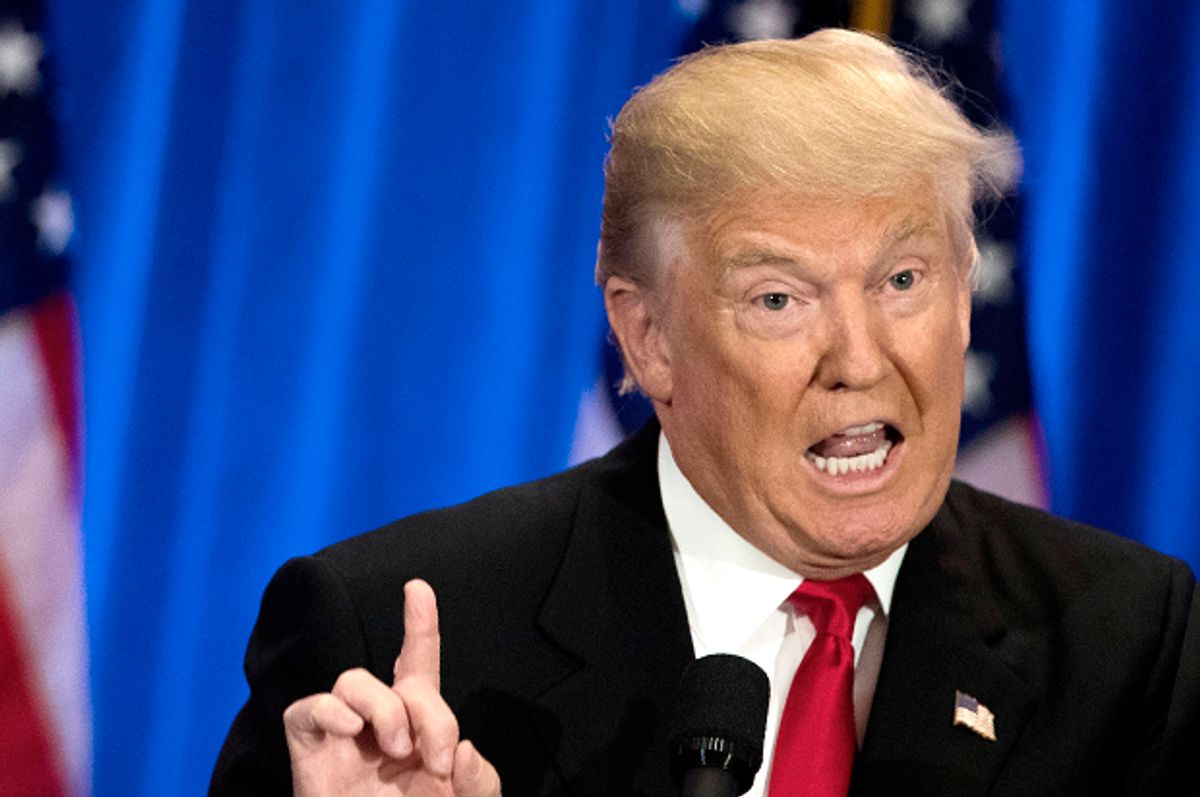 This morning, the president of the United States used his favorite media platform for addressing the public to remind us of just how little respect he has for women — especially women in the press.

Shortly before 9 a.m., Trump posted two revoltingly sexist tweets attacking MSNBC’s Morning Joe co-host Mika Brzezinski for her appearance and intellect. The leader of the free world called the morning show anchor “low I.Q. Crazy Mika” and alleged that she had attempted to visit him at his Mar-a-Lago resort in Florida on New Year’s Eve and was “bleeding badly from a face-lift” at the time.

...to Mar-a-Lago 3 nights in a row around New Year's Eve, and insisted on joining me. She was bleeding badly from a face-lift. I said no!

This isn’t the first time Trump’s attacked women media figures -- it’s not even close -- and it’s also not the first time he’s done it on Twitter. In recent years, he has tweeted that:

He and his campaign targeted reporter Michelle Fields (formerly of Breitbart.com and HuffPost) after then-campaign manager Corey Lewandowski was shown on camera manhandling her at a campaign event.

Trump repeatedly lashed out at Megyn Kelly during the campaign season offline as well, at one point saying in an interview that she had “blood coming out of her wherever.” He also attacked Tur at rallies and in interviews, calling her “Little Katy, third-rate journalist” and “not a very good reporter” and singling her out at press events.

After People’s Natasha Stoynoff reported that Trump had sexually assaulted her in 2005, Trump suggested at a campaign rally that the report was false because Stoynoff wasn’t attractive, saying, "You take a look. Look at her. Look at her words. You tell me what you think. I don't think so.”

Earlier this week, Trump was openly reducing another professional reporter to her body, pausing an official diplomatic call in the Oval Office to comment on Irish reporter Caitriona Perry’s smile.