"We're OK. The country is not": Hosts of "Morning Joe" hit back at Trump after vicious tweets 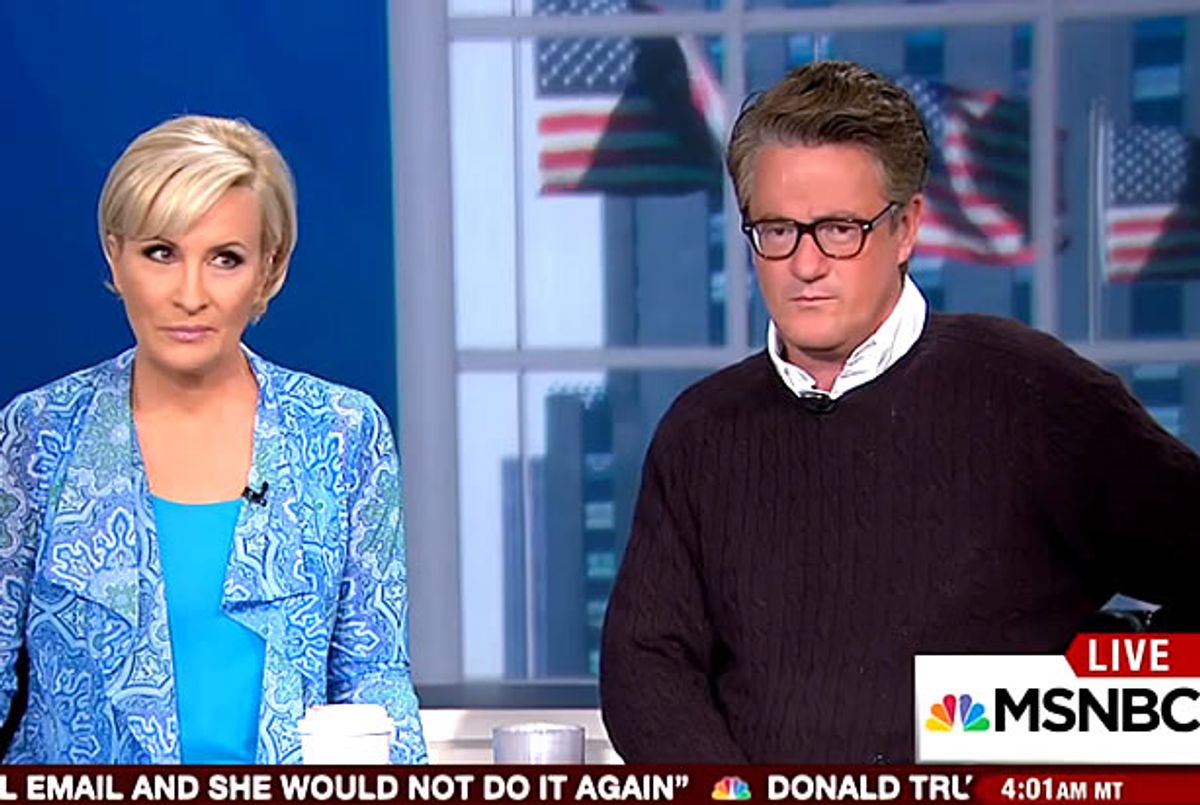 "Morning Joe" viewers anticipated a proportional response Friday from hosts Joe Scarborough and Mika Brzezinski following the president's latest series of vulgar, demeaning tweets. America first woke up to a scathing op-ed from the media and marital duo published in the Washington Post.

Scarborough and Brzezinski wrote that President Trump lied about their encounters around New Year's Eve at Mar-a-Lago and said that he has an "unhealthy obsession" with their show.

"The president’s unhealthy obsession with 'Morning Joe' does not serve the best interests of either his mental state or the country he runs," the couple wrote in the column. "Despite his constant claims that he no longer watches the show, the president’s closest advisers tell us otherwise. That is unfortunate. We believe it would be better for America and the rest of the world if he would keep his 60-inch-plus flat-screen TV tuned to 'Fox & Friends.'"

The "Morning Joe" hosts also revealed in the op-ed that White House staff members once threatened to green-light a negative article about them that would run in the National Enquirer unless they begged the president to kill the story. Scarborough and Brzezinski said that they ignored this "desperate" plea.

The couple was supposed to be on vacation Friday, but Trump's online outburst forced them to remain in New York so they could address the frenzy surrounding the tweets.

Appearing on their show in the second hour, Scarborough and Brzezinski were unforgiving in their statements about the matter.

"I think it has been fascinating and frightening and really sad for our country," Brzezinski said. "I am very concerned as to what this, once again, reveals about the president of the United States."

"We're OK. The country is not," Scarborough added.

"The president of the United States, as bad as he's been in the past, he really hasn't gone over the cliff," Scarborough said. "We learned what we always learned. He for some reason takes things more personally with women. He's so much more vicious with women."

Predictably, President Trump fired back at the segment in a tweet Friday morning. He called the show "low rated" and refuted the blackmailing allegation involving the National Enquirer.