Barack Obama warns against nationalism, says the "world is at a crossroads" in Indonesian speech

In Indonesia, Obama calls for tolerance, defends democracy against tribal and ethnic divisions 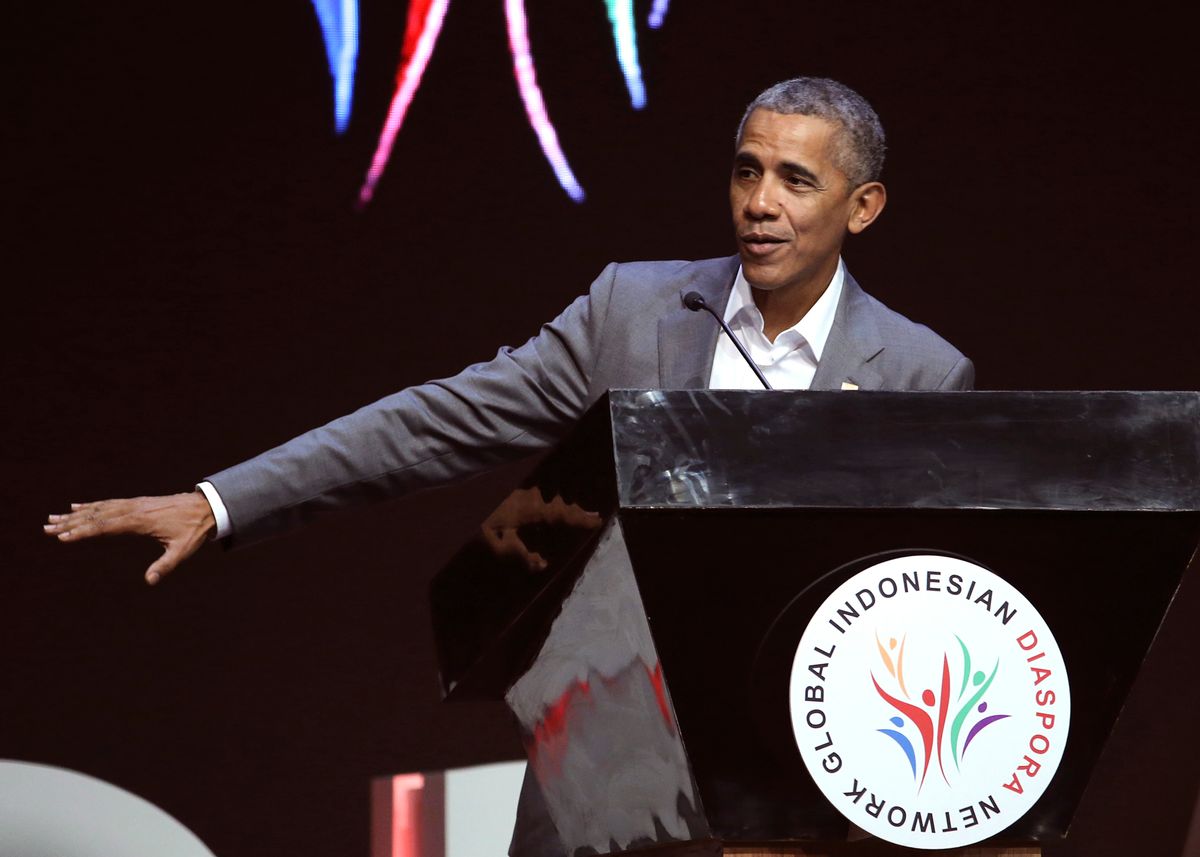 Speaking at the Fourth Congress of the Indonesian Diaspora in Jakarta while on vacation with his family, Former President Barack Obama touched on the rising wave of nationalism across the globe, and the dangers of intolerance.

"The world is at a crossroads," Obama said in the country where he lived for fours years during his childhood. Obama said that the world needed to confront the threats of "discrimination against people based on race or ethnicity or religion.”

Obama pointed to the Paris climate agreement as a promising strategy the world was willing to undertake.

“In Paris, we came together around the most ambitious agreement in history to fight climate change,” Obama said. Although President Trump withdrew from the accord, Obama said the agreement "will still give our children a fighting chance.”

“If you are strong in your own faith then you should not be worried about someone else’s faith," Obama said.

“If we don’t stand up for tolerance and moderation and respect for others, if we begin to doubt ourselves and all that we have accomplished, then much of the progress that we have made will not continue,” he added.