"It is so beautifully written, it sings itself": The Beach Boys' sublime "God Only Knows" 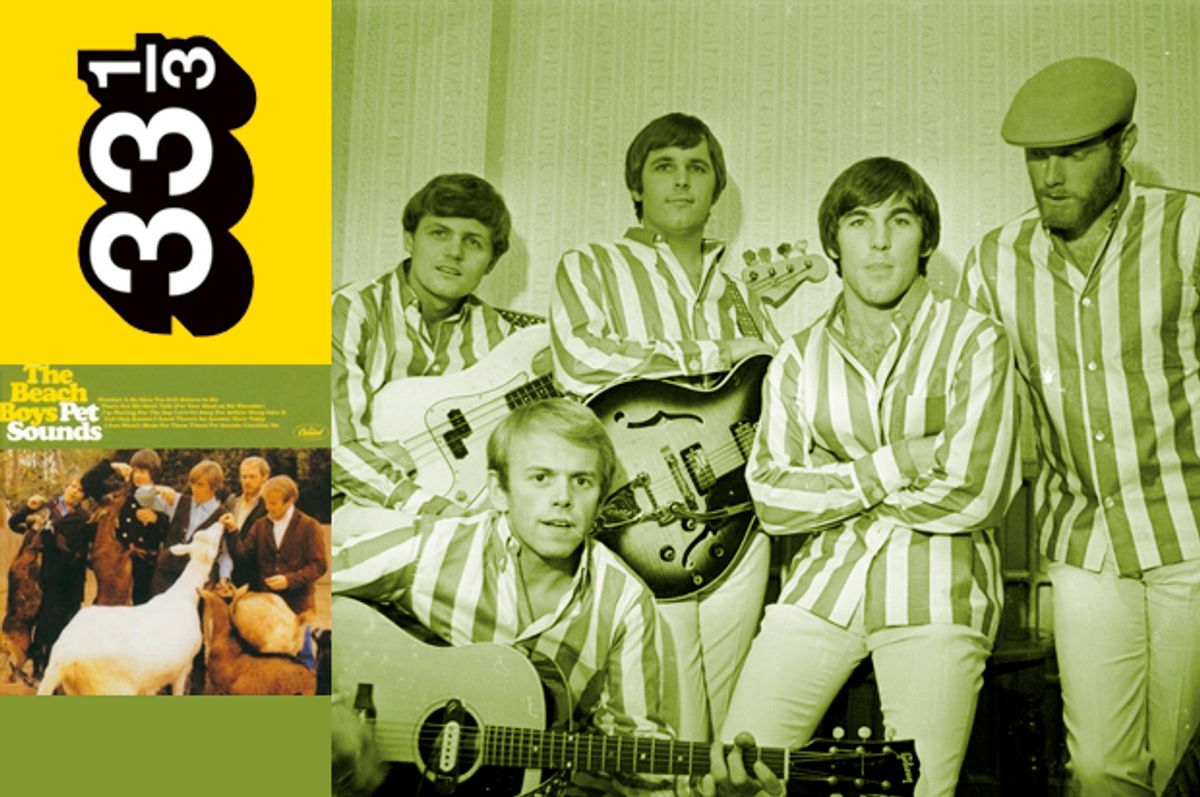 "It's a really, really great song," said Paul McCartney. "It's a big favorite of mine."

"God Only Knows" is the song that corroborates the impression made by almost all that precedes it on Pet Sounds. It confirms what you suspected as you listened to "Wouldn't It Be Nice" and "Sloop John B," and to "You Still Believe in Me" and "Don't Talk (Put Your Head on My Shoulder)"—that Pet Sounds is extraordinary.

"Really, really great" doesn't quite say it, though such acknowledgment from McCartney is high praise. "God Only Knows" is sublime. As in "transcendent" and "awe-inspiring." If you hear it, and ponder it as you let it engulf you, you begin to understand the depth of its statement, especially in this context. And its sense of wonder begins with the lyric and the invocation of the word "God."

Love, Brian [Wilson] and [collaborator Tony] Asher say here, is as vast as the universe, and a reason for existence. And yet there are things bigger than love. There are things greater than two people and their love. In other words, dear heart, you may be my everything but you are not everything. We are a long, long way from "Lonely Sea" and "Surfer Girl."

The song opens with the line "I may not always love you."

Forget for a moment the audacity of beginning a love song with that phrase. Consider what it means when hitched to what follows:

I may not always love you,
But long as there are stars above you,
You'll never need to doubt it.
I'll make you so sure about it.

We see two people here, together, at this moment and what they have is profound, and as long as the universe exists, whether or not they remain together, she will know the depth and strength of his love.

Why? Because he needs her.

The next line: "God only knows what I'd be without you." If I don't have you, he's saying, and that profound love, I cannot fathom what I would be. This sentiment is confirmed, and expanded, in the next verse:

If you should ever leave me,
Though life would still go on, believe me,
The world could show nothing to me,
So what good would living do me?

Without her, he has no reason to live.

"God Only Knows" is, at the same time, a mature proclamation of love and another desperate plea. And it's a distillation of what much of Pet Sounds is about: the sense that if we surrender to an all-consuming love, we will never be able to live without it. And, though we're uncertain that the reward is worth the risk, we yearn to surrender.

The love Brian envisioned was worth more than life.

In 1964, while the Beach Boys were on tour, Brian wrote to Marilyn [Rovell] each and every day. He ended one lovely letter with this phrase: "Yours 'til God wants us apart."

There is an appropriate majesty to the arrangement of "God Only Knows": the French horn intro over the staccato A major and E major chords on piano and the bells that reinforce the concept of church. Clever clipclop percussion roots it in its youthful perspective, and links it to other songs on the album, and the subtle string quartet that enters, along with a tambourine, at the beginning of the second verse is sublime. The instrumental interlude is a bit of wake-up call, and it vanishes as quickly as it appeared.

But Brian came pretty close to writing himself into a dead end. There's really nowhere to go coming out of the bridge, which modulates to G major from D major but ends with a D major-A major-B minor pattern. Thus, when the song returns to D major, it must do so from the B minor, which is kind of static change, particularly when the next chord is a B minor with only a slight variation in the bass.

But the vocal arrangement in the bridge is brilliant, and it masks the dilemma. Carl [Wilson], Brian and Bruce [Johnston] reprise the theme played by the French horn over some doowop sounds, and the three principal voices, seemingly coming from different planes, build, build and eventually swoop down, creating a sound very much like a romantic sigh. This startling glissando meets the string quartet and glides flawlessly into the verse. As Charles Granata says, it is "the most thrilling Beach Boys harmony on record." And it delivers Carl to the verse as if he rode in on a cloud.

Brian wanted to sing lead on "God Only Knows," but he knew Carl would do better with the loving, introspective lyric. He told him to take it easy and just let it flow. Carl nailed it. His voice is so soft and sweet, so young with a suggestion of mature apprehension. When Brian sang it, it was sweet and youthful too, but that hint of tentativeness isn't there, and his voice is brassy and a smidge too strong when he shifts to falsetto.

Carl sounds like a little angel. "It is so beautifully written, it sings itself," Carl said.

Well, yes, if you have a voice like Carl's. The melody of "God Only Knows" is beautifully written, but in typical Brian fashion, it eases upward and upward—until the title phrase in the verse. And it leaps unexpectedly in the second and fourth lines of the verse. Carl handled it all with ease.

One the few joys of seeing the Beach Boys in concert after the majesty of Pet Sounds, the number one hit single "Good Vibrations" and the commercial and artistic decline that began with Smiley Smile was to hear Carl sing "God Only Knows." Even after adding a few backing musicians, the group really couldn't replicate Pet Sounds in a live setting with their limited instrumentation. But there Carl would be, up on stage, in the warm spotlight, his head tilted slightly to the side, a look of utter contentment on his face, and he would offer a sweet, understated "God Only Knows" that would be the musical high point of the program.

On Pet Sounds, the complex vocal tag on "God Only Knows" is just Carl, Brian and Bruce overdubbed several times. Brian's falsetto deliberately mimics the French horn theme, and the three singers form an agile chorus in which voices appear and vanish, only to appear and vanish again. It's so beautiful, so effective that it's easy to miss how complex the parts are and how they dance around each other to form a cohesive and thoroughly lovely statement.