Trump body-slams media, then plans cuts to programs that aid his supporters

Trump's rants against the media may be a vast distraction, while he quietly chips away at social programs 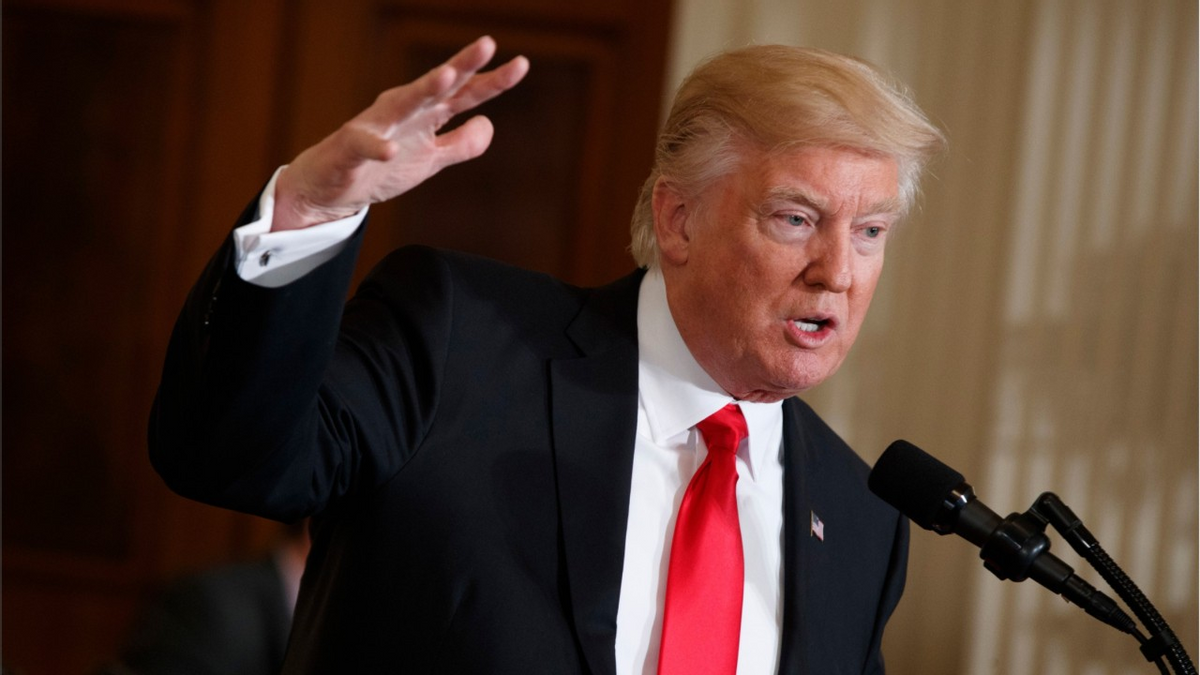 President Donald Trump reportedly wants to eliminate a program that provides winter heating aid for low-income Americans. That policy change, like many others, has largely been buried beneath the ridiculous headlines the president creates for himself — as with his Sunday morning tweet of an edited WWE video that shows him beating up CNN.

Trump's attacks on the media are at least arguably part of a strategy to distract his base from the repeal of Obamacare, proposed budget cuts and other aspects of his agenda that may affect his supporters. In his 2018 budget proposal, Trump wants to end the Low-Income Energy Assistance Program (LIHEAP), which helps struggling Americans pay their heating bills. The administration alleges the program is riddled with corruption and inefficiency, although an Associated Press story published Sunday suggests otherwise.

"It’s beyond my thinking that anyone could be that cruel," 86-year-old Richard Perkins told AP. Perkins lives in Maine, the poorest state in the New England region, and he's worried that he will not be able to keep his house warm this winter because of his dependence on the program. The program already saw some cuts to average benefits under Barack Obama's administration.

Maureen Dowd's column in the New York Times on Sunday also supports the idea that Trump's incendiary tweets are less impulsive and more strategic than they appear. Dowd writes that a close Trump associate told her that the then-candidate had planned his infamous attack on Megyn Kelly in advance ("blood coming out of her wherever"), and rehearsed the line he ultimately delivered on CNN many times before he went on the air.

During the November presidential election, Hillary Clinton won the state of Maine by only 2.9 percentage points, the narrowest margin for a Democrat since 1988.  Yet there and elsewhere, President Trump doesn't mind hurting large portions of his base. A third of the president's supporters "had household incomes at or below the national median of about $50,000," according to the Washington Post. The heating assistance program in Maine alone helped 77,000 people last winter, the AP reported, and those numbers represented less than a quarter of eligible households.

The Trump administration's suggestion that the program is rife with corruption is not supported by evidence. "In Maine, for example, only 100 cases — 0.3 percent of all submitted applications — are being investigated for potential fraud," the AP reported.

Trump's returned to his assault on the "dishonest media" on Sunday afternoon, with another tweet explicitly aimed at rallying his supporters.