When Adele cancelled her tour due to vocal-cord damage, fans threw their own show

The Grammy-winning singer, who previously said she may never tour again, delivered a heartfelt apology to her fans 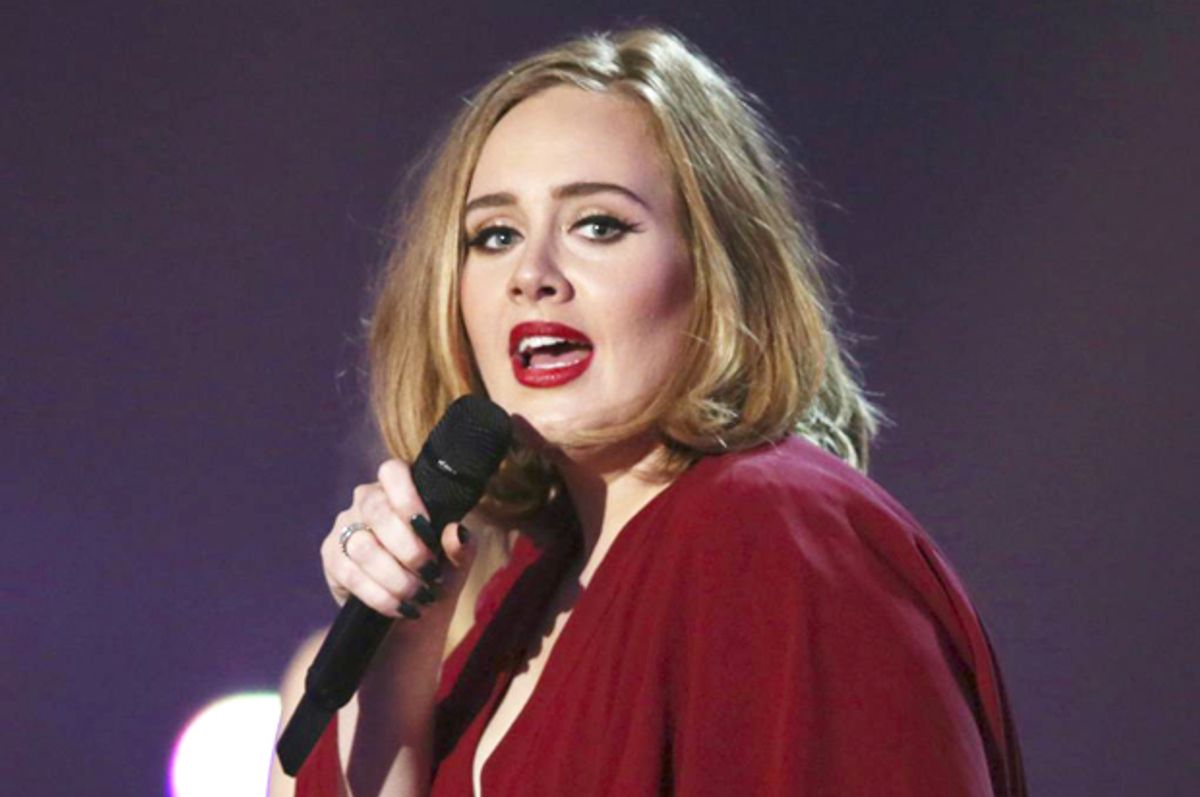 Adele was forced to cancel the final two nights of her tour after the singer said she suffered an injury to her vocal cords in a long apology to her fans on social media.

The Grammy-winning singer performed at Wembley Stadium in London last Wednesday and Thursday, and decided to cancel her final two weekend shows after receiving "medical advice," according to her post. "It turns out I have damaged my vocal cords. And on medical advice I am simply unable to perform over the weekend."

The 29-year-old sold out Wembley Stadium and broke attendance records drawing nearly 98,000 fans to what was the 120th show of her tour last Wednesday, according to Variety. In her apology she said she even considered lip-syncing in her final to shows but she said she's never done it "and I cannot in a million years do that to you. It wouldn't be the real me up there." Last week she said that this tour could be her last.

But Adele's cancelations didn't stop her die-hard fans from turning out even if the singer wouldn't be there. Fans showed up outside Wembley and began singing her songs.

"Some devoted fans even brought guitars and microphones for their performances. What’s more, the craze even spread as far as Oxford Street, where a girl performed with a piano in the middle of the pavement," The Independent reported.

Besides attendance records, Adele also broke her own profanity record when she cursed a total of 56 times in between songs during her shows last week. "Fuck me, I’ve never been so fucking scared in all of my fucking life," the singer said as she greeted her fans for the first time that night.