An act of true patriotism: Fly the American flag upside down this Fourth of July 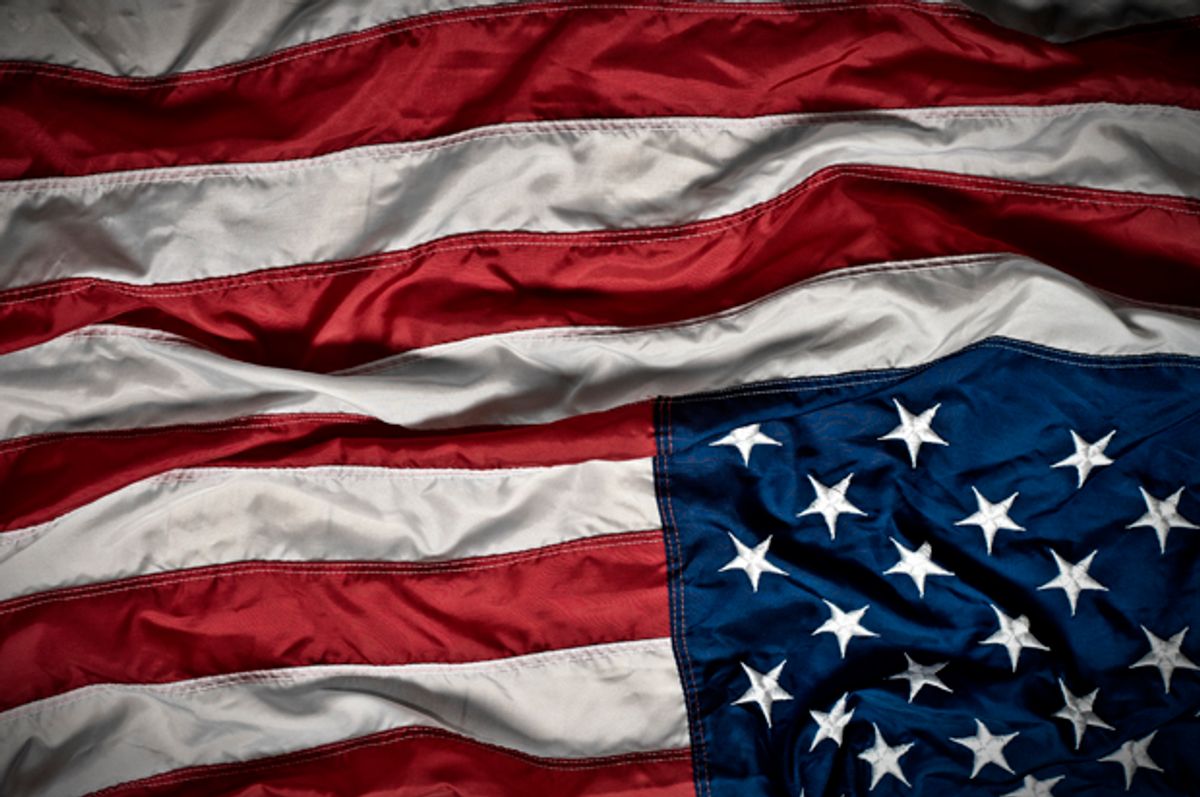 Independence Day is America's birthday. This July 4 will be the first with Donald Trump as president of the United States. The country is in distress. Donald Trump and the Republican Party are largely responsible.

They are trying to impose a "health care" bill that can reasonably be called a crime against humanity. It is likely to kill tens of thousands of Americans each year and leave millions more sick, suffering, miserable, homeless, in pain or in financial ruin.

Trump and his 2016 presidential campaign are under federal investigation for conspiring with a foreign power to undermine American democracy (and thus disenfranchise millions of Americans) by stealing the 2016 election from Hillary Clinton. Whatever the investigation may reveal, this is an unprecedented event in American history.

The social safety net and the very idea of the commons have been targeted for destruction by Donald Trump and the Republican Party. Their Malthusian politics have no use for the poor, the weak, the elderly and any other groups deemed to be "useless eaters."

In all, America's citizens have been traumatized, the national mood is sour, racism and bigotry are publicly resurgent, and political violence is on the rise. The American people are also at war with themselves: Many of Trump's supporters appear to live in an alternate reality created by their Great Leader and the right-wing propaganda machine. For Trump's voters, up is down and day is night. Through Trump's presidency, they wish to impose their political cult on all other Americans.

Ultimately, Donald Trump has debased the office of the presidency. The Republican Party and the corporate news media enable him. To a large extent, the United States has been made a mockery before the world in less than six months of the Trump presidency.

The United States is a country that is truly in distress. I offer the following proposal. On this first Independence Day under President Trump, people of conscience and true patriots should fly the American flag upside down, as a collective signal of our national distress.

This would signal that the United States is a country where the president is not above the law.

This would signal that Donald Trump does not represent the majority of American people.

This would signal that many Americans do not view Donald Trump as a legitimate president.

This would signal that the American people stand against Donald Trump. More than that, it would symbolize that Americans, as individuals and as a people, are much better than Donald Trump and what he represents.

Flying the American flag upside down in protest against Donald Trump's rule is an important act of symbolic politics. It signals to others that they are not alone and isolated in their opposition to Donald Trump. In fact, those who oppose Donald Trump and the Republican Party far outnumber their supporters.

I am well aware that supporters of the Tea Party flew American flags upside down for several years, in what they perceived as patriotic protest against former President Barack Obama. But patriotism cannot be surrendered to the right-wingers, the zealots, the jingoists and the racists. It is time for the rest of us -- the vast majority, who support a pluralistic, forward-looking vision of America -- to reclaim it.

Flying the American flag upside down in protest on this Fourth of July holiday can also help to sustain and inspire other types of political behavior, including protests, strikes, voting, organizing and the day-to-day corporeal politics of resistance that are necessary to protect American democracy from Trump and his allies.

This Fourth of July, fly the American flag upside down. It is not anti-American or unpatriotic: It's the most patriotic thing you can do to celebrate our national independence. Tell anyone who asks, "Donald Trump is not my president. Not in my country. Not in my name."