As the president of Harvard University, Faust broke through one of the highest glass ceilings in academia 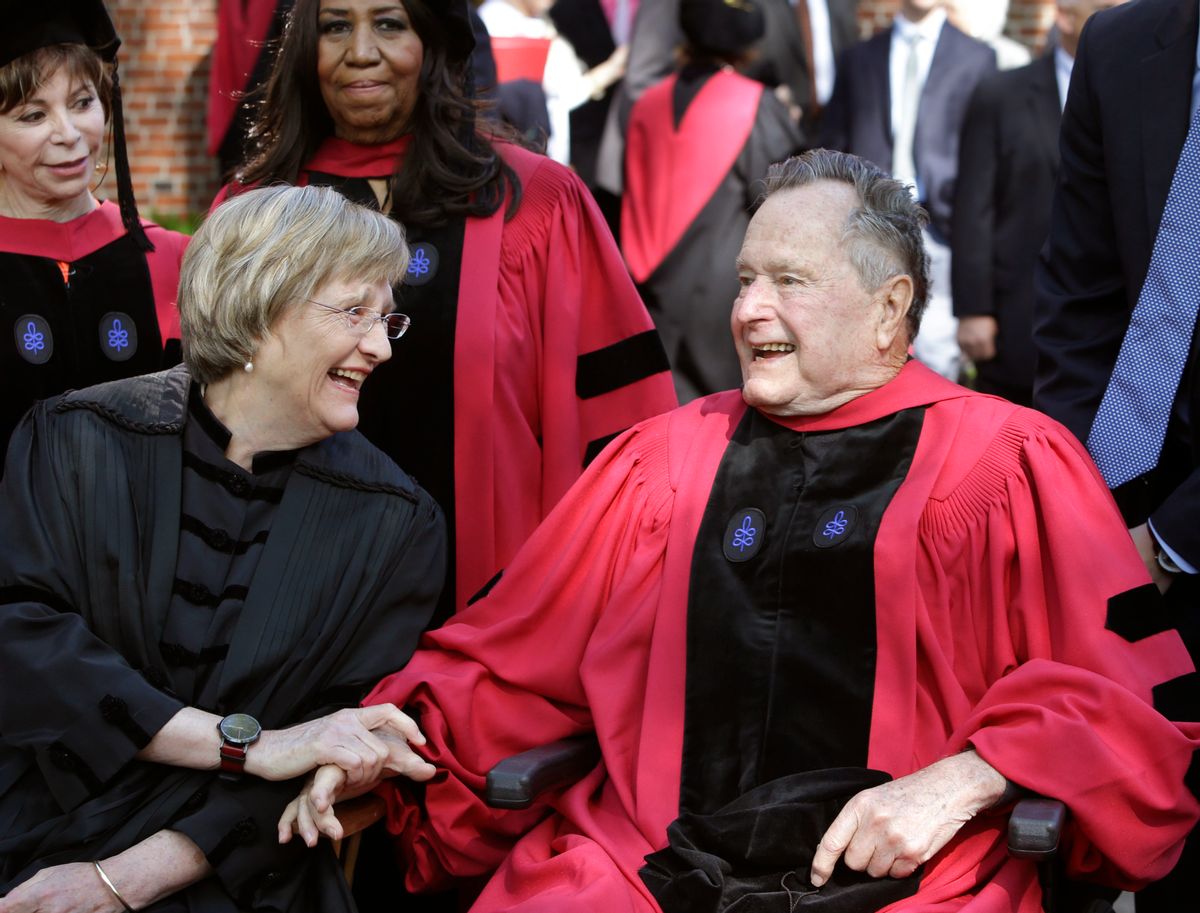 If your perception of higher education is that it’s led by aging white males, you’re right. According to a report released this week by the American Council on Education (ACE), the average college president in 2016 was a 62-year-old married white male with a doctorate.

One recent exception was Drew Faust, who was appointed Harvard University’s first-ever female president in 2007. The comings and goings of modern university presidents don’t typically warrant much public attention, but Faust’s retirement announcement last week was covered by The New York Times, the Washington Post and many other leading media outlets.

Why the attention? While it’s true that Faust made important contributions to the university (shepherding Harvard through the financial crisis of 2008 and grappling with the college’s historically exclusive culture), her efforts were not, in my view, groundbreaking. However, as the first woman to lead arguably the most well-known university in the world, Faust broke through one of the highest glass ceilings in academia.

As a scholar of higher education leadership, I’ve seen how Faust’s tenure at Harvard represents an important, albeit slow, change in the diversity of college presidents – a change that still fails to reflect the demographics of the population of students. Her retirement is also at the leading edge of an impending tidal wave of retirements that presents a possibility to reshape the leadership of our colleges and universities.

Why should we care who leads our colleges?

The average citizen would likely have a hard time naming five out of the more than 5,000 sitting college presidents in the United States. Exceptions might come when well-known politicians step into the role or when a scandal forces someone to step down.

In short, universities have become some of the most important anchor institutions in our communities. Who leads them and how they are led can have a lasting impact not just on the institutions themselves, but on the surrounding communities and our entire nation.The slowly diversifying presidency

In many ways, Drew Faust represents most characteristics of the average college president: She is white, married and over 65 years old. Indeed, according to the ACE report, the college presidency is older and whiter than it was five years ago.

And despite numerous changes since the 1980s (technology alone has seen the advent of smartphones, social media and the internet), the profile of the college president has remained remarkably the same.

Importantly, this profile largely does not reflect the students that universities serve. In 2015, 40 percent of students in public four-year institutions were from nonwhite backgrounds. And, more than half of the presidents surveyed by ACE indicated that racial issues on campus were more of a priority than they were three years ago.

The good news is that minority presidencies are up since 2006 — increasing from 13 to 17 percent. Unfortunately, that modest increase is still not nearly reflective of the changing student demographics and masks a significant drop in Hispanic female presidents.

As for female presidents, Drew Faust’s appointment was not just important for Harvard; it was also representative of a broader trend of bringing more women into these roles. As of 2016, 30 percent of college presidents were women — three times the number in 1986 when the survey was first conducted. Yet, this is still far behind the 57 percent of college students that are women.

Changing pathways to the presidency

Eleven percent of presidents are over the age of 71 — more than double the number just five years ago. And about one in four reported that their previous role had been as a president or CEO. In other words, universities seem to be appointing experienced candidates.

However, at some point, those at the end of the presidential pipeline will eventually exit it. More than half of the presidents surveyed by ACE indicated they intended to leave their current presidency within five years.

That will give universities the opportunity to bring new talent and experiences into these leadership roles. But where will they come from?

The traditional path to the presidency has long been this: professor to tenured professor to dean to a chief academic officer (commonly called the provost or vice president for academic affairs). Indeed, this still remains the dominant path.

Yet, more and more presidents are skipping the vice presidency on their path to leadership. Drew Faust was appointed as Harvard’s president after serving for six years as the dean of Harvard’s Radcliffe Institute for Advanced Study. According to the Pathways to the Presidency report, this is a very recent trend – one that likely indicates that the next generation of academic leaders believe the traditional pathway is too long.

The impending retirement wave, coupled with pulling more presidents from earlier stages, will likely drop the average age of the presidency. But these traditional pipelines to leadership remain the province of white men. As long as that remains the case, diversity among university presidents will likely remain low. For example, the State University of New York (SUNY) system, where I am a professor, has implemented programs purposefully created to recruit and prepare a more diverse set of deans, provosts and presidents. Other universities and organizations across the country are implementing similar programs.

A changing of the guard

Today’s college president is expected to be a mayor, city manager, CEO, academic and fundraiser. In some cases, they oversee physical plants that include housing, hospitals, airports and even nuclear reactors. Their operating budgets are in the hundreds of millions of dollars and they oversee thousands of staff and students. No doubt, it’s a complicated position.

But, these individuals also live within a rapidly changing social fabric and lead institutions that have long served as social anchors. As a group, our nation’s college presidents have an ability to help us collectively navigate these changing times.

As a nation, I believe we need colleges and universities that are forward-looking, responsive to the changing environment and willing to engage in meaningful change. This means that we need a diverse, thoughtful group of university leaders who both appreciate and can advance these agendas. Will we see the profile of the college president change? And, if the profile changes, will we see our colleges change along with it?