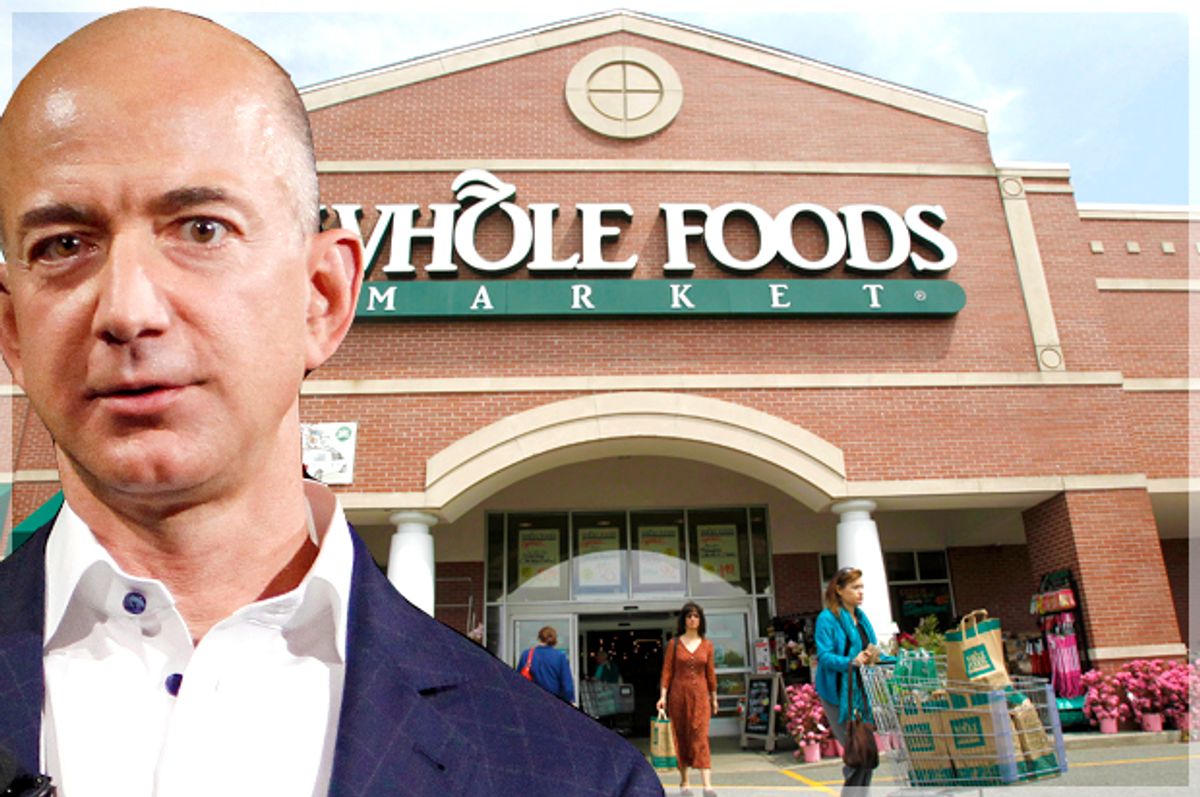 As an Associated Press article joyously put it, "The U.S. job market has settled into a sweet spot of steadily solid growth." At long last, the American dream is back for working families, right? Well ... in a word: No. Further down in the article, AP's sweet news turns sour with this little admission: "About all that's still missing [in the jobs market] is a broad acceleration in pay."

In other words, you can find work, but getting paid for it is another matter. And forget about such "luxuries" as health coverage, pension, sick leave, vacation time and having a regular schedule. These are not jobs, they're jobettes! Most are in service work — such as fast-food chains, amusement parks, nursing homes, big-box retailers, car washes, delivery services, supermarkets and call centers. Nearly all are poorly paid, temporary, offer little or no upward mobility and are routinely exploitative.

Ironically, the fact that so many families have been in dire economic straits for so long that they now have to take such onerous, one-sided terms of employment increases the power of low-wage corporations. With hundreds of thousands of people scrambling at once to find jobs, the bosses can effectively conspire to hold pay levels down and get away with treating hires as disposable cogs in the corporate profit machine. Indeed, the phenomenally bloated profits they've been enjoying are largely extracted from the labor of underpaid workers. And in a double irony, corporations rationalize the obscene salaries and bonuses they give to top executives by pointing to those same profits the executives take out of the workers' paychecks.

As an example of how dire the economy is, let's look at Amazon's recent purchase. Wall Street analysts tell us that mega-rich Amazon's $14 billion buyout of Whole Foods Market is a win-win for the two corporate powers — and that consumers will win, too, for Amazon intends to lower the organic grocer's prices.

Really? How? By using its amazing computer-driven focus on efficiency to cut the cost of selling food, the all-knowing analysts say. Really? But are efficiency and price all that food shoppers care about? When Amazon cuts costs, it's really cutting people — sometimes cutting them to death, financially speaking. It ruthlessly squeezes suppliers, for example, demanding that they give bankrupt-level wholesale prices to the retail colossus. That means that small organic farmers and food artisans are destined to be squeezed out of Whole Foods, displaced by deep-pocket, global food-makers who're willing to cut corners on quality and the environment in order to get on Amazon's grocery shelves, further hurting the small business economy.

Then there are all those helpful, generally cheerful Whole Foods workers who give shopping a human touch. But Jeff Bezos, Amazon's CEO, views workers strictly as costs, not as assets — and remember that his scheme to jack up the grocery chain's profit is to cut costs — aka, people. In fact, he's already testing a convenience store concept that has no cashiers to interfere with the efficiency of your shopping "experience," using computer sensors to take your money, instead of paying bothersome humans to do the job of checking you out and — God forbid — conversing with you, thus continuing the decimation of our workforce.

Oh, another plus of connecting to customers electronically is that Amazon's computers will track and record our every move and purchase in its grocery stores, building a detailed personal profile on each of us in order to . . . well, to do what? And why?

According to the calendar, we're living in 2017, but the Brave New Future of Amazon's electronic, robotic Whole Foods Market tells us we're living in the corporatized version of "1984," where the human need for jobs and personal relationships are subverted to the corporate love of automation and avaricious profits. This selfish, self-perpetuating expansion of inequality is no "sweet spot" of solid growth — it's the sign of a severely sick economy ... and it will kill all hope of a democratic America unless We the People rise up to reject the plutocratic profiteers and politicians who're inflicting such deadly disparity on our society.