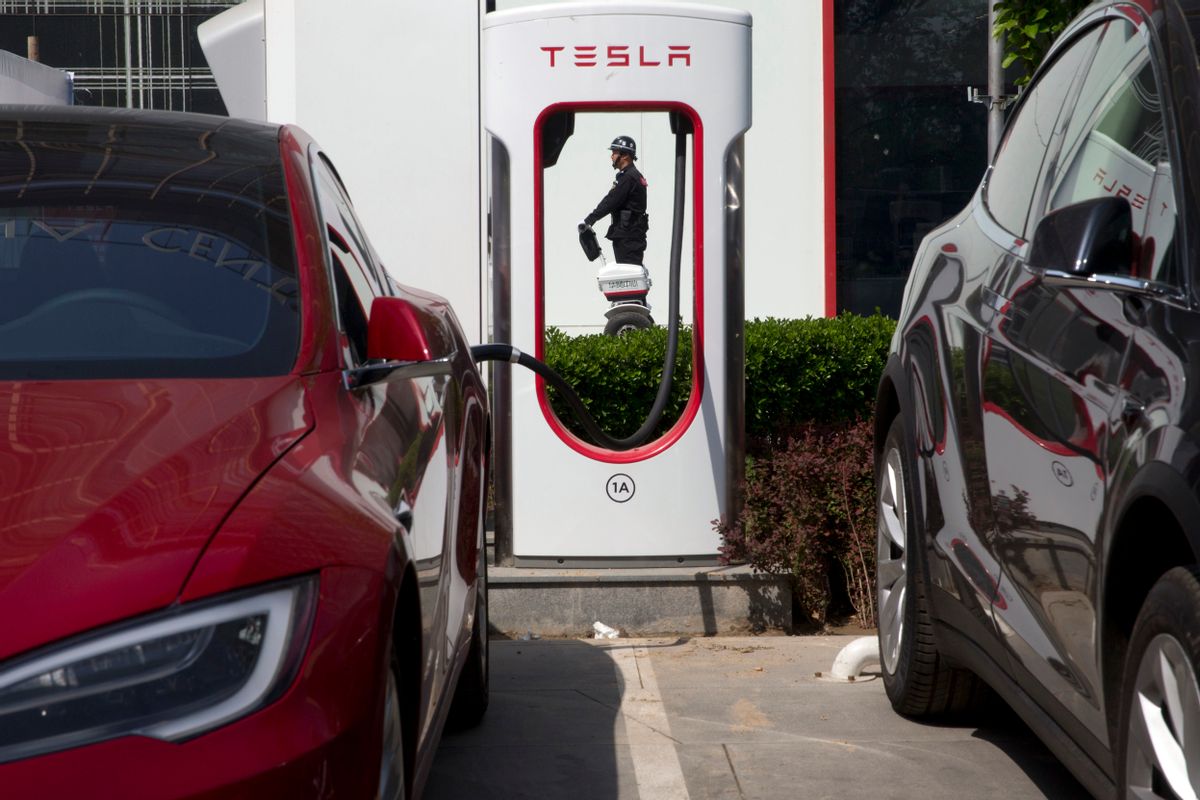 With President Trump’s announcement to pull the United States out of the Paris Agreement, many other countries around the world — and cities and states within the U.S. — are stepping up their commitments to address climate change.

But one thing is clear: Even if all the remaining participating nations do their part, governments alone can’t substantially reduce the risk of catastrophic climate change.

We’ve studied the role of the private sector in addressing climate change, and we’re convinced that the next stage is going to require more than just political agreement. What is needed is a concerted effort to mobilize private action — not just corporations but also religious and civic organizations, colleges and universities, investors and households — to help narrow the gap that remains after the Paris Agreement.

Under current policies, global emissions are on a path toward a world with temperatures more than 3 degrees Celsius (5.4 degrees Fahrenheit) above preindustrial temperatures. The Paris Agreement emphasized the need to keep warming “well below” 2°C and ideally reach a reduction of 1.5°C. The accord includes national pledges to reduce emissions, which are to be updated every five years to move the world closer to the temperature target.

Although the agreement takes a significant first step, without additional steps the world will fall far short of even the more modest goal.

This is the Paris gap — the difference between the goals of the Paris Agreement and what it will actually achieve over the next decade, even if all countries fully comply with their commitments. A detailed scientific assessment by the PBL Netherlands Environmental Assessment Agency found that by 2030 this gap would reach 12-14 billion tons per year even if all countries including the U.S. meet their targets.

The Paris Agreement sets up a process for countries to add new commitments for the period after 2025, but here’s the catch: The Paris gap is so large that waiting until then brings risks. Although no one can predict all the effects of a global temperature increase of 3°C or more, an increase in this range will almost certainly amplify the frequency and severity of deadly heat waves around the world. It will also increase the likelihood of crossing tipping points that could make the consequences of climate change, such as sea level rise, much worse. Waiting a decade for additional national commitments is a risky option.

So how should we close the Paris gap? Until now, global climate change efforts have largely focused on actions by national, regional and local governments – all of which will be critical to closing the gap. But governments are not the only actors that can make a difference: corporations, citizens and nonprofits can make an important, and perhaps essential, contribution, even if they cannot solve the entire problem.

We’ve already seen private actors respond to the U.S. withdrawal from the Paris Agreement. For example, the We Are Still In initiative is a coalition of businesses, colleges and universities, and cities and counties. And on June 20, the Climate Leadership Council — a collection of big businesses, environmental advocacy groups and individuals — launched, calling for policy action on climate change.

Our assessment finds that private actions can close 10 percent to 30 percent of the Paris gap over the next decade. This can reduce the cost of climate mitigation and allow the politic consensus to catch up with the scientific consensus, although it is not a substitute for government action.

Private actors — including corporations, civic and advocacy groups, private citizens, and even the Catholic Church — played an important role in pushing nations to make commitments in Paris, but lobbying for government action is not the only role for the private sector. These private actors are sources of emissions that can reduce emissions directly and independently of government policies.

In an article published in the Columbia Environmental Law Journal, we have shown how private climate efforts can deliver a billion tons of emissions reductions per year over the next decade from the corporate and household sectors. These reductions are not enough by themselves to limit global warming to 2°C or 1.5°C, but together with national and international efforts, they can improve the odds of preventing catastrophic climate change.

Corporations can make significant reductions in emissions by increasing energy efficiency, investing in research and development, and insisting on emissions reductions from suppliers. For example, Walmart’s recent joint initiative with the Environmental Defense Fund reduced Walmart’s cumulative supply chain emissions over the last five years by 28 million metric tons of carbon dioxide, and Walmart recently pledged to reduce its cumulative emissions between now and 2030 by one billion tons, which would be equivalent to the entire emissions of the U.S. Iron and Steel Industry over that period.

At the household level, efforts to improve the energy efficiency of homes and provide households with feedback on their energy use, including real-time data on energy use, data in monthly bills and energy efficiency ratings for residential rentals and sales, can make a significant impact on emissions. As we have shown in an article in the Proceedings of the National Academy of Sciences, within the next 10 years, simple household energy efforts in the United States could reduce annual emissions reductions by more than 450 million metric tons of carbon dioxide, which is much more than the total emissions by the host country for the Paris Agreement – France.

Nonprofits, such as churches, colleges and universities, hospitals and civic organizations, are also starting to get in on the effort to close the Paris gap, but they can do more. For example, Pope Francis has spoken eloquently about the moral and religious imperative of addressing climate change and has supported the national commitments in the Paris Agreement. We have calculated that the Catholic Church has emissions comparable to a medium-sized country, such as Chile. If the Church made a major commitment to reduce emissions from its own operations, in addition to pushing governments to act, it could make a significant difference on its own.

With or without the United States, the Paris Agreement demonstrates that the international process can take important steps, but it will not yield emissions reductions with the speed and magnitude necessary to achieve its goals. What is needed now is a new focus on the private sector — a global effort by corporations, citizens and nonprofits.