We are still not free: Why I can't celebrate the Fourth of July

How can we celebrate Independence Day in good conscience with so many disenfranchised citizens? 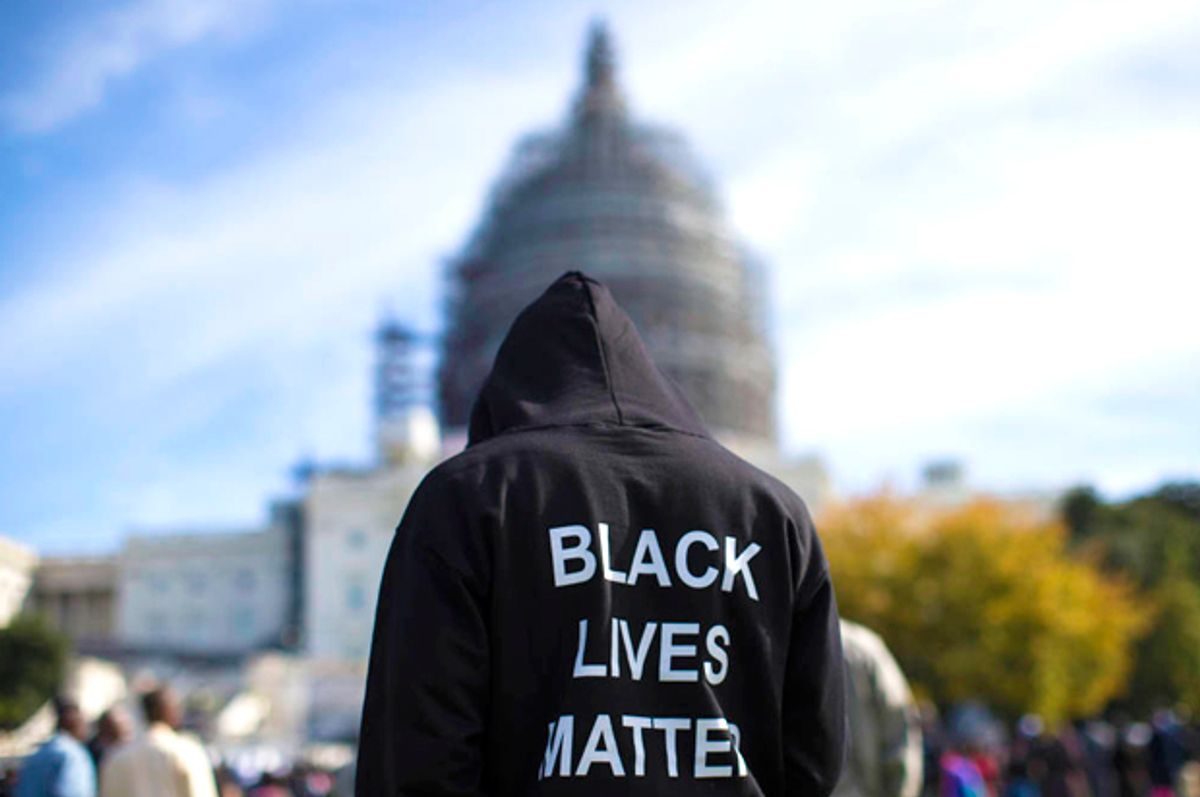 As many gear up to celebrate Independence Day, I think it’s only right to take a step back recognize our citizens who still aren't free. We all know that thousands of enslaved Africans were held hostage in America while the colonists fought for their own freedom from Great Britain. Many of those slaves strapped up and battled the Brits, too, with the hope of being freed after the war­­­­, and it didn’t happen. Andrew Jackson even promised freedom to the brave Africans who protected Louisiana — that  didn’t happen, either.

It would take another 80 years for Lincoln’s Emancipation Proclamation to still not deliver complete freedom to enslaved Africans — at least not the same type of freedom white people in the country enjoyed and continue to enjoy. It’s now been 154 since Emancipation, and 234 years since the American Revolution, and all Americans still aren’t free.

Only some Americans experience fair treatment from our justice system, unlimited employment opportunity, and guaranteed social mobility. That is not a free country, and therefore we don't deserve to celebrate freedom.

Philando Castile was executed over a broken taillight. What laws did Tamir Rice and Rekia Boyd, who were killed by Americans who weren’t held accountable, break? Maybe the same crime as Trayvon Martin and Ramarley Graham, whose killers are also free?

I know Sandra Bland's death was sparked by a failure to signal a turn while driving, and Eric Garner was killed over selling loose cigarettes by Daniel Pantaleo, who still enjoys all of the American freedoms and opportunities he can stand. Walter Scott, a veteran, died over a brake light. Freddie Gray died for running from police officers who represent a department with a dense history of misconduct.

America is a place where a citizen like Samuel DuBose can be killed by a cop over a missing license plate. What capital offense did Oscar Grant commit? The list goes on and on. The bulk of, if not all of, the officers and self-appointed vigilante neighborhood watchmen involved in these killings are free. Knowing this makes it impossible for me to celebrate independence and freedom.

Disconnected readers will respond with pedestrian rebuttals like “if you don’t like it, go back to Africa!” Contrary to what they may believe, I’m from America; I can’t just "go back" to Africa. So I’ll respond with my favorite James Baldwin quote instead: “I love America more than any other country in this world, and, exactly for this reason, I insist on the right to criticize her perpetually.”

Exposing and attacking our country’s flaws is how we truly heal. We don’t let broken arms hang limp in the United States, we cast them. I’d argue that people who are OK with the way things are are the ones who don’t truly love this country or value independence. I won’t be celebrating the Fourth of July until everyone can play, but I’m not surprised by the all of the people who will. After all, it’s 2017 and we still acknowledge Columbus Day.