The auto industry could be in for big trouble soon 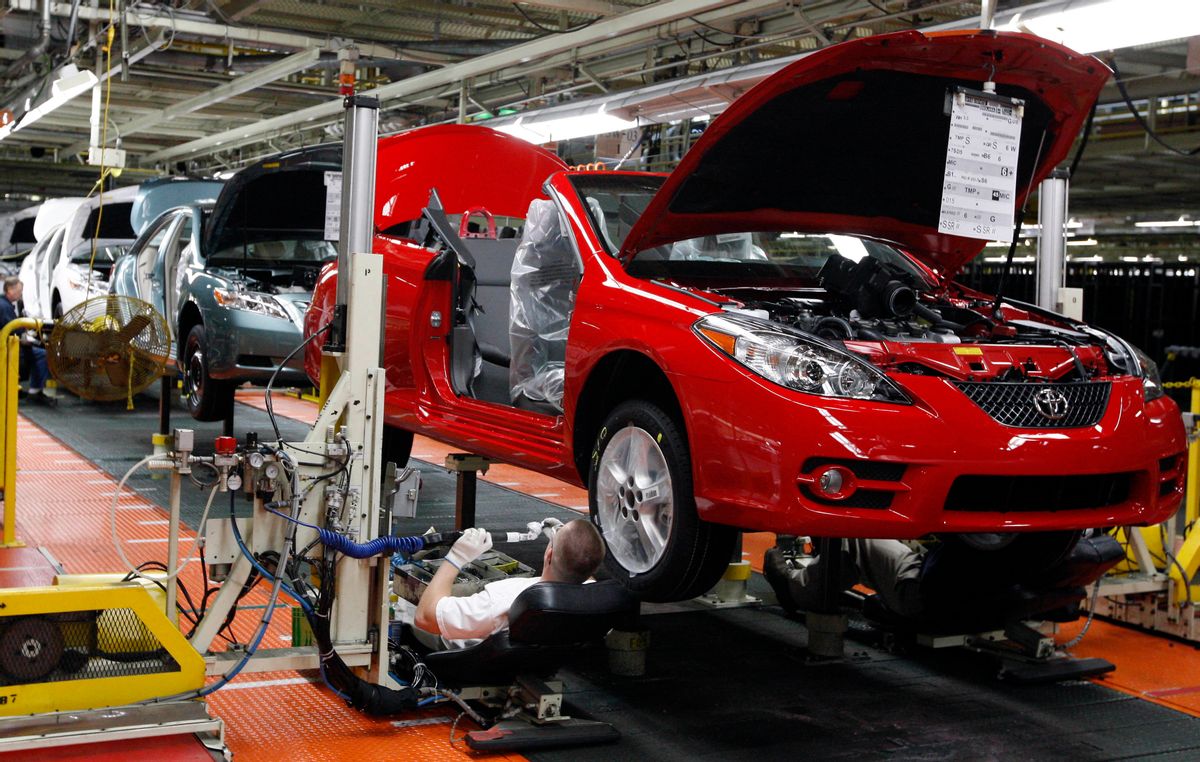 The American auto industry is slowing down, despite two years of record sales and a resurgence since the 2009 recession, according to the New York Times.

For the sixth consecutive month sales dropped in June as demand continues to fall and fewer workers are on on the factory floors. Analysts do not see the trends changing anytime soon, the Times reported. Assembly plants that build passenger cars have experienced the brunt of the fall in demand. Passenger car plants hit a peak of 211,000 workers last year, but have fallen more than 2 percent this year. As of April there were 206,000 workers, according to the Times.

"There’s been a consistent reduction in plant output in the last six months, and what is ahead in the next six months could be pretty startling," Ron Harbour, an auto manufacturing expert at the consulting firm Oliver Wyman, told the Times.

Expensive loans due to higher interest rates, "tighter credit conditions" and "uncertainty around fiscal policies" are to blame, experts have said.

But factories making sport utility vehicles and trucks have done well, thanks to lower gas prices. Sales of small trucks rose 4 percent from last year, the Times reported. That was something President Donald Trump touched on Tuesday night in a tweet.

But what none of the automakers are doing, is creating jobs or constructing new plants in the near future.

"The industry has dramatically expanded employment in the United States in the last several years, but the growth is just not there anymore," Harley Shaiken, a labor professor at the University of California, Berkeley, told the Times.

Auto parts retail stores have also taken a hit recently. For example, O'Reilly Automotive's stock dropped by 20 percent on Wednesday as sales reports were lower than expected, according to CNBC. Stores such as Advance Auto Parts and AutoZone have also seen their shares take a tumble as a result.