The 5 best Bill Murray moments from the making of "Meatballs" 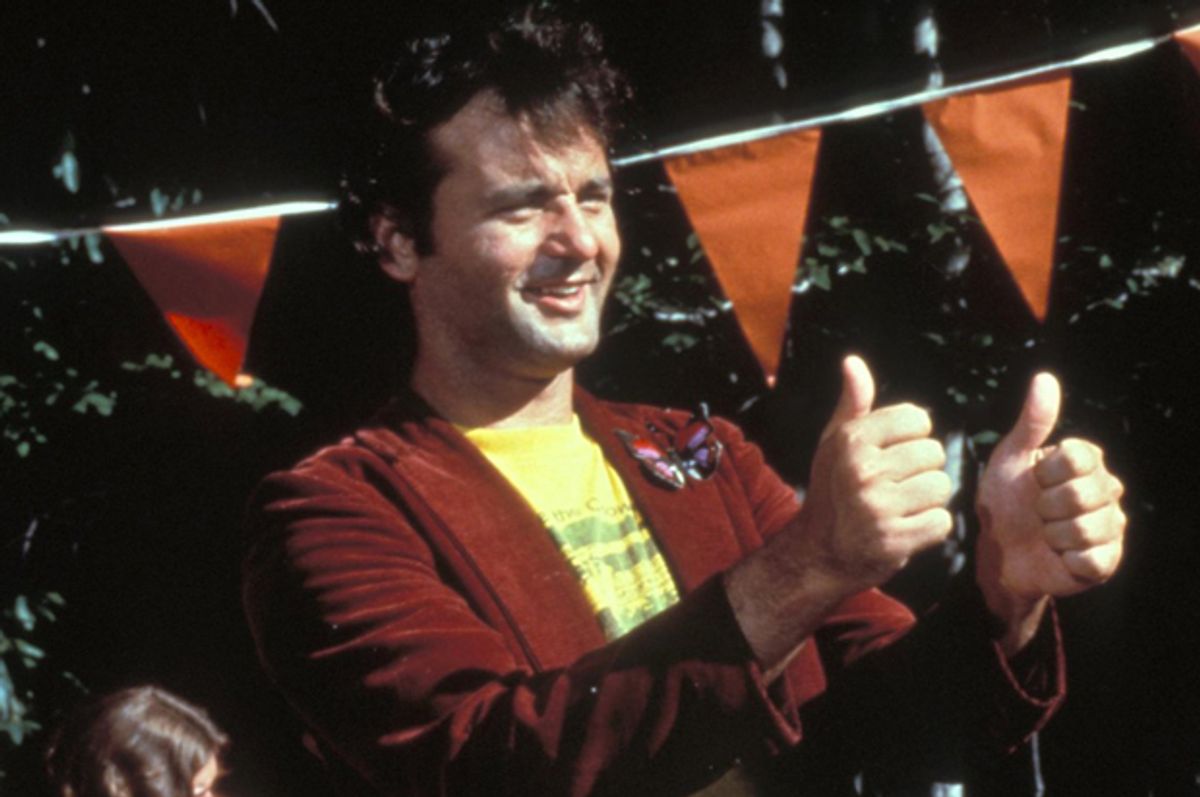 If nothing else, comedy legend Bill Murray is ineluctably Bill Murray. From his sentimental Netflix Christmas special, to his classical-music tour, to his apparent attempt to party with or photobomb every living human being, Murray is a nexus of bizarre, unpredictable and cantankerous joy for all — apparently no less so when he was filming 1979's comedy classic "Meatballs."

Thanks to Vanity Fair, we now have a clearer and ever-more Murray-esque account of the creation of that film, provided by its creators in the form of a highly readable oral history. While director Ivan Reitman and others offer up some truly remarkable moments, none shine quite so bright (and awkwardly) as the various tales surrounding Murray's on and off-set behavior during filming.

Here, collected for your edification, are the five best of those moments. For more visit Vanity Fair's full oral history here.

1. Up until day one of shooting, the cast thought Dan Aykroyd was the star as Murray was touring the minor leagues
Bill Murray was director Ivan Reitman's first — and only — choice to play Tripper, but the new "SaturdayNight Live" star has apparently always been tough to track down. Producer and co-writer Dan Goldberg said they had to send "scripts around to various minor-league baseball clubs, because Bill was touring with baseball clubs, having fun for the summer, taking a break from 'Saturday Night Live.'" Eventually Murray took the bait, but according to Russ Banham, who played Bobby Crockett, the cast had no idea. ''Can you believe we’re in a movie with Dan Aykroyd?'" Banham recalled people saying. "Everybody knew who Dan Aykroyd was. And then we show up for the movie, and there’s Bill Murray. And we’re like, [deflated] 'Oh. It’s the new guy from 'S.N.L.' [Sighs] O.K.'”

2. Bill Murray was very Bill Murray on set, from day one
Reitman recalls that his first day working with Murray was "terrifying" because he didn't know what was going to happen when the cameras started rolling. "I handed him the script—I think it was the first time he was reading it—he flipped through it and said, 'Eh.' And he very theatrically threw it into a nearby trash can."

3. Murray was apparently quite popular with the ladies on set and had a boat
According to Banham, "I had my involvements with certain female cast members and crew, as we all did. None more so than Bill. All the women were bright, funny, talented and eager for a good time, same with the guys." But Murray was a guy's guy, too, as Banham recalls. "All the guys were invited to Bill’s cabin for poker, beer, just hanging out, having a good time, doing shots of tequila, smoking marijuana. He had a boat, and he invited us all on it for an impromptu evening cruise on the lake. We’re all drunk, laughing our asses off. We get on the boat, and there were too many of us, and the damn thing sank," said Banham, who added that afterwards, they went back to Murray's soaking wet and had "a legitimate toga party!" while their clothes dried.

4. The Bill Murray Surprise Story was even a thing back then
Adam Kronick, who was a 17-year-old camper at the time at White Pine, the real Ontario summer camp that served as set with real campers as extras, relates a tale familiar to anyone who's partied or been photobombed with the comic legend. "When my dad wanted to call a staff meeting, and he knew some of them would blow it off, he promised that Bill Murray was going to be there. Of course, he never even talked to Bill. But it was the only way he knew everyone would show up. So the staff is all there at 11 o’clock, and then by 11:30 Bill Murray comes into the staff lounge and says, 'I think I’m supposed to be here?'"

5. Murray saw the film for the first time in Toronto in character — as Hunter S. Thompson
Murray, Goldberg and Matt Craven (who played Hardware) were "in a limo, just driving around and being stupid" — as you do — when Goldberg insisted they stop at a Toronto theater to see the film, which Murray still hadn't yet done. "Bill was in character as Hunter S. Thompson — he was getting ready to shoot 'Where the Buffalo Roam' — and he had a cigarette in a cigarette holder, and he had this sort of detached, caustic air to him. " The theater was packed for the 10 p.m. showing. "Bill was watching — it was the campfire scene, I think — and he’s watching the audience’s reaction, and I saw this sweet little smile come over his face. It was a really unguarded moment. I might be reading into this, but I really felt, at that moment, that he got it. He understood what he’d done, and how special this movie was, and what it meant to people"

Erin Keane contributed to this story.