Women dressed as "handmaids" protest Trump during his Poland visit 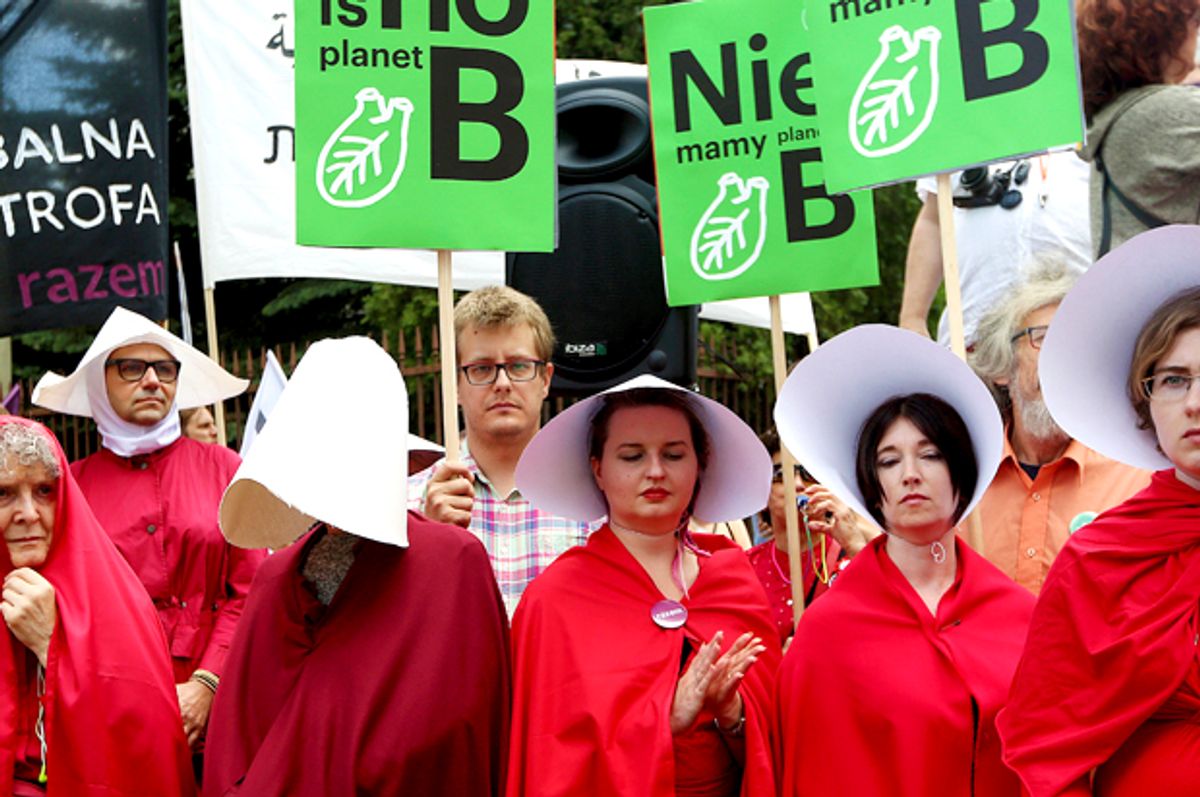 Demonstrators protest against the visit of US President Donald Trump in Warsaw, Poland (AP/Czarek Sokolowski)
--

During his visit to Warsaw, Poland while on a trip to the G20 summit in Germany, President Donald Trump was met with an unconventional, yet powerful crowd. Among a group of demonstrators were a clutch of women dressed in bright crimson robes and white bonnets familiar to fans of "The Handmaids Tale"

The protest took place at Krasinskich Square in the central district of Warsaw where large groups of supporters came to welcome Trump.

Their costumes — inspired by the handmaids in Margaret Atwood’s dystopian novel and the Hulu show based on it — come as a response to the Trump administration's policies on women's rights, from reproductive rights to health care coverage. In Atwood's 1985 novel, women have few (if any) civil rights and "handmaids" are essentially sex slaves used for the sole purpose of reproduction.

Poland isn't the first place to see such protests. Handmaid-inspired demonstrations have popped up in Ohio, Washington D.C., and even Australia. "We deduced to dress in the 'Handmaids'-inspired costumes because the novel/television series presents a dystopia where women's bodies are not their own," Elena Lipsiea, a Planned Parenthood volunteer, told CNN while protesting in Washington, D.C. "This narrative is all too real. We want our senators and administrators to know just how serious we take their legislation and our right to health care. The costumes make a visual statement and demonstrate how seriously we take this."

Although Atwood has not directly commented on the protests, she has retweeted articles praising them.