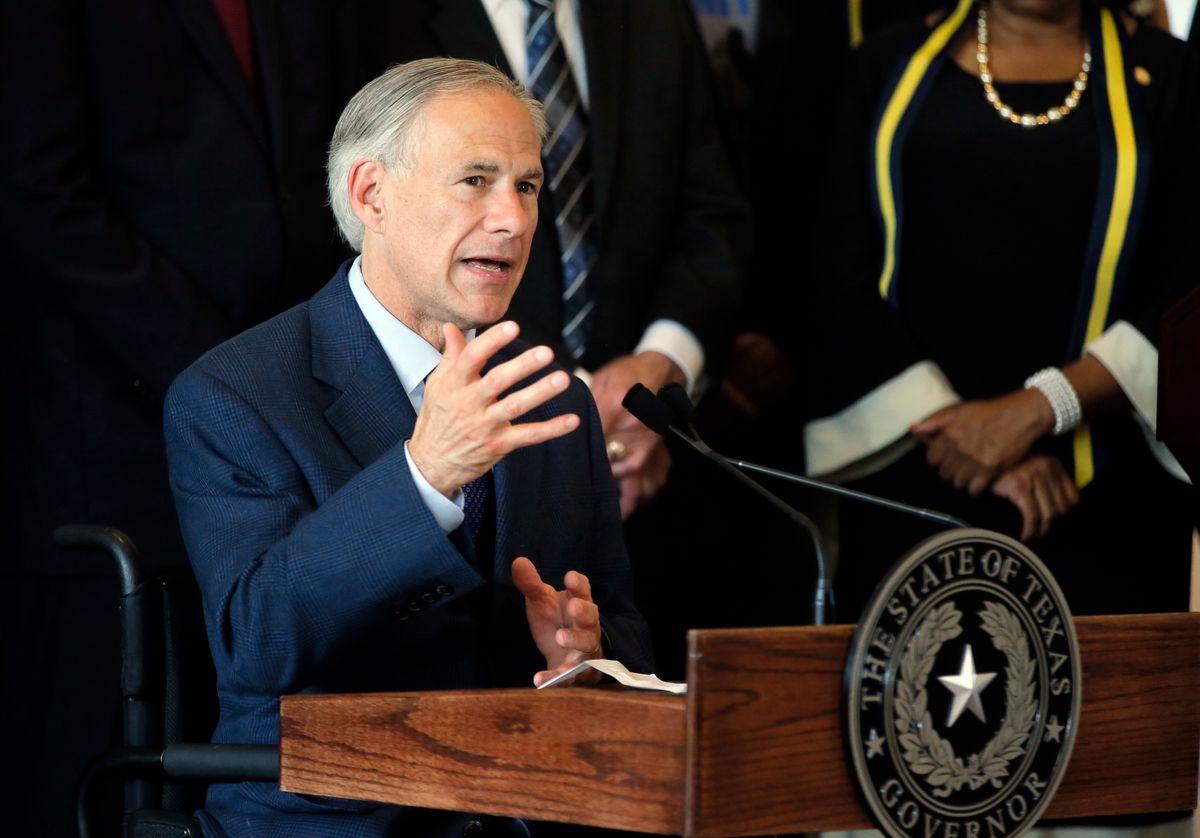 President Donald Trump's "Election Integrity Commission," designed to investigate the "millions of people voting illegally," isn't going well. Its call for to hand over swaths of voters' personal data has been rejected entirely by more a dozen states — including Republican states in the Deep South.

But Texas, the Lone Star State, has no problem with it. Gov. Greg Abbott, a Republican, said Saturday that the state is "keeping private your private information."

The "private information," according to the Texas Tribune, doesn't include "full names of all registrants (including middle names or initials), addresses of most registrants, dates of birth, voting history from 2006 onward, active/inactive status and whether a voter’s registration has been canceled." All that information will be sent to the federal government.

If this seems like a big swing in how Abbot feels about big government, you'd be right. In 2015, he was the main architect of The Texas Plan, which wanted a constitutional convention, the primary goal of which was to "rein in the federal government and restored the balance of power between the states and the United States."

Abbott was a champion of states rights — when former President Barack Obama was in the White House. In 2014, while running for governor, he pledged to "safeguard Texas values" and "keep government small."

"We know what liberty means to the voters who go to the polls," Abbott said in an ad.

During the Barack Obama years, Texas sued the federal government nearly 50 times, according to the Texas Tribune, over issues ranging from the Affordable Care Act to allowing Syrian refugees to be resettled in the state.

One of the first things he did when entering office in 2015 was to wade into the conspiracy theory regarding Jade Helm 15 — a small-scale military training exercise in the desert that conservatives thought was an attempt to impose martial law. Abbott responded not by saying that this was nothing to worry about, but to assure Texans that the state's national guard would be "monitoring the operation" to make sure "Texas communities remain safe, secure and informed occurring in their vicinity."