The world is on the brink of an electric car revolution

Will the shift to electric cars end the fossil fuel industry? 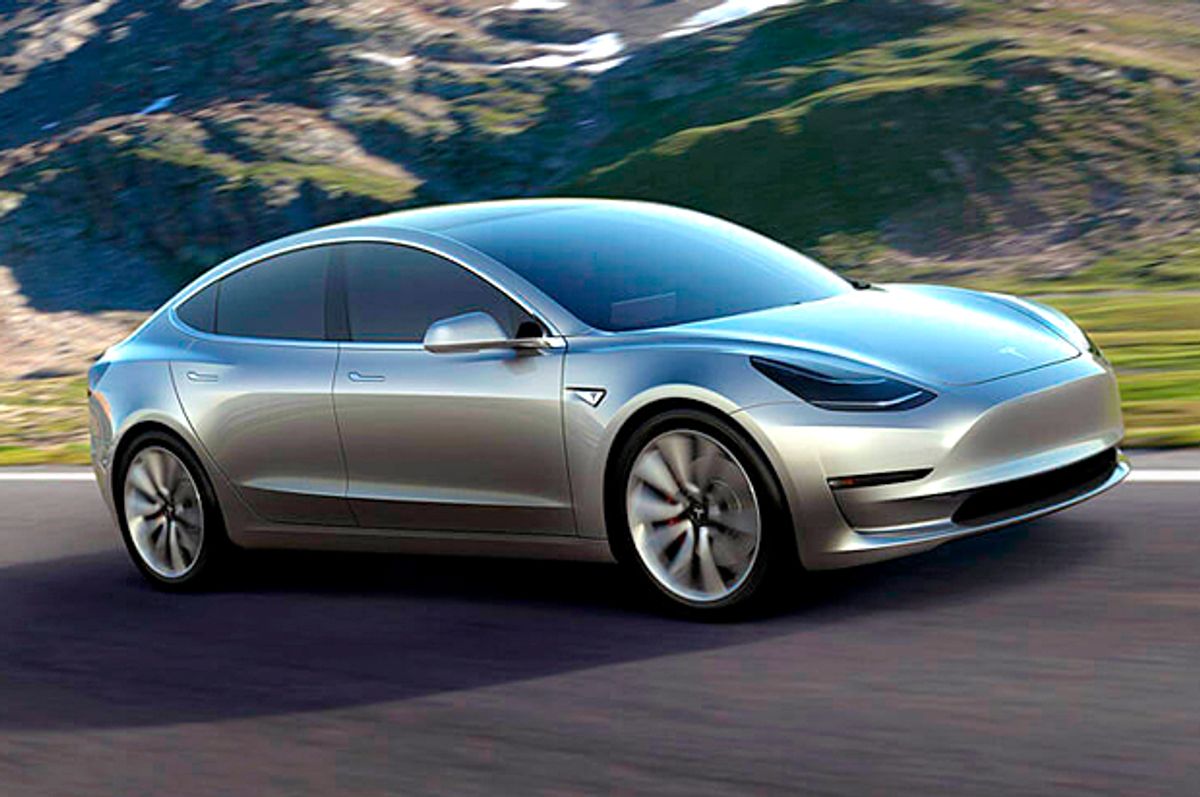 The internal combustion engine had a good run. It has helped propel cars — and thus humanity — forward for more than 100 years.

But a sea change is afoot that is forecast to kick gas-powered vehicles to the curb, replacing them with cars that run on batteries. A flurry of news this week underscores just how rapidly that change could happen.

A quick recap: On Monday, Tesla announced that the Model 3, its mass-market electric car, would start rolling off production lines this week with the first handful delivered to customers later this month. Then on Wednesday, Volvo announced that every car it produces will have a battery in it by 2019, putting it at the forefront of major car manufacturers. Then came France’s announcement on Thursday that it would ban the sale of gas-powered cars by 2040.

All this news dropped just in time for Bloomberg New Energy Finance’s latest electric car report, which lays out why electric cars are the way of the future and when they’re projected to take over the market. The authors said although electric vehicles are currently a tiny fraction of the car market, that market could reach an inflection point sometime between 2025-2030. After that, electric car sales are slated to increase rapidly.

Driven by the falling cost of batteries and the growing number of automakers producing a wider variety of electric cars, Bloomberg NEF expects that electric cars will account for 54 percent of all car sales globally by 2040. That’s a huge uptick from its forecast last year of electric vehicles accounting for 35 percent of all sales.

The shift to electric vehicles will disrupt the fossil fuel industry. The 530 million total electric cars forecast to be on the road by 2040 will require 8 million fewer barrels of oil a day to run.

One of the big pitches for electric cars is their positive benefit for the climate because they reduce the use of oil. But they will require a lot more power from the electric grid. Energy use from electric vehicles is expected to rise 300 times above current demand, putting more strain on power generation.

How that energy is produced will go a long ways toward determining how climate-friendly electric cars actually are. A recent Climate Central analysis looked at all 50 states and found that the energy mix was clean enough in 37 of them to ensure electric cars are more climate friendly than their most fuel-efficient combustion engine counterparts.

That’s a sharp uptick from a 2013 analysis, which found that there were just 13 states where electric cars were cleaner than gas-powered ones, and it’s driven in large part by a precipitous drop in coal use.

While the U.S. is projected to be one of the biggest drivers of the electric vehicle revolution, China and the European Union will also be major players. By 2025, Bloomberg NEF’s projections show that China will be the biggest buyer of electric vehicles in the world, a trend that continues through 2040.

That means how China’s energy mix develops will be one of the most important factors to determining how climate friendly all the new electric vehicles on the road will be.