“Baby Driver” is great, but it won't change the studio franchise system

Edgar Wright’s latest is wonderful, but can anything force Hollywood to alter the summer tentpole franchise format? 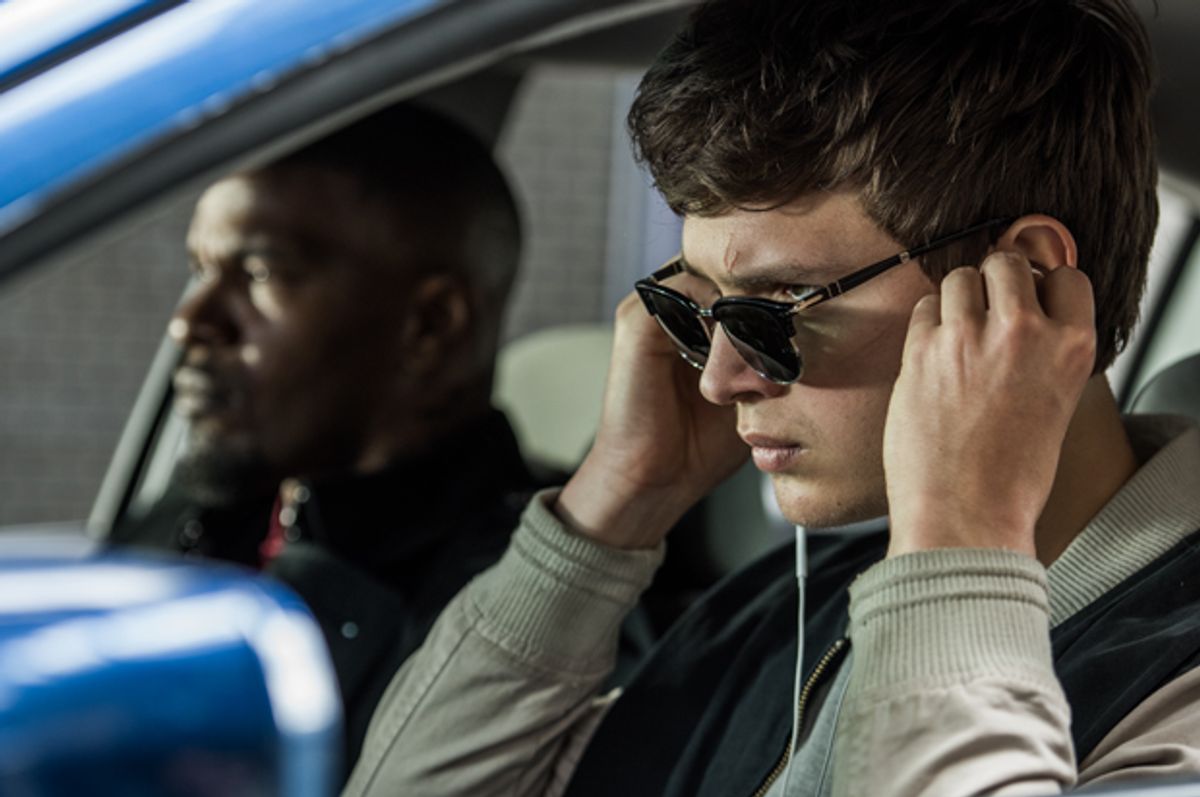 There’s a lane on the figurative major movie expressway that the cinema-covering media is dying to see opened for summer traffic. It would be reserved for new vehicles — ones that look and move differently than the current herd of homogenous bell-and-whistle-decked SUVs. “Baby Driver,” Edgar Wright’s rollicking, operatic sports car of a flick, is a vehicle that is being touted as proof that such a lane is viable.

“If ‘Baby Driver’ clicks, it means executives will be less likely to view ‘Get Out’ as a fluke,” contended Indiewire’s Eric Kohn. Quartz’s Ashley Rodriguez seconded Kohn’s point, writing "'Baby Driver' could prove the case for more original movies in Hollywood.” She added: “It could also persuade more major studios to place bets on titles that don’t have the franchise potential of the superhero genre, but can still turn a healthy profit.”

“Baby Driver” has only been out for a week, but all indications are that it will be the sort of success that Kohn and Rodriguez hoped for. The $35 million film has already grossed $39 million domestically. More than that, it's a smash with both fans (it has a nearly perfect 97% Rotten Tomatoes score) and critics (it’s the top-ranking major studio release of the year on Metacritic, with an 86).

There's reason to hope Kohn and Rodriguez are right here: cinema would indeed be better if more auteurs got studio backing without having to sacrifice creative vision. But the notion that “Baby Driver” could convince studios to change their operating procedures seems like wishful thinking.

This is a three-act film about a young man (white), who drives (fast), listens to a lot of music (mostly rock) and fights (with cars and guns) to escape west with his love (a conventionally attractive woman). The film takes place predominantly in cars and a diner. There are good guys. There are bad guys. The protagonist, Baby, may not wear a cape, but he’s practically invincible behind the wheel. What other classic American film tropes do you desire, Mr. Lipnick?

To think that executives will draw a line from “Get Out” to “Baby Driver” ignores all the other similar dots scattered throughout the 21st century. Even in this franchise-dominated age, every year there is an ambitious, fully original studio film that is successful both critically and financially. Yet, this annual crop of "genre breakers" rarely (if ever) have any impact on studios’ operating procedures.

Christopher Nolan, David Fincher, Alejandro González Iñárritu and Quentin Tarantino are among the few directors who have made careers out of creating films in the “Baby Driver” echelon. But when “Inception” killed, only one person gained freedom and opportunity: Christopher Nolan.

While we may hope that this film might prompt the powers that be to open their doors to more original concepts for the summer season, studio executives will probably only come away from "Baby Driver" with three lessons: 1. Edgar Wright is a commercially viable filmmaker; 2. Ansel Elgort can be a star; 3. People are into car chases, violence and heists. "Baby Driver," in other words, is a film that confirms studios' preexisting beliefs as much as it challenges them.

This may be overly cynical. Yet, the history of movie studios breeds cynicism.(There's already chatter about a "Baby Driver" sequel.) So forgive me if I don’t think that “Baby Driver,” a film that’s more familiar than it is different, will be the movie that makes the industry question the way it operates and become a beacon of artistic experimentation. Artistically ambitious vehicles have a future; it’s just on parallel roads rather than within the old infrastructure.