The German city hosts the summit this Friday and Saturday 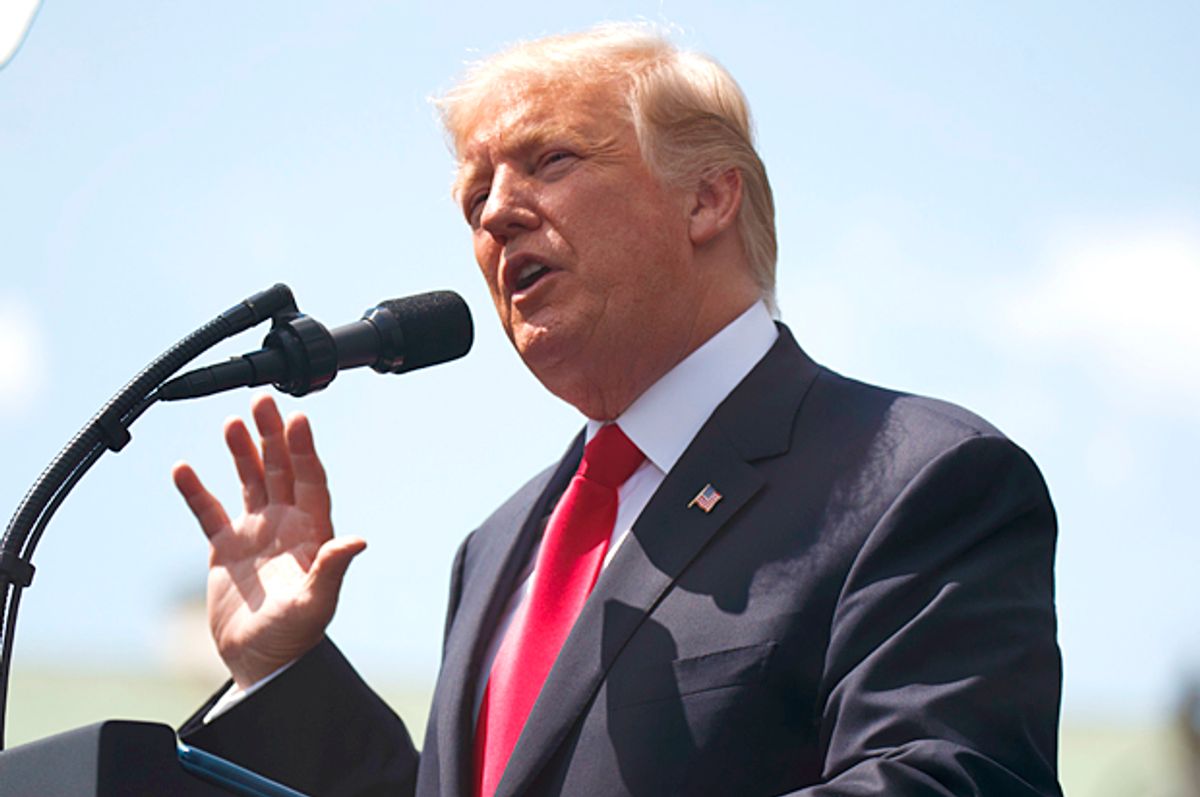 This article originally appeared in AlterNet.

With tensions stoked by pulling out of the Paris Agreement in June, President Trump's arrival for the G20 summit in Hamburg, Germany on Thursday was marked with controversy and protest even before he stepped off the plane. The conference, attended by 19 countries and the EU, kicks off Friday, and tens of thousands of police are already patrolling the city.

Meanwhile, "most of the shops are closed already and even battened down the hatches," observed local resident Paola Cermak. "The first (mostly peaceful) protests already took place. Still Hamburg is bracing itself for an escalation of violence."

Here are 10 of our favorite anti-Trump signs in and around Hamburg:

Summitmenia in Hamburg.... advertising board in town....

Say it with MoPo

#Trump has landed in #Hamburg, he will meet with the leader of the free world tonight at the Atlantic hotel. #g20