Garfield caused a stir online with his comments, but he wasn't the first actor to say he sorta, kinda might be gay 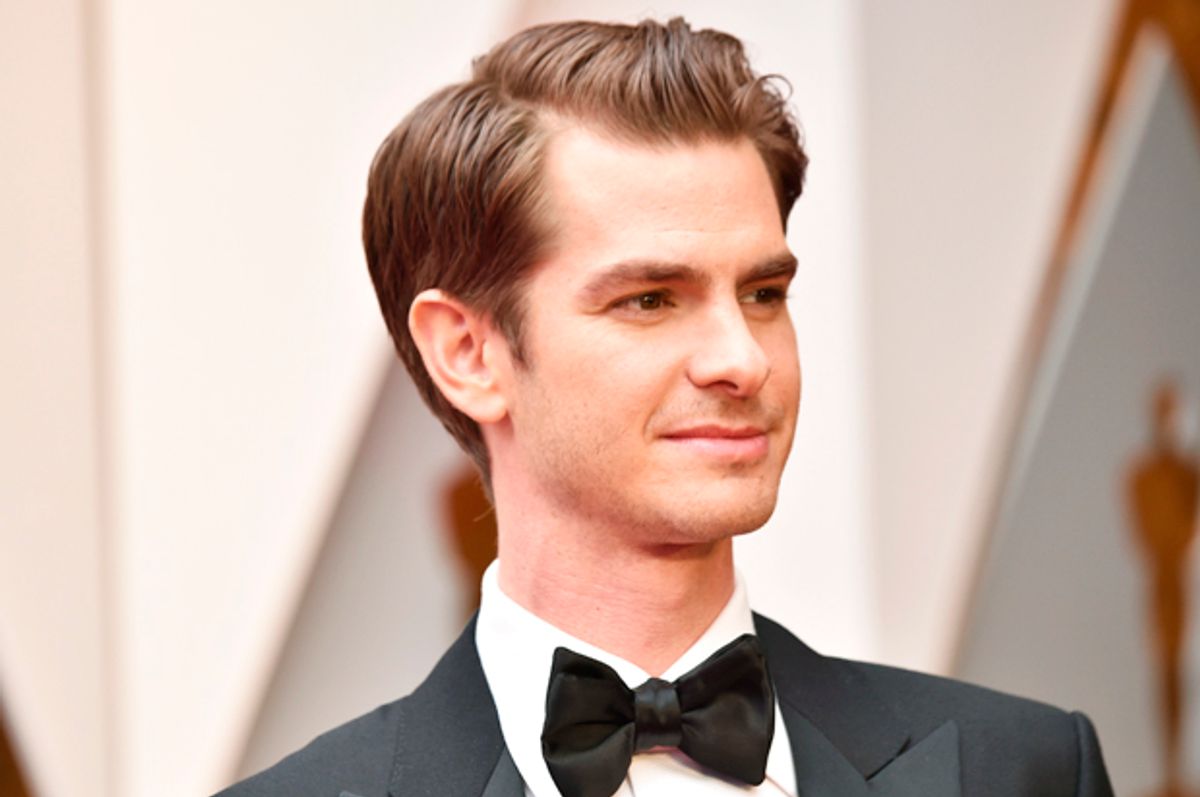 Andrew Garfield ignited a firestorm this week when he announced he was "a gay man right now, just without the physical act,” echoing the sentiments shared by another Hollywood actor recently.

Garfield, known for his roles in "The Social Network" and the "Spider Man" reboot, currently stars in the London revival of Tony Kushner’s "Angels in America," where he plays Prior Walter, a gay man struggling with AIDS during the height of the 1980s epidemic.

When asked on a panel this week how he prepared for his new character, the 33-year-old actor said that he watched every single episode of "RuPaul's Drag Race."

“My only time off during rehearsals – every Sunday I would have eight friends over and we would just watch 'Ru.' This is my life outside of this play. I am a gay man right now just without the physical act – that’s all,” he said.

The actor later clarified his sexuality, saying that he was not a gay man, but left open the possibility down the road.

“As far as I know, I am not a gay man,” Garfield said. “Maybe I’ll have an awakening later in my life, which I’m sure will be wonderful and I’ll get to explore that part of the garden, but right now I’m secluded to my area, which is wonderful as well. I adore it.”

The comments prompted some backlash online, with many pointing out how ridiculous it was for Garfield to imply that he was gay simply because he had been watching "RuPaul's Drag Race." While some could argue that Garfield sounded progressive, in a way, because of how open and tolerant he was to homosexuality, his remarks this week were not exactly unprecedented.

James Franco last year also suggested that he was gay, albeit just "a little gay."

“If your definition of gay and straight is who I sleep with, then I guess you could say I’m a gay cock tease. It’s where my allegiance lies, where my sensibilities lie, how I define myself,” Franco told New York magazine in a 2016 interview. “Yeah, I’m a little gay, and there’s a gay James.”

Critics trounced Franco at the time because the actor suggested that he could lift up the LGBTQ community through his stance on his own sexuality.

But, as Garfield is learning right now, the gay community does not need a straight man to play the savior.