GOP senator: We haven't replaced Obamacare because we never thought Trump was going to win 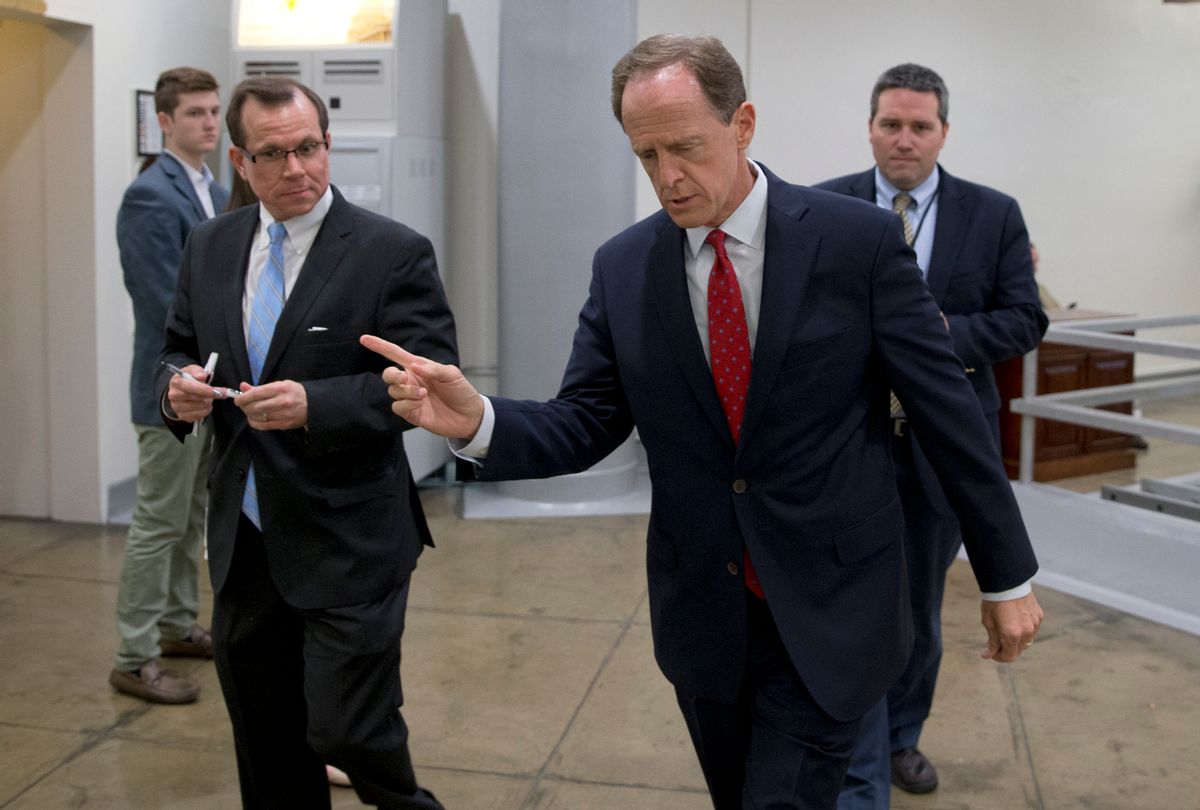 Despite having unified control of the elected branches of the government, Republicans still haven't been able to come up with a replacement for the Affordable Care Act. According to Pennsylvania Sen. Pat Toomey, the reason is simple: The GOP didn't expect it would win the White House in 2016, and so Republicans didn't bother coming up with any real alternatives.

“Look, I didn’t expect Donald Trump to win. I think most of my colleagues didn’t, so we didn’t expect to be in this situation,” Toomey said during a televised town hall meeting with Pennsylvania voters Wednesday evening.

Capitol Hill Republicans were not alone in thinking that their party's nominee was going to lose the election. In a Dec. 14 speech, Trump himself told a Wisconsin audience that he had deliberately rented out a smaller facility to house his election watch party in the event that he lost. He also recounted how he told his wife, Melania, that he believed he was not going to win.

"So I go and see my wife. I said baby, I tell you what. We’re not going to win tonight because the polls have come out," he said at a rally on his "Thank You Tour 2016."

"I always used to believe in exit polls. I don’t believe in them anymore. It’s just looking bad, but you know what, I’m okay with it because of the fact I couldn’t have worked any harder. You can’t do any worse that than. If I lose, I lose."

Thinking Trump was going to lose does explain why more of the details were not hammered out during the roughly two and a half months between the time that he was elected and the time that he was sworn in as president. But the GOP also had seven years to discuss replacements for Obamacare after it was passed into law. According to Toomey, however, there was never really any sense of urgency to do so.

“Given how difficult it is to get to a consensus, it was hard to force that until there was a need to,” he said Wednesday night.

While conservatives and Republicans did lack any sort of urgency to formulate a health care policy that could actually become law, the truth is that the GOP is bad at health care, in large measure because the topic is one where the right's rigid commitment to free market runs squarely up against the reality that sicker people are going to be denied health insurance or charged much more for it in a purely capitalist system. That type of trade-off might be OK for libertarian economists who only have to worry what a small group of right-wing billionaires think of them, but it is disastrous as an electoral strategy.

The tension between Republican politicians' desires to get elected and their desire to remain true to their ideology, donors, and activist base is probably the bigger reason why the GOP hasn't been able to get rid of Obamacare.

Former Speaker of the House John Boehner expressed this reality in far more diplomatic terms in a speech to a health care industry conference this past February:

“In the 25 years that I served in the United States Congress, Republicans never, ever, one time agreed on what a health care proposal should look like. Not once,” Boehner said.