In a poor attempt to comfort Lil Yachty, Martha Stewart says the N-word 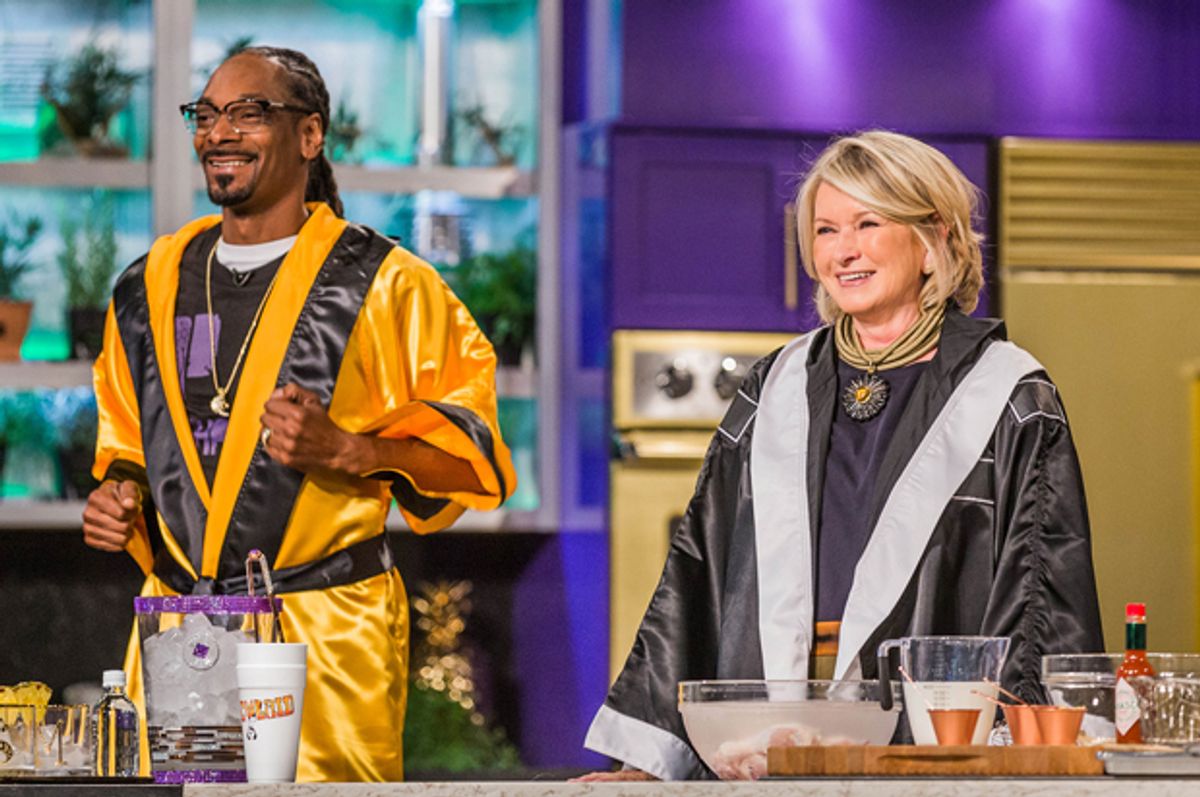 Lil Yachty's cover story for "Fader's" summer music issue reveals quite a bit: the "One Night" rapper hates eating fruit, Snoop Dogg, surprisingly, has a penchant for losing his temper and Martha Stewart, who would have guessed, used the words "nigga shit" together in a sentence.

The story follows Yachty to a taping of VH1's wonderfully unexpected celebrity-cooking-and-variety show, "Martha and Snoop’s Potluck Dinner Party." During a discussion about the diverse cover for his album "Teenage Emotions", the image could not be displayed because the network failed to get it cleared. Taping stops, triggering Snoop Dogg to do “a very loud, swear-filled finger wag” where he refers to "Yachty’s album cover as ‘this nigga’s shit.'"

Stewart then makes a poor, yet well-intentioned attempt to address Snoop's comment. It's safe to say it came as a surprise to everyone involved.

So Martha, sitting at a table with her co-host, Yachty, comedian Gary Owen, and actress Laverne Cox, leaned over — while wearing a sari for their Indian food-themed episode — and, both maternally and ignorantly, said, “Yachty, does it upset you when Snoop says ‘nigga shit?’”

The room filled with every imaginable reaction: anger, horror, embarrassment, laughter, joy, pain. Throughout the exchange, Martha Stewart did not seem to understand what the big deal was. Yachty’s reaction: a huge smile.

Luckily, Yachty didn't let the that ruin the taping. He ended it by "playfully running around the stage with Snoop," not letting the mess of a taping get in the way of a fun show.

Given that the moment will never appear on the show and that Stewart remains in the relatively good graces of both Yachty and Snoop, it's hard to imagine there will be any serious blowback for the queen of home entertaining and the pride of Nutley, New Jersey. It's still proof, however, that when cultures collide, sometimes even a well-intentioned doyenne of white propriety can get it absolutely wrong.