The hidden, vast cruelty of this health care bill: An attack on care for the elderly, disabled and most vulnerable

For a tax cut, Republicans want to slash funding for nursing care urgently needed by most American families 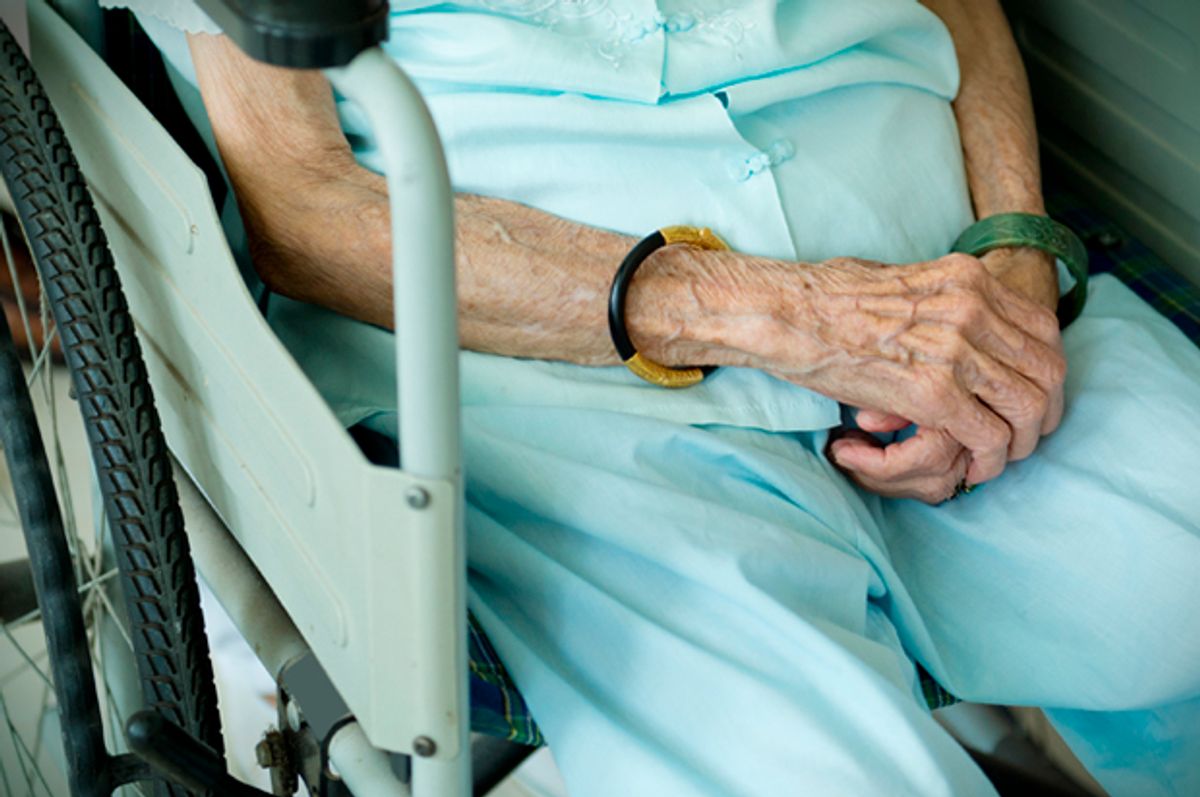 As we continue to watch the health care debate unfold in town halls and protests around the country, you can see why Mitch McConnell was so eager to have this vote over with before the July 4 recess. The last thing he wanted was for his senators to have to go home and face constituents who cannot understand why their representatives are so eager to pass a bill with a 12 percent approval rating. As I observed on Thursday, the politics of this are very difficult for Republicans. They shouldn't be. Their party ran on a very specific platform and won control of the entire federal government and most of the states. Passing their agenda should be a cakewalk.

Unfortunately for the Republicans, however, they lied about their agenda and its devastating consequences for many of their constituents. The Congressional Budget Office score stopped their momentum on health care, and now rigid ideologues, led by Sen. Ted Cruz and like-minded outside groups like the Club for Growth, are pushing for changes that go after people with pre-existing conditions. If there is a sacred cow for both parties, it's that one, so naturally Cruz wants to gut it.  According to this report from The Hill, McConnell is none too pleased.

So the politics are getting more complicated every day for the Republicans and maybe they'll get so tangled up that they can't pass any health care bill at all. But I wouldn't count on it. They've been trying to get the tax cuts from slashing Medicaid that are at the center of both the House and Senate versions of their repeal bills for 30 years. They aren't going to give that up without a fight.

But there is more to it than just money. Republicans have been fighting the Medicaid program since its inception, when it was not only used to help the poorest Americans get access to health care, but also became a tool to force hospitals and other medical facilities to desegregate in the South. (As always, race plays a central role in the right's antipathy toward government programs.)

Ever since the Reagan era, Republicans have tried to convert the Medicaid program into state block grants, which is really just another way to starve it. They do not believe that the United States needs a safety net for poor people. It's really that simple.

But Medicaid isn't just a program that provides vital medical coverage for poor adults who don't earn enough money to pay for health insurance, or who don't have jobs which provide it. Over the years there have been important additions to the program.

That chart illustrates what a radical change it would be to slash Medicaid spending to levels much lower than before the Affordable Care Act was enacted, as the House and Senate plans would both do. It isn't just that Republicans don't think the U.S. needs a safety net for poor people. They also don't think we need a safety net for people who are unable to work, including children, the elderly and people with disabilities.

There are many stories circulating about the devastation these bills would cause for people who need extensive home care and support in order to live full lives. In many cases, families will be financially ruined. Some will face the possibility of being forced to live in institutions if these funds are cut. It's a nightmare scenario for many of our fellow citizens.

But just because you are not disabled or don't have a disabled family member does not mean you won't be personally affected by these changes, even if you are well covered by insurance yourself. Most of us with older parents and grandparents may not realize that Medicare does not pay for nursing-home care -- Medicaid does. Many millions of Americans spend their final days in such facilities so they can have the constant supervision and medical care they need. As the baby boom generation moves into old age, there are going to be many more of them: The population of elderly Americans is expected to double, from roughly 48 million today to 98 million by 2060.

According to the Kaiser Family Foundation, Medicaid pays for 62 percent of nursing-home care in this country today. About 80 percent of people who live in nursing homes are over 65, which is not surprising. Roughly two-thirds are women and a large majority are white. More than half the people in nursing homes have some form of cognitive impairment, such as Alzheimer's disease or disorders resulting from stroke. About 60 percent have more than four self-care needs.

These people are not moochers or parasites. Most of them worked for many, many years and have come to the last stage of their lives unable to work and requiring the kind of skilled care that they or their families cannot afford or deliver personally. They will not survive on their own and their families will face financial catastrophe if someone has to quit their job to take care of them.

One of the great conceits of the GOP argument for their repeal-and-replace crusade is that they are bringing "relief" to younger people in the form of lower insurance premiums. But they never mention the fact that if they succeed in stripping this program of needed funds in order to give their wealthy benefactors a massive tax cut they don't need, many of the parents of those young people will no longer be able to afford to send them to college or help them buy their first home or their first car. Many younger people may find themselves forced to care for parents or grandparents in their own homes.

Unfortunately, even if the Republicans are unable to pass this monstrous bill, there are other ways they plan to inflict misery and pain on people in nursing homes. According to ThinkProgress, the Trump administration plans to roll back Obama-era rules that protect seniors from being abused by nursing homes that force residents and their families to sign arbitration agreements prohibiting them from filing lawsuits against the care provider.

Ironically, the Obama rule would have withheld federal funds from any facility that made such a requirement. The Trump administration, which claims to be overwhelmingly concerned about costs, is more than happy to write a check for such places. You almost wonder if they want these people to suffer.

Most of us don't think about this issue until faced with making a decision about whether it's time for our parents to go into some kind of assisted living. It's a wrenching process for all concerned, one that impacts our freedom of movement and financial independence and comes with a renewed awareness of our own mortality. It is a difficult time for almost every family.

Now the Republican Party and President Trump want to make it a hundred times worse for millions of people. Indeed, they want to make it worse for all of us. What's the saying? Getting old is no fun, but it's better than the alternative? These heartless people are challenging that truism.