Tupac letter suggests race led to his breakup with Madonna

The rapper was concerned about the image of dating a white woman, so he ended his relationship with Madonna 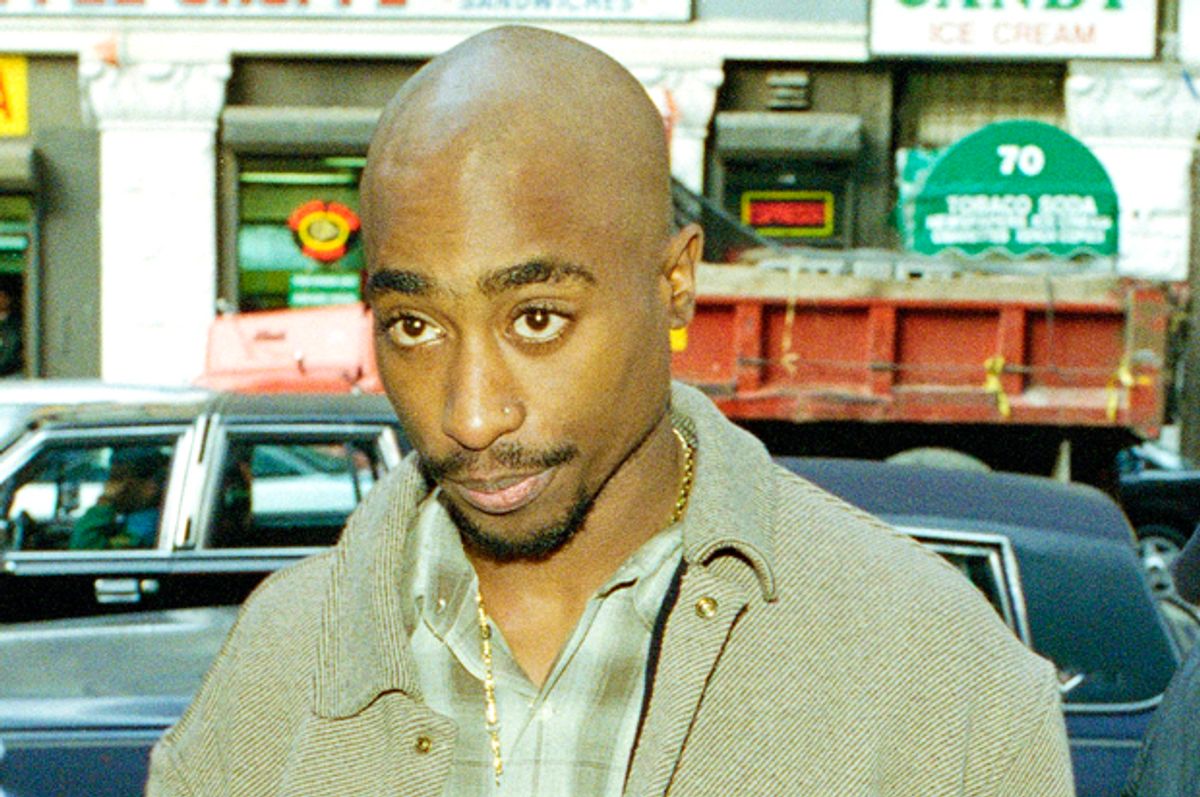 According to a never-before-seen letter, Tupac Shakur called things off romantically with Madonna because the legendary rapper had concerns about race.

The letter, dated January 15, 1995, explains why the then 24 year old was apprehensive about dating a white woman the year prior.

“For you to be seen with a black man wouldn’t in any way jeopardize your career, if anything it would make you seem that much more open and exciting,” the rapper wrote in the letter.

“But for me at least in my previous perception I felt due to my ‘image’ I would be letting down half of the people who made me what I thought I was. I never meant to hurt you,” the letter continued. “Please understand my previous position as that of a young man with limited experience with an extremely famous sex symbol."

If the date on the letter is accurate, Shakur would have written the correspondence while he was in prison for sexual assault. The letter is up for auction this month on the Gotta Have Rock and Roll website.

Shakur ended the letter by offering his friendship to Madonna and requesting to meet her. The following year, Shakur was killed in a drive-by shooting in Las Vegas, succumbing to his death six days later.

In 2015, Madonna confirmed that she had been in a romantic relationship with Shakur before his death.

The two met for the first time in March 1993 at the Soul Train Music Awards in Los Angeles, Madonna revealed on "The Howard Stern Show."

In 2015, actor Rosie Perez claimed to have helped facilitate the pairing. As she said, ″[I told Tupac], ’she wants to meet you’ and he goes ‘hook that up,’” Perez continued. “And I hooked it up and I was very happy about it.”