LISTEN: Embracing feminine leadership could save humanity from itself 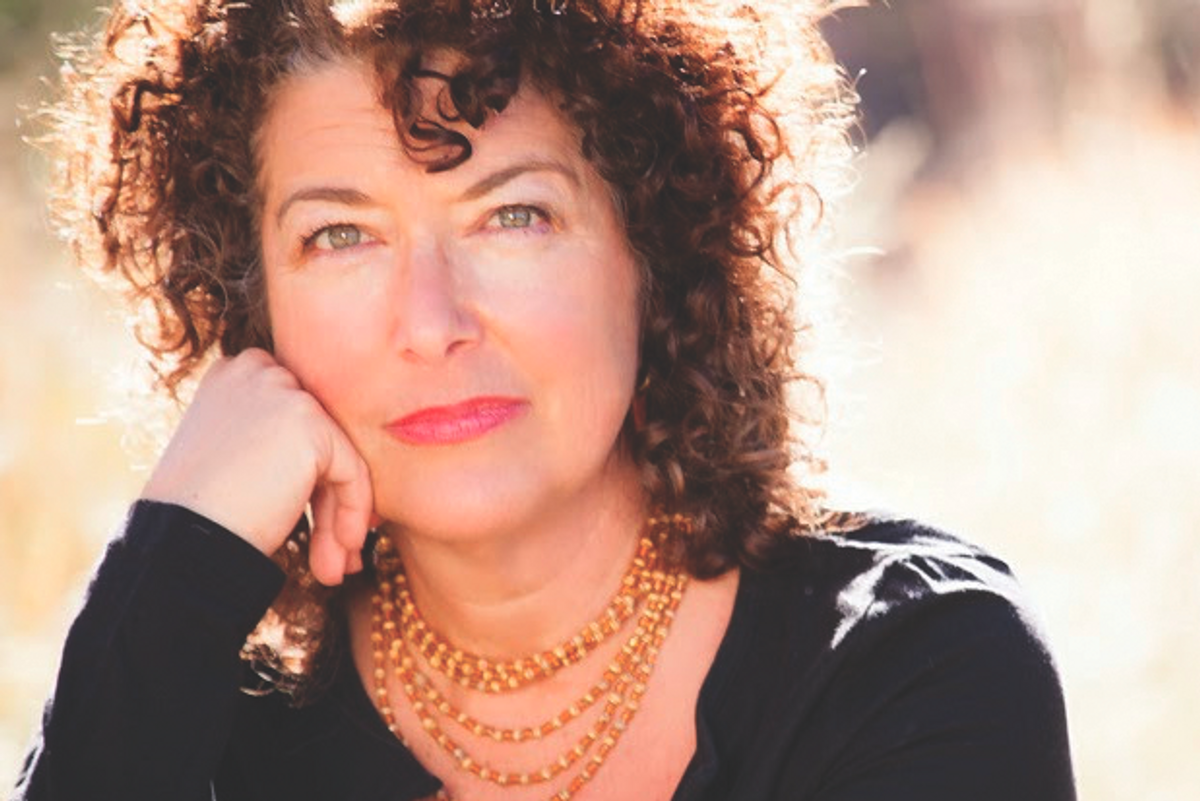 Social entrepreneur Nina Simons has held many impressive titles throughout her career: president of organic seed retailer Seeds of Change, strategic marketing director for juice company Odwalla and co-founder of the Bioneers conference and organization for social and environmental problem-solving.

But she never thought of herself as a leader.

Leadership, as she knew it, required aggressive, self-promoting qualities. Qualities that were at odds with her ideas of serving the greater good. "I grew up with a mother and a role model in my head that said service is good and selfishness is not so good," Simons said in a recent interview.

It wasn't until an issue of the Utne Reader magazine declared her an "up-and-coming leader" that Simons confronted her uneasiness with leadership.

Her discomfort inspired a life-changing investigation of how our culture defines leadership and how the imbalance between masculine and feminine values has impacted our world. What she found was something that made her inner flame grow brighter. "It was like every cell in my body said 'YES.'"

The backlash against women in power

While people of all genders contain masculine and feminine qualities, our culture rewards masculinity in men while pushing back against it in women.

Women rely on traditionally masculine traits like ambition, decisiveness and persistence as a way to "lean into" the world of business and politics. But while men are praised for masculinity, when women act "masculine," they're called "bossy," "shrill" or "aggressive."

"The more women I talk to the more I learned that most women have a really negative reaction to calling themselves leaders," Simons said. "I began to unpack that and realized that I had all these belief systems and images and ideas that I had never consciously adopted but that were in me nonetheless about what leadership was and what it looked like. And I didn't want to be any of those things."

In 1990, Simons saw a film that introduced a new way of viewing the role of femininity. The documentary "The Burning Times" chronicled the 300-year period, from around 1450 to 1700, when untold numbers of women were persecuted, tortured and burned as witches.

“When I saw it I had so many deep, deep reactions,” she says. “It explained for the first time a fear that I had that I never understood about speaking my truth in public about what really was important to me.”

"The Burning Times" was a spiritual battle of the sexes, and a narrative of the feminine divine lost.

"There was a kind of flipping of the spirituality . . . because it went from a largely Earth goddess-honoring culture to a patriarchy where religion was practiced in a church and led by a priest and intermediated," Simons said. "Before the 'burning times,' the way that people experienced their own spirituality was through their direct connection with nature and the divine."

That era also crystallized secular leadership roles as we know them today.

“Institutions like medicine went from the purview of women, who had been herbalists and the midwives and the hospice workers,” Simons said. “They were the first to get persecuted and burned. And by the end of the 'burning times' only men could practice medicine. You had to go to college to practice medicine and only men were allowed.”

Simons believes this era of persecution is at the root of current problems like gender inequality, climate change and food scarcity.

"For the first time I saw that all of the problems that I had learned about from Bioneers could be seen as a function of the imbalance between the masculine and the feminine in our culture."

When feminine values take the lead

Simons sees a connection between today's problems and the lack of a feminine voice in our traditional leadership culture. She says the close relationship between economic, social and environmental problems and a lack of feminine leadership can be seen when women are given a chance to take the lead.

"There's evidence from all sectors that the more women that are in leadership in corporations and on boards, the better their bottom line. And the more women are negotiating and peacekeeping in the world, the more peaceful things are. And it's not about putting down men. It's about saying we're all in a giant shift."

So what makes a feminine leader? First of all, according to Simons, gender has nothing to do with femininity.

“The leaders that are being prized now are . . . appreciated for their capacity to listen, for their open-mindedness, for their ability to stay calm in stressful and challenging situations, and for their emotional and relational intelligence,” Simons said.

Simons believes that the trend toward femininity in modern leadership signifies a need to find balance in order to correct and survive the catastrophic mistakes caused by over-abundant masculinity.

“I long ago stopped saying to save the Earth because the Earth will survive. It may take her 2 or 3 million years to get over us but she'll survive. It's really us that are in danger here,” Simons says. “What I've realized is . . . this great uprising that we're all a part of . . . is so urgently needed to save humanity from ourselves.”

The answer, she said, is restoring the power that was taken from women and allowing them to take the lead.

“All those girls who are growing up . . . need to see women who are really owning themselves in a self-loving way and also serving the transformation of the world.”

“It took me a long time to understand that I had privilege and to not feel guilty or ashamed or weird about it but to actually embrace it so that I could say I'm going to use this privilege to help make a difference,” Simons said. “And I think the same is true for men.”

The evidence of the convergence of feminine values and social justice can be seen in the growing social entrepreneurship movement. Start-up founders of all genders have environmental stewardship and social responsibility baked into their business models. Tech giants like Amazon and Netflix are demonstrating the profitability of family-friendly employment policies.

The discovery of the feminine within herself as a leader has helped Nina Simons to find new paths in her mission to save humanity from itself.

One such path is Cultivating Women's Leadership, a six-day immersion experience for women who have a calling to make positive change in the world.

“We do something we call a purpose marathon," Simons says. "And it's sort of like peeling an onion skin because you go deeper and deeper inside yourself to notice what do you really love dearly, and what all your life has been a really resonant thing and what breaks your heart."

One project that came out of Cultivating Women’s Leadership was antiwar activism group Code Pink: Women for Peace. The co-founder, Medea Benjamin, was recently nominated for the 2017 Nobel Peace Prize.

A world beyond gender

What does this mean for the future of masculinity? As more feminine role models emerge, men will feel culturally supported in embracing feminine values, but that doesn't mean they will be emasculated.

Simons says the problem was never masculinity in leadership, it was the absence of and bias against femininity. The best leaders embrace the best qualities of leadership and let go of traditional notions of gender.

"One of my favorite reference points is a phrase that an indigenous people from the global south say, which is that 'the bird of humanity has been trying to fly with only one wing for far too long,' and it needs to be balanced," Simons said.

Here's to finding both of your wings.

To listen to a conversation with Nina Simons about the power of leading from the feminine, how the women’s holocaust of "The Burning Times" reverberates to this day, and what feminine leadership looks like, check out the "Inflection Point" podcast.