Trump's alt-right Poland speech: Time to call his white nationalist rhetoric what it is

After two years of flirting with overt white nationalism, Trump jumps the alt-right shark in his Warsaw speech 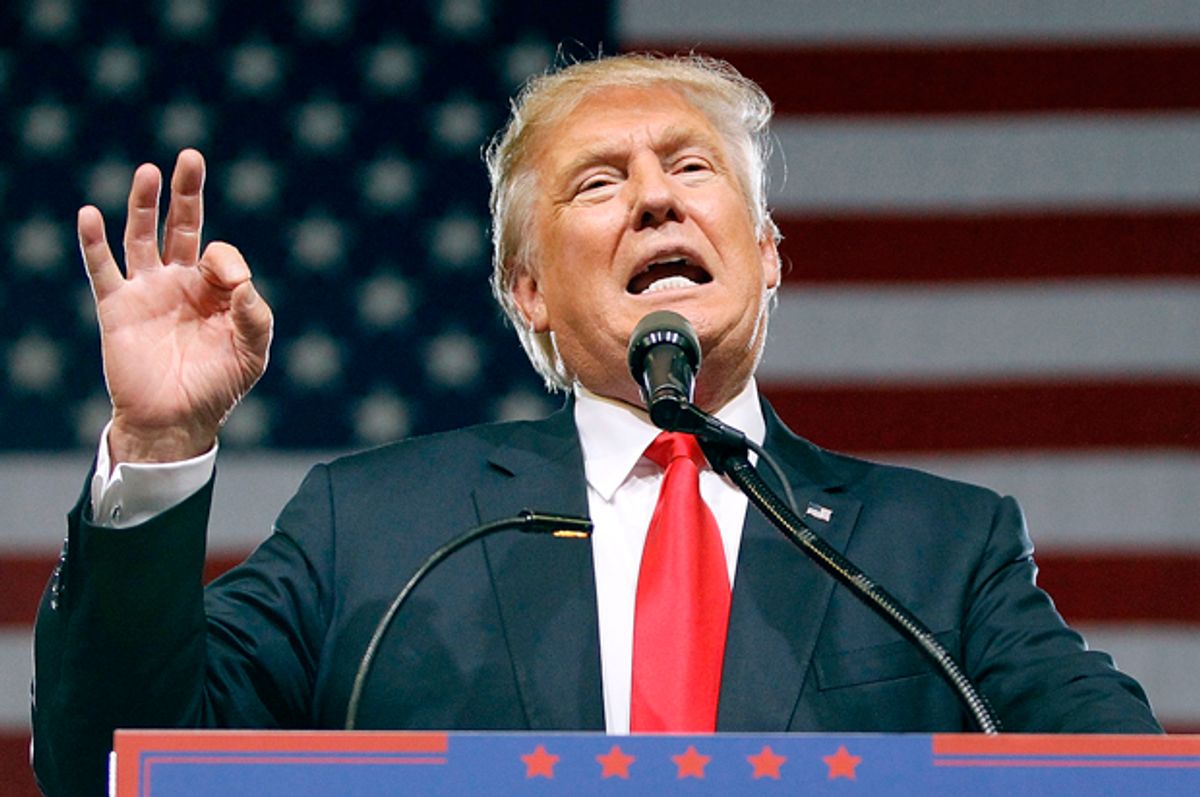 Donald Trump continued to push forward his white nationalist agenda in Poland on Thursday, in a speech that, as Sarah Wildman at Vox wrote, "often resorted to rhetorical conceits typically used by the European and American alt-right."

That this is true should hardly be worth debating. Trump argued that Western (read: white) nations are "the fastest and the greatest community" and the "world has never known anything like our community of nations." He crowed about how Westerners (read: white people) "write symphonies," "pursue innovation" and "always seek to explore and discover brand-new frontiers," as if these were unique qualities to white-dominated nations, instead of universal truths of the human race across all cultures.

He also portrayed this Western civilization as under assault from forces "from the South or the East" that "threaten over time to undermine these values and to erase the bonds of culture, faith and tradition that make us who we are."

The speech read, at times, like a cleaned-up version of "The Camp of Saints," a white supremacist novel that Trump advisor Steve Bannon reportedly admires, which portrays a Western civilization on the verge of invasion by legions of evil dark-skinned people intent on destruction.

The speech wasn't subtle. Both folks on the left and on the alt-right understood it clearly. Folks on TheDonald forum on Reddit were inspired to post heavily about how immigrants and leftists are destroying Europe and only the hard right can stop the damage. Breitbart gushed about how Trump was calling for "protecting our borders" and "preserving Western civilization," and bizarrely compared the speech to Ronald Reagan's "tear down this wall" speech, even though the Berlin Wall is the gold standard in the kind of border security and cultural "preservation" that Trump has made his political career calling for.

And yet, even though Trump was fairly begging to be labeled a fascist with his speech painting the purity of white civilization as under threat from racialized foreigners, there was a stampede of punditry eager to paint those who see the obvious as hysterical reactionaries. The main tactic was to zero in on individual words and ignore the larger meaning conveyed by context, both outside the speech and even within it.

Matt Lewis of the Daily Beast tried to argue that Trump's rhetoric was no different than Winston Churchill's anti-fascist speeches invoking the concept of "Christendom," as if Trump's critics were objecting to the use of the term "civilization" or even "the West," as opposed to the larger rhetorical thrust of his speech. Heritage Foundation senior fellow Mike Gonzalez got downright silly with the context-removal efforts:

Hey, Mike, some food for thought: Out of context, phrases like "church, kitchen, children," "hard work is ennobling," "God is with us" or "one people, one nation, one leader" could be defended as traditionalist entreaties about the importance of family values, a work ethic, faith and patriotism. Translate them back into the original German, however, and they are easily recognizable as popular Nazi slogans.

Which isn't to say that Trump is a Nazi, but he shares their authoritarian DNA. And this is what authoritarians do: They wrap their grotesque ideas in ennobling rhetoric of tradition, patriotism or family. That's why their words need to be understood in context, rather than playing this game where a few unobjectionable quotes are taken out of context and held out to be not-that-bad.

No one can pretend that we don't have plenty of context. For two years, Trump has been demagoguing with openly racist rhetoric, painting immigrants and refugees as a dire threat to our national security, hiring white nationalists like Steve Bannon, starting authoritarian initiatives like an immigrant crime database and nationwide voter suppression efforts, and tweeting out white supremacist propaganda, it's time to stop giving him the benefit of the doubt when he wallows in rhetoric that echoes that of white nationalists.

Even within that Warsaw speech, Trump rhetorically equated actual past guns-and-ammo battles that spilled the "blood of patriots" with this vaguely defined — but seemingly racialized — fight to "preserve our civilization." It's a speech where he said, "Our freedom, our civilization and our survival depend on these bonds of history, culture and memory," which is rhetoric that deliberately excludes those who have different histories, cultural practices and memories.

Anyone who denies Trump's leanings cannot truly be believed to be ignorant of this pattern, not after two solid years of this. Instead, such a person must be understood as complicit.