McCain said a more "normal process" is necessary for the bill to pass, as more Republicans express doubt 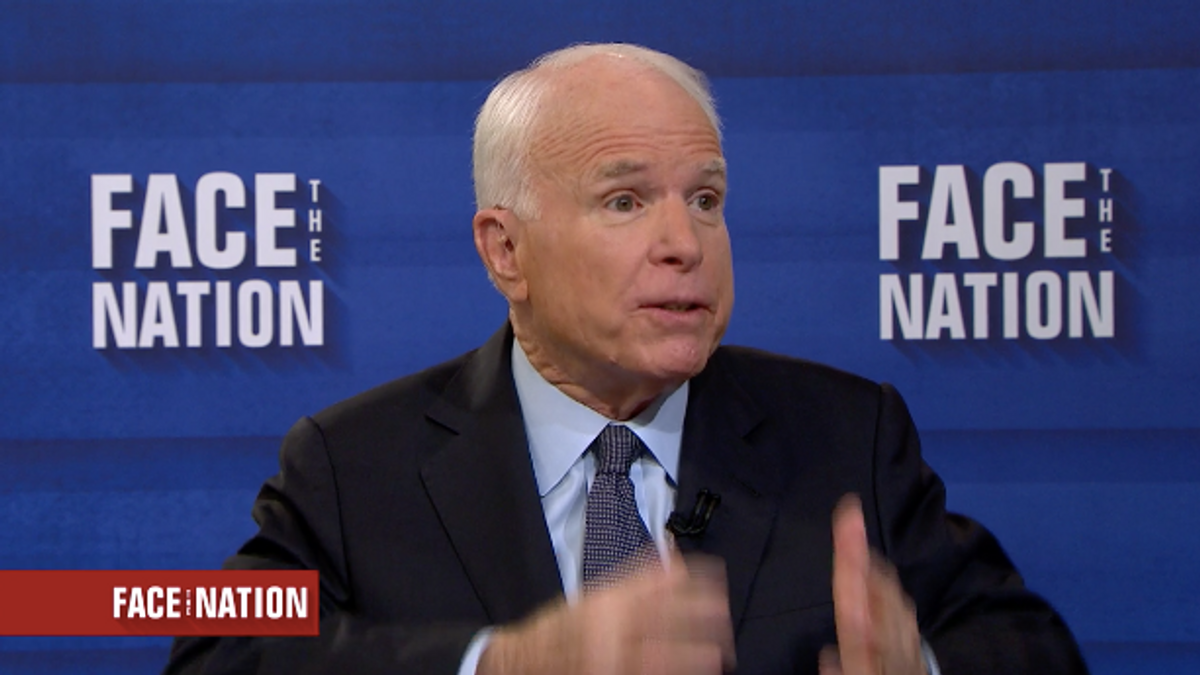 Congress is set to return from recess on Monday, but the Senate Republican health care bill has appeared to have lost steam — and according to Sen. John McCain, R-Ariz., "it's probably going to be dead."

During an appearance on "Face the Nation," McCain said the Republicans should start things over and be much more transparent. "What do we need to do now? Go back to the beginning. Introduce a bill," McCain said on Sunday.

"Introduce a bill, move it through, bring it to the floor, vote on it. That's the normal process," he explained. "And if you shut out the adversary or the opposite party, you're going to end up the same way Obamacare did when they rammed it through with 60 votes. Only guess what? We don't have 60 votes."

McCain suggested the Republicans should get the Democrats involved, saying that it doesn't necessarily mean they control the bill but it allows them to at the least have amendments considered. "And even when they [Democrats] lose, then they're part of the process. That's what democracy is supposed to be all about."

However, it is unlikely the Democrats will support a bill that completely repeals the Affordable Care Act.

President Donald Trump seems to believe otherwise.  In a Sunday afternoon tweet, the president insinuated that the Senate health care proposal was going to pass despite all evidence to the contrary. Specifically, Trump said Republicans "finally have their chance" to repeal and replace Obamacare after seven years of railing against it.

The Congressional Budget Office, which scores the likely social and economic effects of pending legislation, estimated that the Senate's health care bill would, over the next decade, throw 22 million people off their health insurance. Medicaid spending would also be slashed up to 35 percent, Reuters reported — despite that the Trump administration repeatedly insisted that Medicaid would not be cut.