Out of thousands of messages, Trump's defense secretary decided to speak with one lucky student 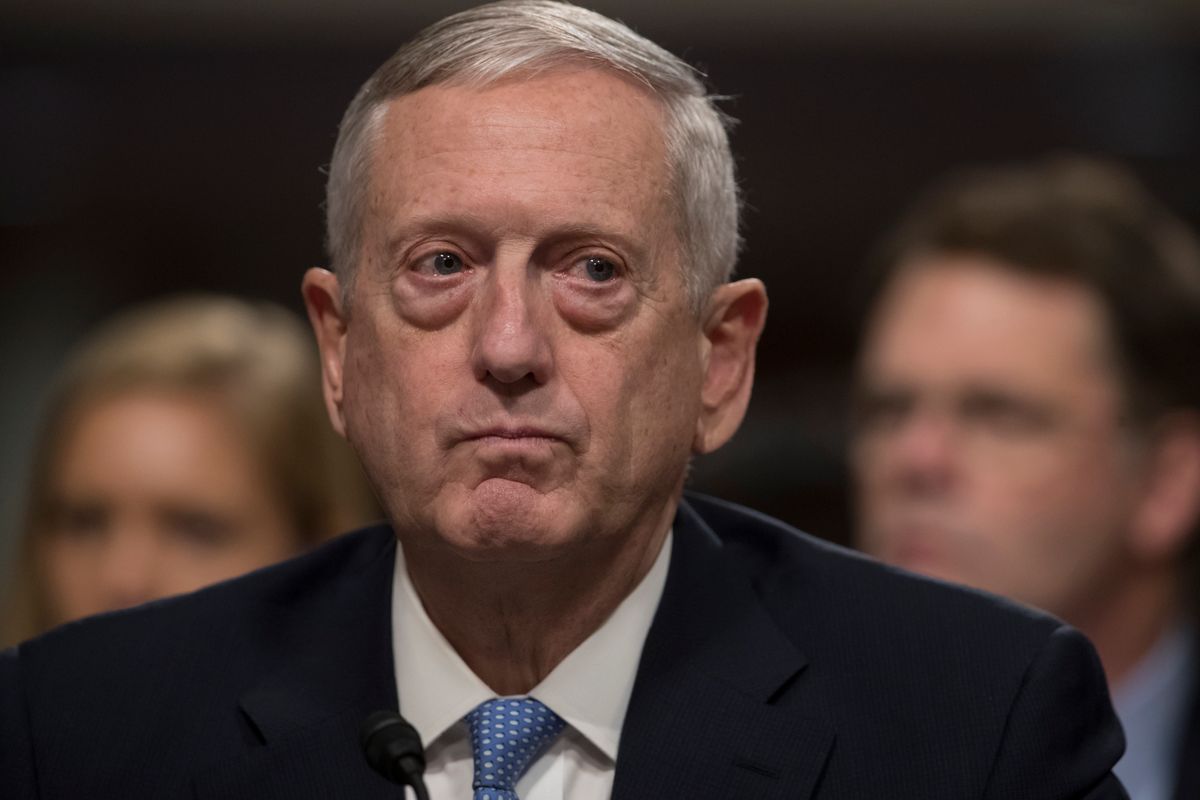 FILE - In this Jan. 12, 2017 file photo, Defense Secretary-designate James Mattis listens on Capitol Hill in Washington while testifying at his confirmation hearing before the Senate Armed Services Committee. Some of President-elect Donald Trump’s most important Cabinet choices are at odds with him on matters that were dear to his heart as a campaigner and central to his promises to supporters. For the Pentagon, the CIA, the State Department and more, Trump has picked people who publicly disagree with him on some cornerstones of his agenda In confirmation hearings. (AP Photo/J. Scott Applewhite, File) (AP)
--

Defense Secretary James Mattis has made it well known that he isn't one for making a spectacle of things, rarely appearing on television for interviews. But after his cell phone number was inadvertently exposed, he decided to fulfill a request from a high school senior and recently sat down for a lengthy in-depth conversation about an array of issues and ideas.

Mercer Island High School student Teddy Fischer found Mattis' personal cell phone number after it was accidentally published by the Washington Post. Fischer asked Mattis why he had decided to respond to his call out of thousands of others. "You left a message there and I was going through listening to the messages and deleting them. But you’re from Washington state. I grew up in Washington state on the other side of the mountains there on the Columbia River. I just thought I’d give you a call," Mattis replied.

"I’ve always tried to help students because I think we owe it to you young folks to pass on what we learned going down the road so that you can make your own mistakes, not the same ones we made," he added.

During the interview, Mattis answered questions regarding various conflicts throughout the Middle East and how the U.S., as well as the rest of the globe, has gone about things in the past and how they should go about combatting them in the future. Mattis expressed that the subject of history "will show you not all the answers, but it’ll tell you a lot of the questions to ask and furthermore, it will show you how other people have dealt successfully or unsuccessfully with similar type issues."

He explained, "I wish now looking back on it, if I’d known what waited for me in life, I would have put a lot more attention into history."

When asked how he thought the U.S. can defeat an ideology that relies on terrorism, Trump's defense secretary focused on how education along with economic opportunity play major roles. Mattis also expressed his interest in a hypothetical program where one boy and one girl from every school in Afghanistan and Syria were sent to schools in the U.S. for a year. He explained:

I think the most important thing on that is probably education. An economic opportunity has to be there as well. On the education, I sometimes wonder how much better the world would be if we funded for nations where they have ideology problems, where the ideologies are hateful, full of hatred. I wonder what would happen if we turned around and we helped pay for high school students, a boy and girl at each high school in that country to come to America for one year and don’t do it just once, but do it ten years in a row. Every high school whether it be in Afghanistan or Syria or wherever, would send one boy and one girl for one year to Mercer island or to Topeka, Kansas or wherever.

It wouldn’t cost that much if you had sponsoring families that would take them in. Most American families are very generous, unless they’ve lived in places where they’ve adopted kind of a selfish style. But, that’s only a few pockets of the country that really have that bad. Although they’re big pockets in terms of population, most of the country is not like that. I bet we could do that. I think ideologies can be countered by showing people a better education and hope for the future by learning how to get along with one another. And for all of our problems in our country, we’re probably still the best example of that in the world

Even if one disagrees with some, most, or even all of Mattis' perspectives, the exchange — at face value — provides a deeper look into the man currently leading the strongest military on the planet. His discussion with a high school student felt drastically distant to what normally is seen in cable television interviews. Such interviews would be a refreshing change of pace if executed more frequently.