At the request of Pope Francis, gluten-free bread used to celebrate the Eucharist is forbidden 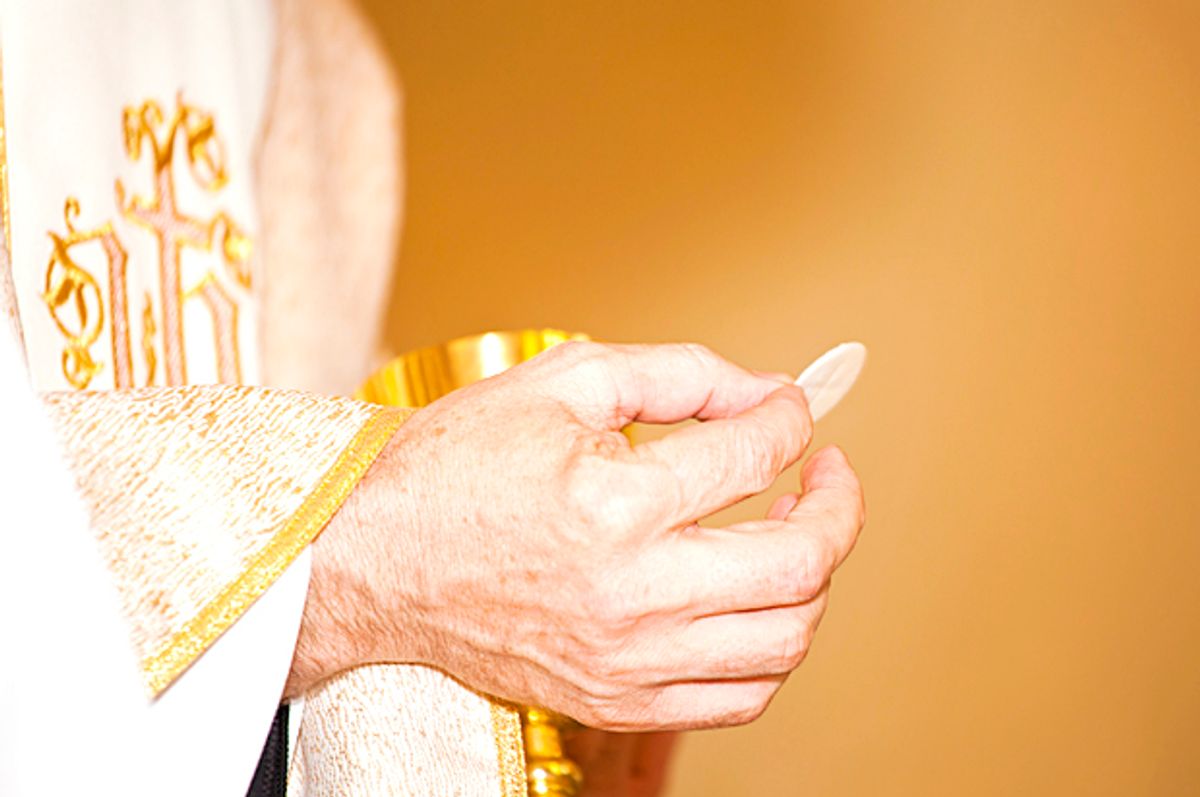 The Vatican has ruled that the bread used to celebrate the Eucharist during Roman Catholic Mass must not be gluten-free, according to the BBC.

Per a request from Pope Francis, Cardinal Robert Sarah wrote a letter to Catholic bishops stating that Communion bread could be low-gluten and that "genetically modified organisms can be considered valid matter."

"It is for the Bishop as principal dispenser of the mysteries of God, moderator, promoter and guardian of the liturgical life in the Church entrusted to his care to watch over the quality of the bread and wine to be used at the Eucharist," the letter said.

The new rules come as Communion bread is becoming increasingly available on the public market. "Until recently it was certain religious communities who took care of baking the bread and making the wine for the celebration of the Eucharist. Today, however, these materials are also sold in supermarkets and other stores and even over the internet," the cardinal wrote. The letter intended to "remove any doubt about the validity of the matter for the Eucharist."

The bread must be made using wheat, and if mixed or made out of something different it "does not constitute valid matter for confecting the Sacrifice and the Eucharistic Sacrament." The letter also stated that Communion bread made with other substances such as fruit, sugar or honey is considered a "grave abuse."

Incidentally, the letter also addresses which wines may be used in the ceremony that lies at the heart of the world's largest Christian religion. According to it, all wine must be "natural, from the fruit of the grape, pure and incorrupt, not mixed with other substances." In the Roman Catholicism, bread and wine become the body and blood of Jesus Christ in a ceremonial process known as transubstantiation.

Gluten-free bread was first created as a market option for those suffering from celiac disease, a medical condition that prevents sufferers from metabolizing gluten in their colons and creates allergic reactions elsewhere in the digestive tract. Ingesting gluten-filled foods can be painful and detrimental to those with the condition. A recent wellspring of non-medically based theories have also created concerns about eating gluten for the public at large, further adding to the number of people who refuse to eat gluten-heavy foods and the increasing the number and availability of gluten-free products on the market.