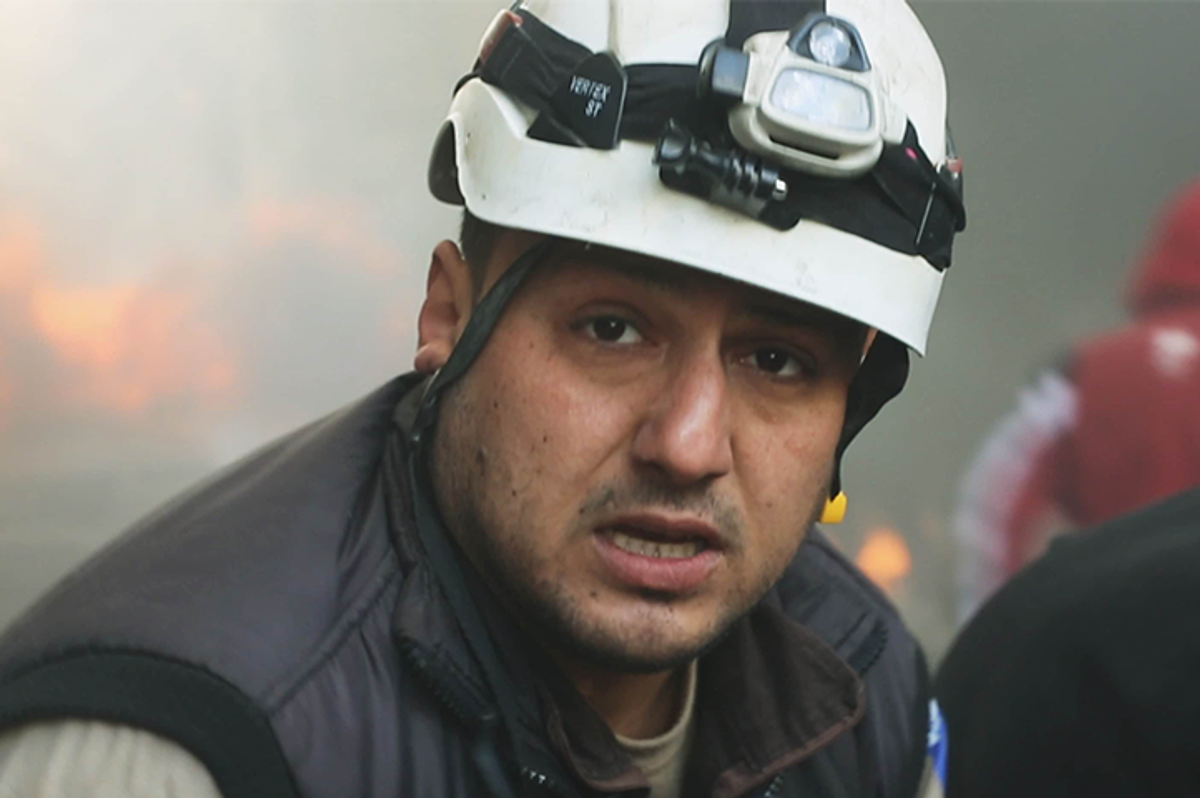 Since the war in Syria began six years ago, more than half a million have been killed and 11 million displaced. It’s a conflict that has reverberated across the globe, not only because of the stomach-turning images we see from Syria, but also because of the larger global refugee crisis this war has exacerbated.

Unsurprisingly, the modern Syrian diaspora brings us more stories and footage from the region than ever before. During our own submissions period for our documentary showcase on PBS, we saw a critical mass of films on the war and its effects. As films came in, we felt this historical moment couldn’t be captured by a single voice or documentary. So we chose to program five films—three features and two shorts—on exactly this conflict and the ongoing global refugee crisis.

The last film in the series—Last Men in Aleppo—closes this special showcase next week. Following the volunteer rescue crew known as the White Helmets, Feras Fayyad’s film is sometimes difficult to watch. Rescue workers wear microphones and the cameras follow as they dig through rubble and search for whomever they can find. What becomes painfully obvious through the film is that bombs do not discriminate by gender or age.

As bleak as the situation is, Fayyad’s documentary is also a study of unparallelled strength, courage and resilience. Heroic volunteers like Mahmoud and Khaled somehow manage to bring levity during rare moments of peace, and poise during the chaos of a rescue mission.

We’re confident American viewers will be left in awe—in awe of the White Helmets’ courage, in the Syrian people’s resilience and in the senselessness of this seemingly intractable crisis.

You can watch the full film, “Last Men in Aleppo,” July 10 on POV on your local PBS station, or stream it online.