Zoe Kazan: "I had a producer ask me on set once if I spat or swallowed"

The star of "The Big Sick" compares her experiences in film to those of her male partner, Paul Dano 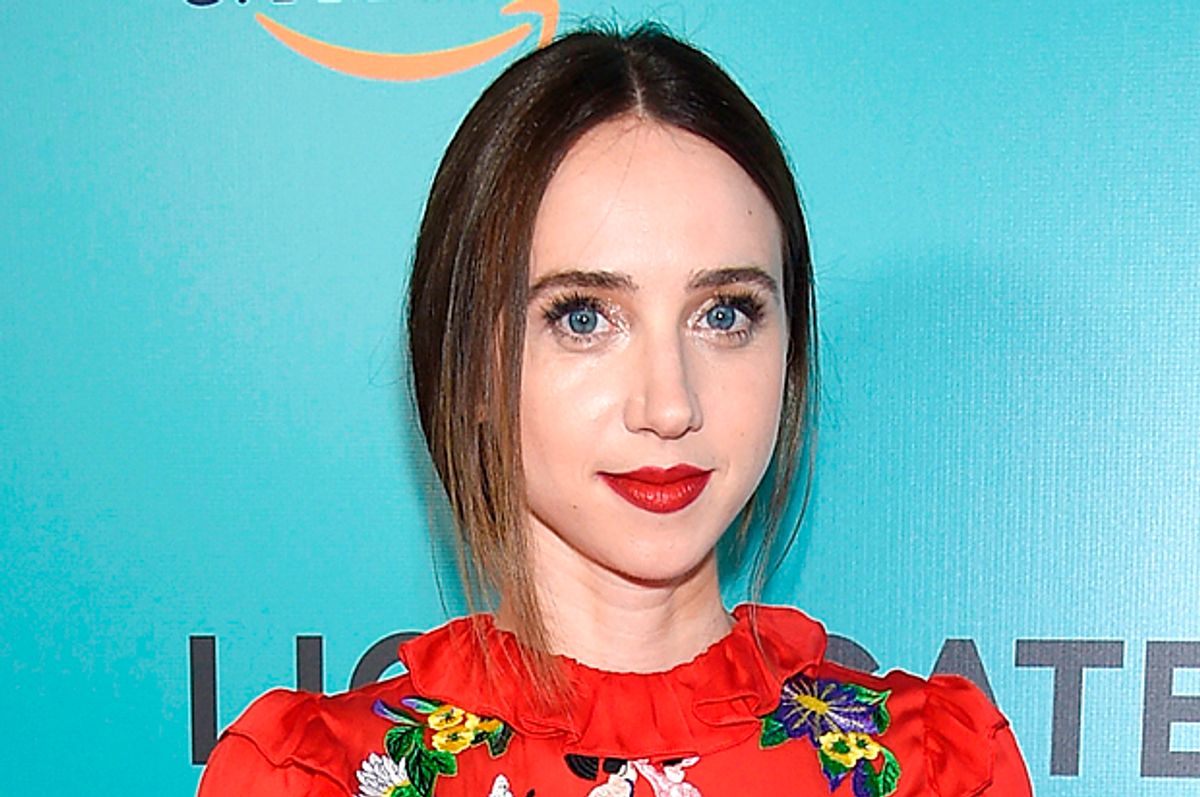 Following a strong resume of bold, sharp performances in a string of under-the-radar indie film, actor and Hollywood scion Zoe Kazan is at last receiving her fair share of mainstream attention thanks to the critical and box-office success of "The Big Sick". For anyone who's seen her warm, smart performances in various rom coms or her complicated, pointed turn as an dysfunctional mother in "The Monster," it's seems deserved.

Yet, as Kazan tells the Guardian in a recent interview, to get where she is meant suffering many of the humiliations other female actors have talked about both in the casting suite and on set.

As she says to Emma Brockes in a lengthy profile that would be a worthy read even if didn't touch on the subject of harassment, Kazan has had to weather unwanted attention and unequal treatment even though she's descended from Hollywood royalty.

"There’s so much sexual harassment on set," she says, "and there’s no HR department, right? We don’t have a redress. We have our union, but no one ever resorts to that, because you don’t want to get a reputation for being difficult."

She then compares the treatment she's received at the hands of casting directors, film directors and producers to that of her partner of 10 years, Paul Dano, himself known for roles in "There Will Be Blood," "War and Peace," and "Ruby Sparks," the film Kazan wrote and the pair co-starred in.

"He’s very sensitive and the art he responds to is very emotional," she says of Dano. "And yet, nine times out of 10 [in a role], I have to cry, and he rarely has to cry. I think once in an audition I had to have a gun and be tough, and his auditions have involved guns or a kind of toughness so many times. I think there’s a difference in the range of roles he is offered, compared with the range I have access to."

Speaking more generally about the problems with casting, harassment and the treatment of women throughout the industry, Kazan says:

I have a lot of girlfriends who are amazing actors, and many times we’ve talked about having to go into a room and give "blowjob eyes". You know, be flirty with a director or a producer. It’s the sense that your sexuality is somehow baked into this situation. Or there’ll be auditions where they’ll say, "Wear something body-conscious" and then you’re aware that they’re checking out your body. You leave the situation feeling not good about what just happened, but you don’t really have the language for why. You feel like, if you said something, it would reflect badly on you.

Those last two sentences should sound familiar for any woman who has experienced such treatment in any industry or workspace beyond Hollywood.

I had a producer ask me on set once if I spat or swallowed. At work. He’d say, "Oh, it’s a joke, ha ha." But he was also paying my cheque and then watching me from the monitor as I made out with another actor – so when he tells me I look good, it feels different. I was in my mid-20s at the time. I was not powerful, I did not feel I could say anything.

That situation could have played out in roughly 10 of Kazan's IMDb credits from that era, so the identity of that producer is both hard to guess and will most likely never be confirmed.

Kazan, now 33, adds that it was a combination of experience and working with the right people that saw such treatment come to something like an end. "That has got better as I’ve got older, partially, I think, because I’m better at knowing how to shut that down."

Nonetheless, she returns to a refrain that most women will find familiar. She says that such treatment, "makes you feel guilty, and bad, as if it’s somehow your fault – that you’re somehow giving that person the signal that it’s OK to treat you that way." Again, she brings it back to her equally talented partner, "And none of that is stuff that Paul has to deal with."

For the full interview, which also covers how Kazan was able to overcome an eating disorder, visit the Guardian.