Watch Kit Harrington of "Game of Thrones" audition for Daenerys, Cersei, your heart

The actor took to "Jimmy Kimmel Live!" to try on different "Game of Thrones" roles and a bevy of bad wigs 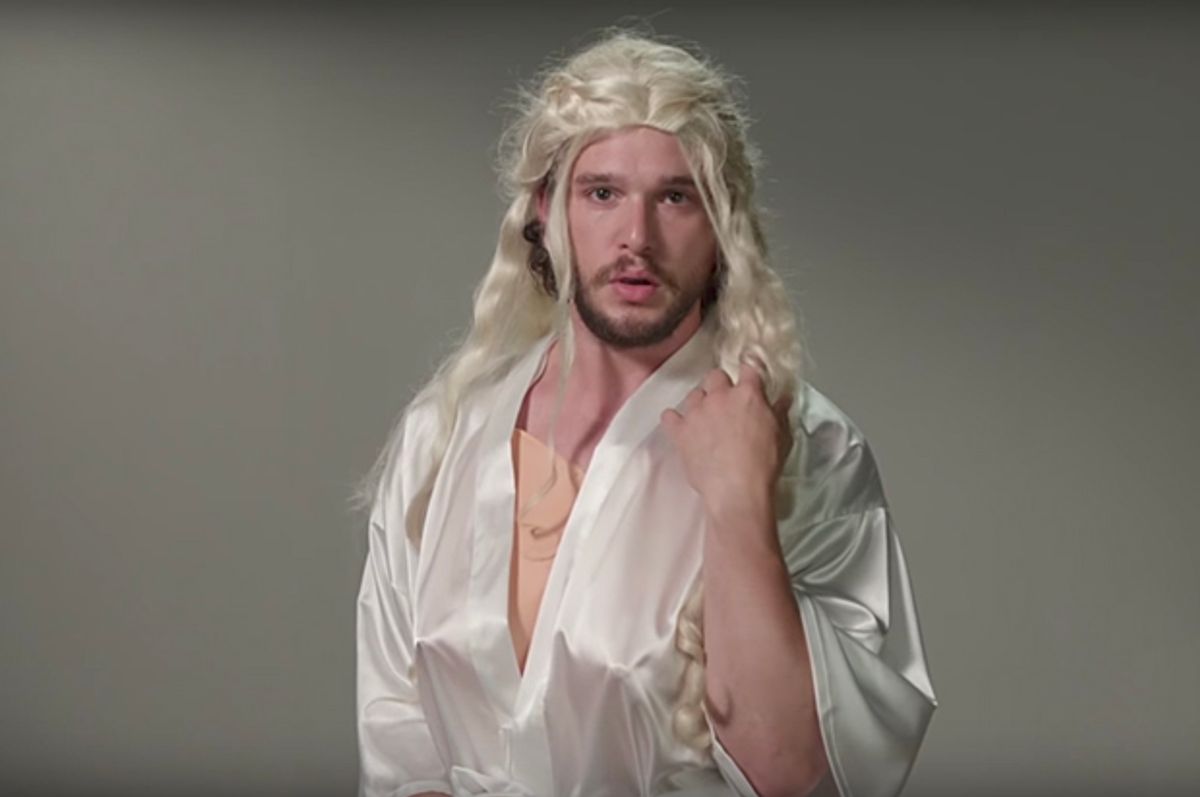 So, yes, despite years of both critics (including this one) and fans (including this one) expressing... concerns about Kit Harrington's general acting chops, the young actor has come to more than acquit himself in his role of Jon Snow in HBO's dragons-and-incest blockbuster show, "Game of Thrones."

But what, one wonders, would have happened were the raven-haired, loveably emo Harrington cast in another of the dozens of roles in the sprawling series inspired by George R.R. Martin's "A Song of Ice and Fire" novels? What indeed?

Thankfully, the producers at "Jimmy Kimmel Live!" have given us an eye onto this alternate reality thanks to a series of "auditions" in which Harrington dons various caps (er, wigs) in laudable attempts to show the breadth of his acting skills.

Below, you can clearly see that producers David Benioff and D.B. Weiss clearly missed an opportunity when they tagged Harrington with the Snow part instead of deciding on a bolder, perhaps risker move of giving him the role of Cersei Lannister. Lena Headey is great and all, but witness the pathos Harrington brings to the part. Much the same could be said for his brief turns as Arya Stark and Daenerys Targaryen. Watching this clip, we can only sit and wonder how many Golden Globes and Emmys Harrington would have brought home.

After this stunning performance, the next place one may see Harrington and his many facets is on, yes, "Game of Thrones"' seventh season which premieres on HBO this Sunday, July 16. Presumedly he will be again portraying Jon Snow — but hey, this is an unpredictable series, right?