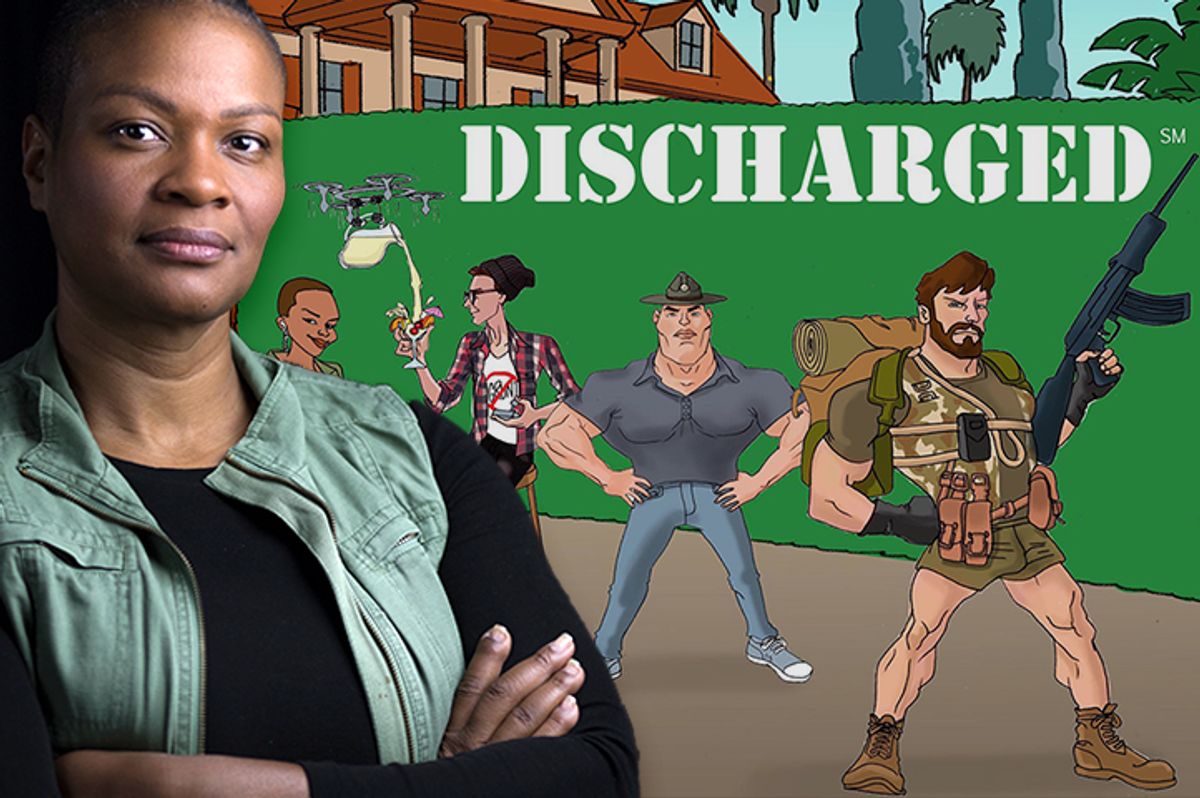 A new animated series in development, "Discharged," is seeking to combat veteran suicide and address serious mental health issues that affect the return to civilian life through the seemingly unlikely vehicle of comedy. Jas Boothe, the show’s creator, describes the show as being what would happen “if ‘Full Metal Jacket’ met ‘Friends’ met ‘Family Guy.’” The show tackles issues relevant to veterans, like homelessness and mental health, though characters all voiced by veterans. Salon Talks sat down with Boothe, who is a veteran advocate, to discuss here new approach to serving this vulnerable population.

Is there a significant difference in how active military is treated versus how veterans are treated?

“When you're in that uniform, you are celebrated, you are put on a pedestal, and we when we get out of the military, we think that — because people are so patriotic — we won’t have a problem getting a job, we won’t have a problem getting the resources and then we do and then it’s just — we feel broken, because we feel like we were forgotten about.”

How did you arrive at the idea of addressing veterans' mental health issues with "Discharged"?

“I started to talk about my daily battle with major depressive disorder. Mental health issues in the veteran community have had a stigma attached where you didn't talk about it, you didn’t want your buddies to know that you’re struggling." Veterans without a support system are "isolated in their feelings, they’re isolated with their demons. It can takes months to get a VA appointment, it can take months to get therapy, so what do you do in between times? I’m trying to create an outlet of something that you can have, that you can watch to boost your spirits while you’re waiting on your next appointment.”

In this context, what's the importance of using light entertainment like animation and comedy?