Kellyanne Conway tried to show that the collusion talk was premature, but all she did was make herself a meme 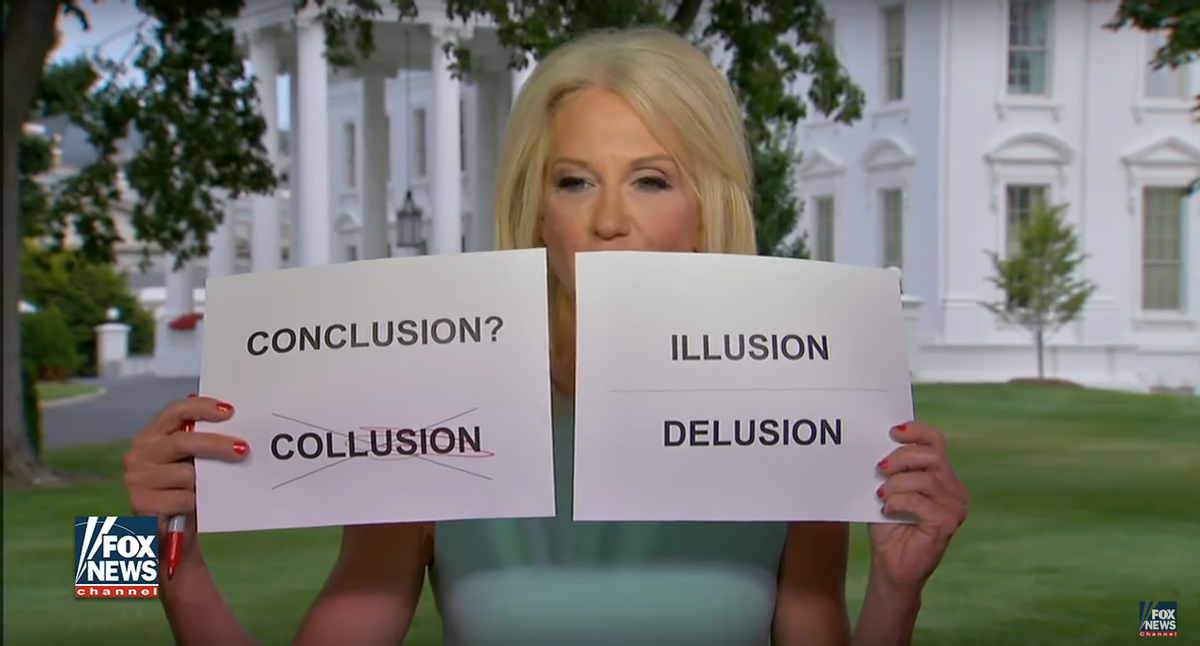 White House senior counselor Kellyanne Conway made a grave, amateur mistake Wednesday night when she appeared on Fox News holding up two sheets of white paper. The internet had a field day doctoring a still from that interview to alter what the print on the paper said.

Desperate to convince the American people that the collusion narrative is merely a liberal fantasy, Conway turned to props to help get her point across. The spin doctor held up two white sheets of paper with the words "conclusion," "collusion," "illusion" and "delusion."

"This is to help all the people at home," Conway told Fox News host Sean Hannity.

"What's the conclusion? Collusion? No. We don't have that yet. I see illusion and delusion," she explained.

While Hannity chuckled at Conway's ingenuity, Twitter could not stop laughing when users began to photoshop the image to make it seem as if she was trying to say something else.

This was not the first instance when the internet hilariously trolled a white sheet held up by a member of the Trump administration. One online generator allows people to create their own executive order showed off by President Donald Trump himself.

Besides all the meme opportunities Conway provided social media, one other noteworthy scoop came out of the "Hannity" interview. When Conway said that there was no collusion, she qualified that statement with "yet."

Perhaps the White House adviser is aware of more damning reports that may soon leak to the press.