Milo's PR team said 100,000 copies had been sold, but the numbers suggest the sales are far fewer 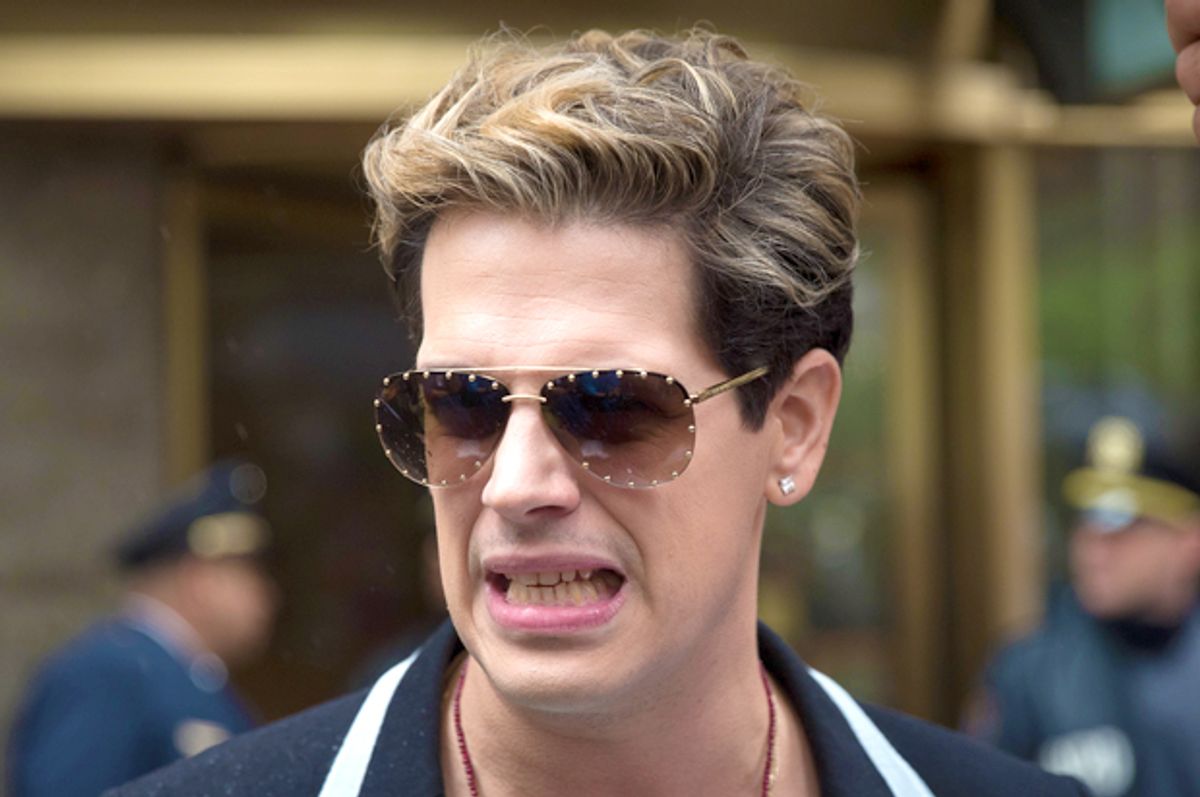 Provocateur Milo Yiannopoulos inflated sale numbers for his new book "Dangerous" and called statistics that show he sold far less than his original claims "fake news," according to the Guardian.

Only 18,268 copies of the book were sold, according to Nielsen Bookscan "which monitors book sales through almost all outlets, including Amazon," the Guardian reported. There were also 152 copies sold in the U.K., where Yiannopoulos was born, since the book was released on July 4.

However Yiannopoulos's public relations team originally claimed to have sold 100,000 copies, including pre-orders, through Amazon alone. That figure is 5.263 times more Nielsen's numbers and a more than 400 percent increase. While ebooks are not included in the Nielsen Bookscan, the managing director, Andre Breedt, said "As our sales include Amazon sales it is unlikely to be higher," according to the Guardian.

Yiannopoulos claimed this was a false depiction of the statistics, and argued that his PR team also counted copies of his book that were sent to wholesaler sellers. But books sent to wholesale sellers are not counted by Nielsen Bookscan as well as other monitoring agencies because "it is usual practice for wholesalers to return unsold copies to the publisher," the Guardian reported.

"By now, you may have heard reports claiming we only sold 18,000 copies of Dangerous and that our 100,000 copies claim is exaggerated. I’m happy to report that this is fake news," Yiannopoulos wrote, according to the Guardian. "It’s true that the major booksellers only managed to ship out 18,000 copies to retail customers by the list cutoff. But that’s because they didn’t order enough ahead of time, and have been scrambling to play catchup ever since."

"The real news is that we’ve received wholesale orders and direct orders of such magnitude that our entire stock of 105,000 books is already accounted for," he added.

Though his self-published "Dangerous" was number one on Amazon on the day of its release, it dropped to the fifth spot in the nonfiction section, and to 52nd overall just two days later. "The figures are in stark contrast to claims by Yiannopoulos that his book had already sold 100,000, aided by 65,000 pre-orders on Amazon’s US site," the Guardian reported.

It's also fallen in the Apple bookstore "iBooks" out of the top 100 books after hitting number 20 when it was released, according to Publishers Weekly. Yiannopoulos self-published the book after losing his book deal with Simon & Schuster after he made comments that seemed to defend pedophilia and sex with minors. He is now suing the publisher for $10 million for "willful and opportunistic" breach of contract.