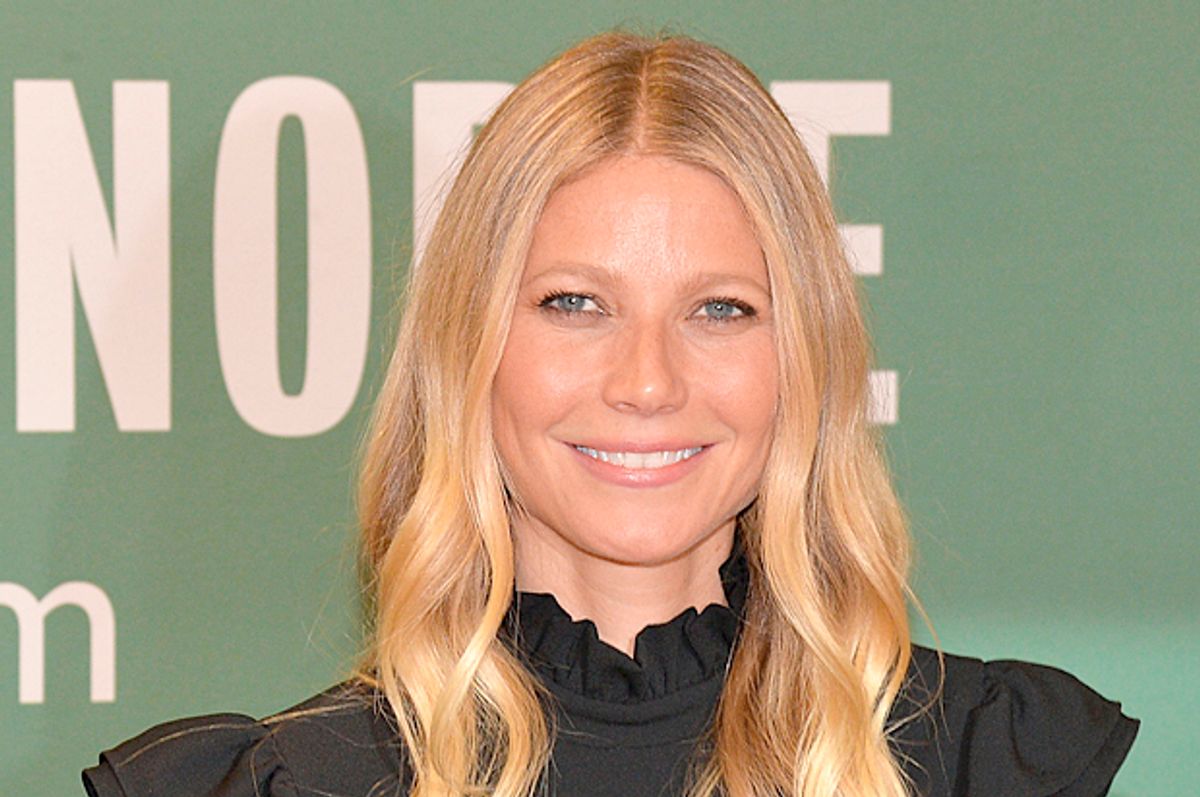 Gwyneth Paltrow — the actress most famous for her alternative lifestyle practices — has always brushed off the criticism she has faced for promoting unconventional remedies on her wellness blog, "Goop" (even after admitting she has no idea what she's doing).

But now, Paltrow and the Goop team are fighting back their toughest critics and defending their more controversial treatments.

In a post titled, "Uncensored: A Word from Our Doctors," the wellness site defends its contributing doctors and calls the criticism they receive "dangerous."

“As goop has grown, so has the attention we receive,” begins the overtly passive-aggressive post. “We consistently find ourselves to be of interest to many — and for that, we are grateful — but we also find that there are third parties who critique goop to leverage that interest and bring attention to themselves. Encouraging discussion of new ideas is certainly one of our goals, but indiscriminate attacks that question the motivation and integrity of the doctors who contribute to the site is not. This is the first in a series of posts revisiting these topics and offering our contributing M.D.’s a chance to articulate theirs, in a respectful and substantive manner.”

The post continues, “we always welcome conversation. That’s at the core of what we’re trying to do. What we don’t welcome is the idea that questions are not okay. Being dismissive — of discourse, of questions from patients, of practices that women might find empowering or healing, of daring to poke at a long-held belief — seems like the most dangerous practice of all.”

The site then defends its most contentious remedy: vaginal jade eggs. The practice — where women insert jade eggs into their vaginas to enhance their sexual experiences — has been widely criticized, especially by Dr. Jen Gunter, an OB-GYN and blogger. The post attacks Gunter's critique and suggests she is “taking advantage of the attention and issuing attacks to build her personal platform.”

But Gunter isn't the first person to take aim at Goop's most outrageous claims — even NASA has fact-checked the site. In June, GOOP promoted wearable stickers they claimed were "made with the same conductive carbon material NASA uses to line space suits so they can monitor an astronaut's vitals during wear." NASA responded soon after, explaining their current space suits do not contain any carbon fibers. "Not only is the whole premise like snake oil, the logic doesn’t even hold up," Mark Shelhamer, former chief scientist at NASA's human research division, told Gizmodo. "If they promote healing, why do they leave marks on the skin when they are removed?"

The site claims their "primary place is in addressing people, women in particular, who are tired of feeling less-than-great, who are looking for solutions — these women are not hypochondriacs, and they should not be dismissed or marginalized." However, many of their "findings" have been disproven due to a lack of scientific evidence. In 2016, Goop widely spread the claim that wearing bras causes breast cancer. The American Cancer Society debunked this myth in a post aptly titled, "Bras and Breast Cancer: A Theory that Lacks Support."

In a separate post, the site boasts about a vaginal steaming treatment. It called it an "energetic release" and suggested it "balances female hormone levels." Gunter also addressed this myth, pointing out that "balancing hormones... means nothing medical" and that "steaming your vagina with wormwood or mugwort will not do anything to hormones because these plants are not hormones."

Let's not even talk about the bees.