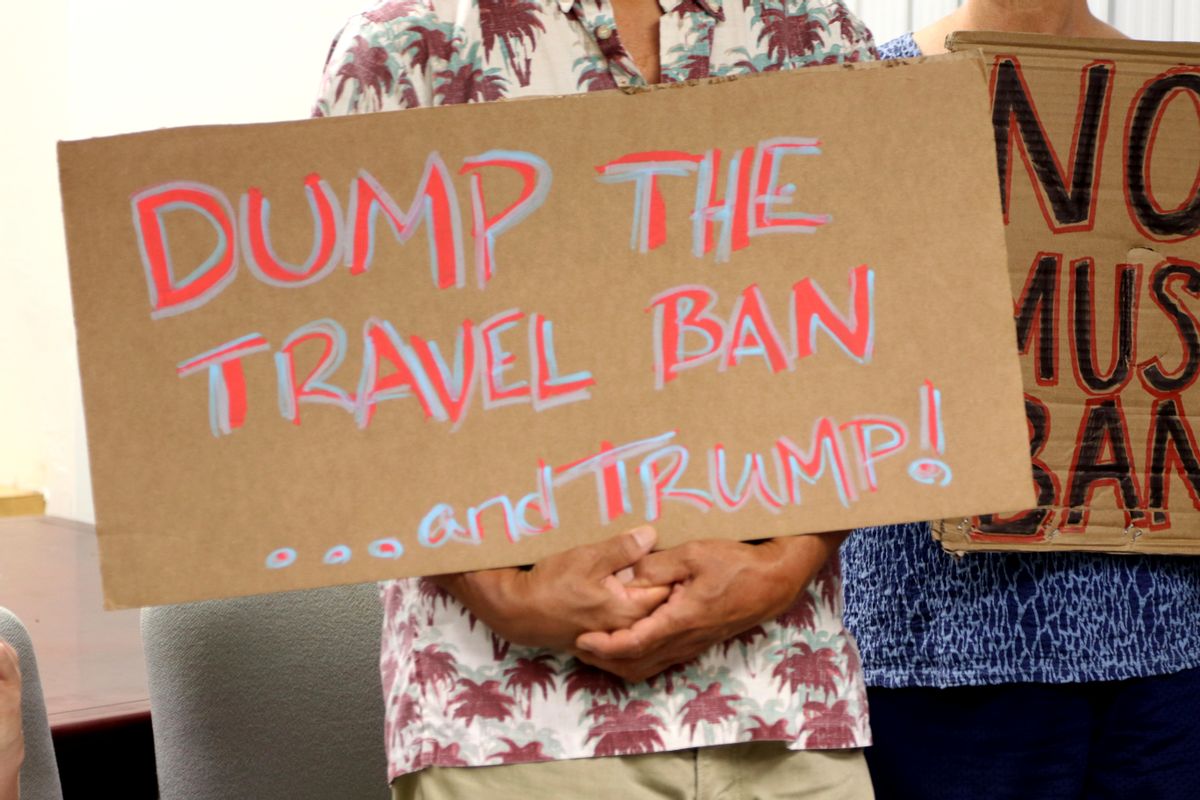 After the Supreme Court unanimously ruled in June that foreign citizens from certain countries could not enter the United States unless they can present a “credible claim of bona fide relationship” with someone in America, such as a college, employer, close family member or spouse, the Trump administration defined a close family member as somebody part of the nuclear family.

In his ruling, the judge knocked the administration's definition of a close familial relationship.

In a press release Thursday, Hawaii's Attorney General Douglas Chin said, "The federal court today makes clear that the U.S. Government may not ignore the scope of the partial travel ban as it sees fit. Family members have been separated and real people have suffered enough. Courts have found that this Executive Order has no basis in stopping terrorism and is just a pretext for illegal and unconstitutional discrimination. We will continue preparing for arguments before the U.S. Supreme Court in October."