See the first trailer for season 3 of Netflix's brilliant "Narcos" 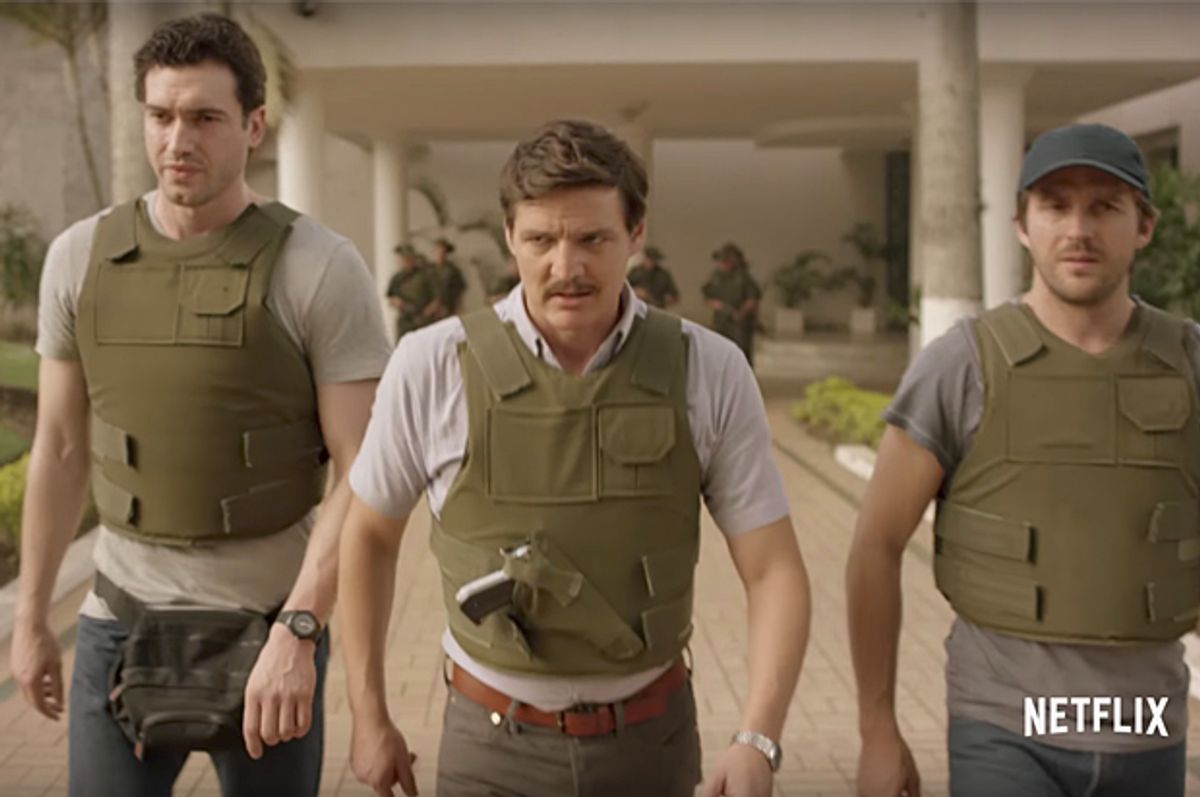 Across its first two seasons, Netflix's epic crime drama "Narcos" cemented itself as one of the more engrossing, visually arresting shows on the platform.

Its loose adaptation of the spiraling wave of crime, terrorism and cocaine trafficking surrounding the life of Pablo Escobar was not only devilish, nasty fun, it was a solid reminder to stateside audiences of how truly vicious and scary the Escobar era was in Colombia and how the illegal appetites of our nation nearly destroyed another. That's not to say that the discussion of these issues in "Narcos" — particularly the portrayal of Escobar — haven't been without its critics.

Now, with the series is on its way back to the streaming platform, we're getting a first look at what "Narcos" will look like without standout star Wagner Moura's brilliant, frightening turn as the now-deceased Escobar.

Again, the action will remain in Colombia — where the series is filmed — shifting from Escobar's Medellín to the southern city of Cali as that town's cartel develops into a network that was, in time, larger and more profitable than anything the country's most famous narco-terrorist ever created.

Returning will be "Game of Thrones" favorite Pedro "Oberyn Martell" Pascal as DEA agent Javier Peña, though it seems his partner, played Boyd Holbrook ("Logan"), won't be making the journey to Cali with him. Gifted Brazilian director José Padilha retains his executive producer role and much of the show's original creative team seems to be intact.

With a fourth season of the series already green-lit by Netflix, "Narcos" returns to the platform September 1. See the full trailer below.