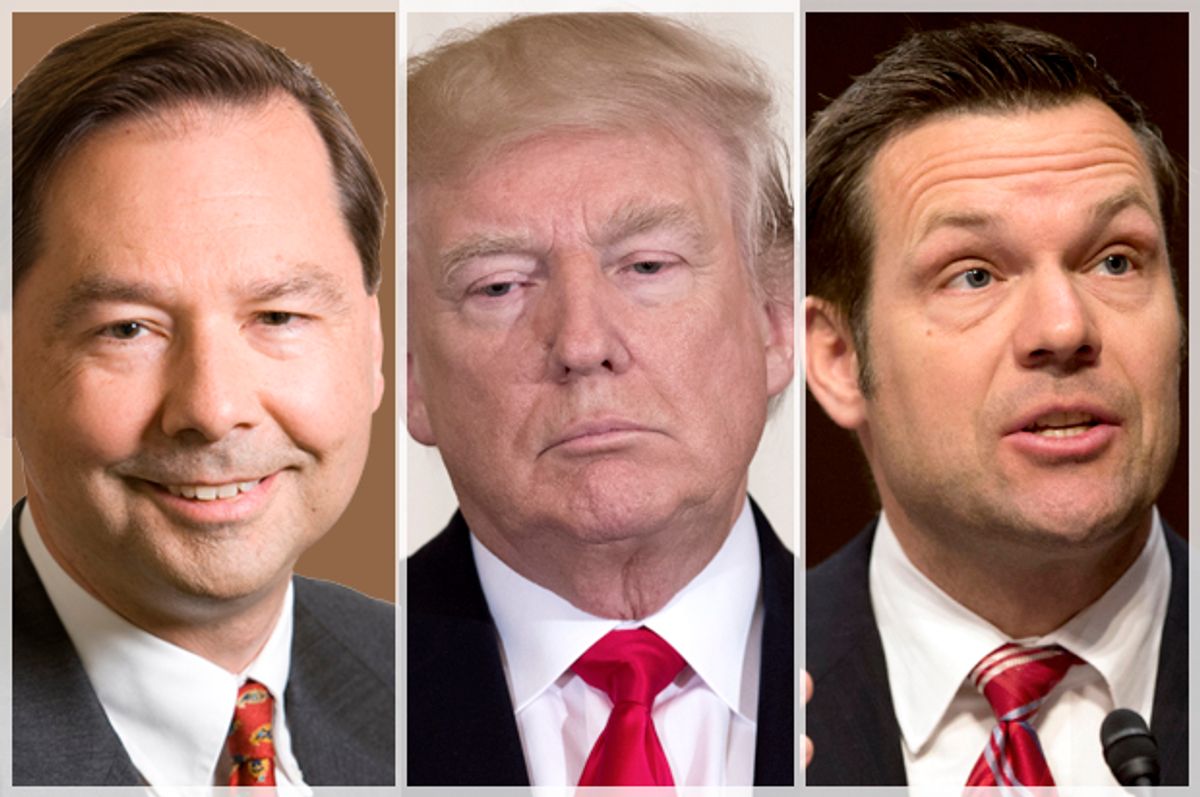 “Do not obey in advance. Much of the power of authoritarianism is freely given,” Yale historian Timothy Snyder warns in his book, “On Tyranny: Twenty Lessons from the Twentieth Century.” Just as election officials in several states have reported that voters are attempting to deregister to vote amid an effort by President Donald Trump’s newly established Commission on Election Integrity to gather personal information on voters, the White House published unredacted complaints from the public, some of whom included identifying personal information.

The White House’s decision to publish the emails that contain the names, and in some cases, phone numbers, home addresses and places of employment of people concerned that Trump’s commission would make such information public was no accident.

Trump’s voter fraud commission was set up to restore his bruised ego following his popular vote loss and to further a national voter suppression campaign. Lead by Kansas Secretary of State Kris Kobach -- a longtime advocate of voter-identification laws with nativists ties -- the panel became the focus of intense criticism after Kobach sent a June 28 letter requesting sensitive voter information from all 50 states, a request rejected even by many red states. Kobach recently told a federal judge that he'd anonymize voter roll data. Emails, however, weren't part of the promise.

In a post on the White House website Thursday, the panel said that “any member of the public wishing to submit written comments for the Commission’s consideration may do so via email at ElectionIntegrityStaff@ovp.eop.gov.” But, the panel made clear, “the Commission may post such written comments publicly on our website, including names and contact information that are submitted.”

And that’s just what they did.

While many of the emails released on Thursday accused the commission of attempting to build a national database that could be used for targeted voter suppression and potentially leave sensitive information vulnerable to theft, the White House saw fit to release complaints containing such information from hundreds of Americans.

Here are excerpts from some of the angry complaints -- without the attached email addresses, names and other identifying information:

Kobach, whom the ACLU once named “the king of voter suppression,” is apparently unconcerned by reports of Americans so fearful of what he’ll do with their personal information that they are voluntarily removing themselves from voter rolls. “It could be a political stunt ― people who are trying to discredit the commission and withdrawing temporarily because they are politically active but planning to get back on the voter rolls before the election next November,” he told Breitbart this week.