Two weeks before the infamous email-chain was released, President Trump's campaign paid $50,000 to his son's lawyer 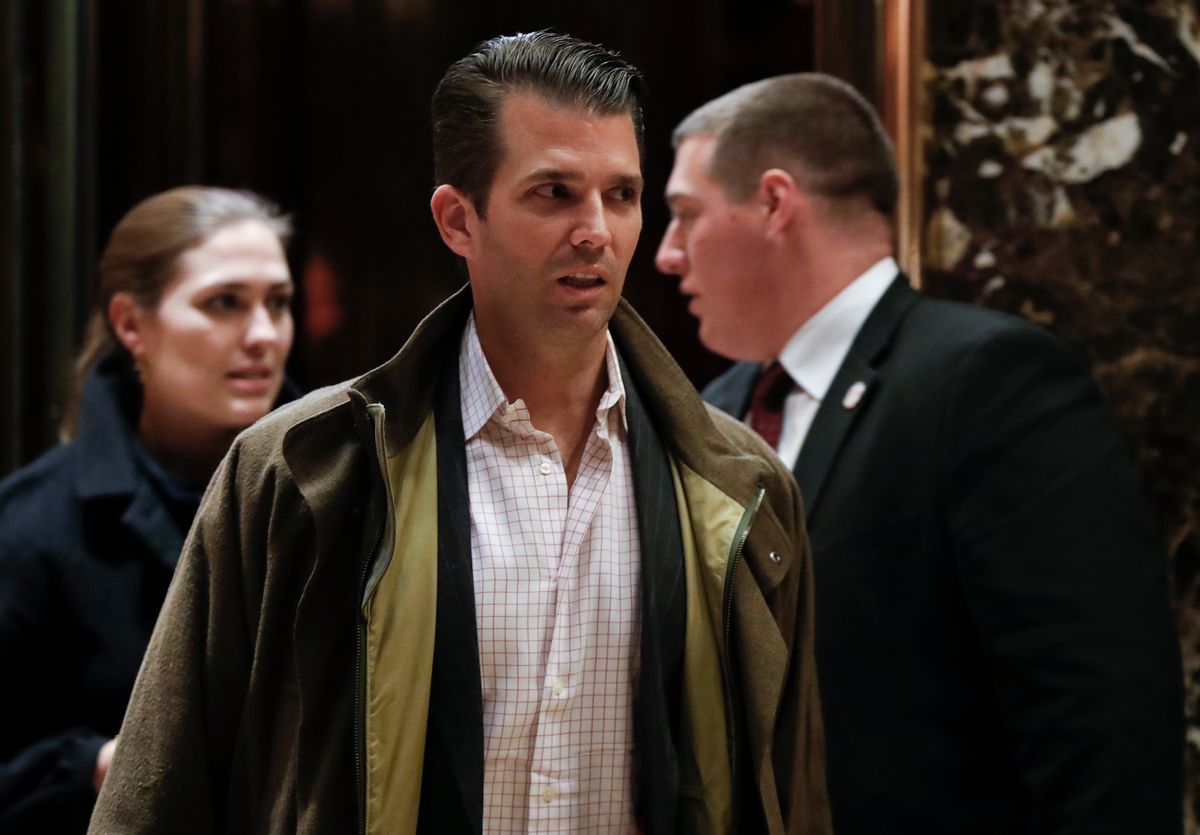 If you've donated to President Donald Trump's campaign to re-elect, there's a chance those funds have been used to pay for the first family's legal defense team. Federal Election Commission records show that the president's re-election campaign made a $50,000 payment last month to the attorney representing Donald Trump Jr., Reuters reported Saturday.

The payment came almost two weeks before Trump Jr. revealed that he met with a Russian lawyer in order to discuss damaging information on Hillary Clinton.

The payment, dated June 27, was made to the Law Offices of Alan Futerfas, according to Reuters, and was disclosed in the most recent filing with the Federal Election Commission. "Legal consulting" was the purported reasoning for the payment.

FEC records show that Trump's re-election campaign also paid the law firm of Jones Day, which represented Trump's campaign during the 2016 presidential election. The FEC allows candidates and federal office holders to use campaign funds to pay off legal fees that are connected to the election.

In the second quarter of 2017, Trump's re-election campaign spent $4.4 million of the $8 million it raised.

Of the $6.3 million spent by President Trump during the first three months of 2017, nearly $500,000 went to hotels, golf clubs, and restaurants owned by the Trump business empire, according to campaign finance disclosures reported by The Wall Street Journal. This included $274,013 to rent in Trump Tower, $58,685 for lodging at the Trump International Golf Course in Florida, and $13,828 for facility rental and catering at the Trump International Hotel in Nevada.