Trump made an exception in his travel ban to accommodate an Afghan girls robotic team, and Conway expects a thanks 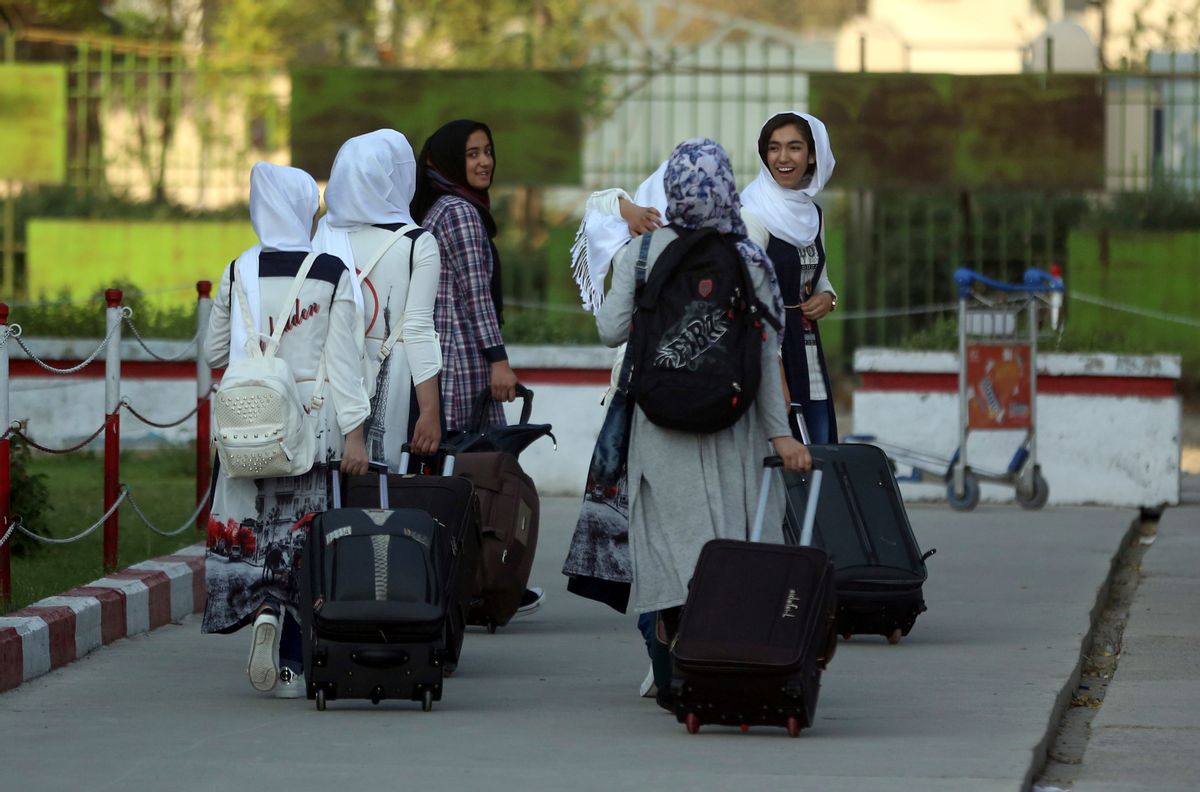 While everybody else just talks, President Donald Trump takes action. For White House senior counselor Kellyanne Conway, that was the moral of the story involving the girls Afghan robotics team that arrived in the U.S. Saturday morning for a high school competition.

The six-girl team and their chaperone flew into Washington Dulles International Airport early Saturday after their U.S. visas were rejected twice following the enforcement of Trump's travel ban. The president himself reportedly intervened in the matter by issuing a "parole" mechanism that exempted the team from the visa requirements.

Critics of the travel ban had highlighted this case as an example of the draconian, unjust consequences of the seemingly anti-Muslim policy. The ban did not just target those suspected of terrorism, but also innocent children hoping to pursue their dreams abroad.

And now that Trump carved out an exception for these young, inspiring women, White House advisers apparently believe that the president deserves some praise.

Conway failed to mention that the only reason the robotics team was dealing with travel issues was because of the baseless ban that national security experts say is arbitrary and unnecessary.

The girls were greeted at the airport by U.S. special envoy and Afghan Ambassador Hamdullah Mohib, who celebrated the moment for the struggling country.

“Seventeen years ago, this would not have been possible at all,” Mohib told the Associated Press. “They represent our aspirations and resilience despite having been brought up in a perpetual conflict. These girls will be proving to the world and the nation that nothing will prevent us from being an equal and active member of the international community.”