Living the American dream in a trailer park 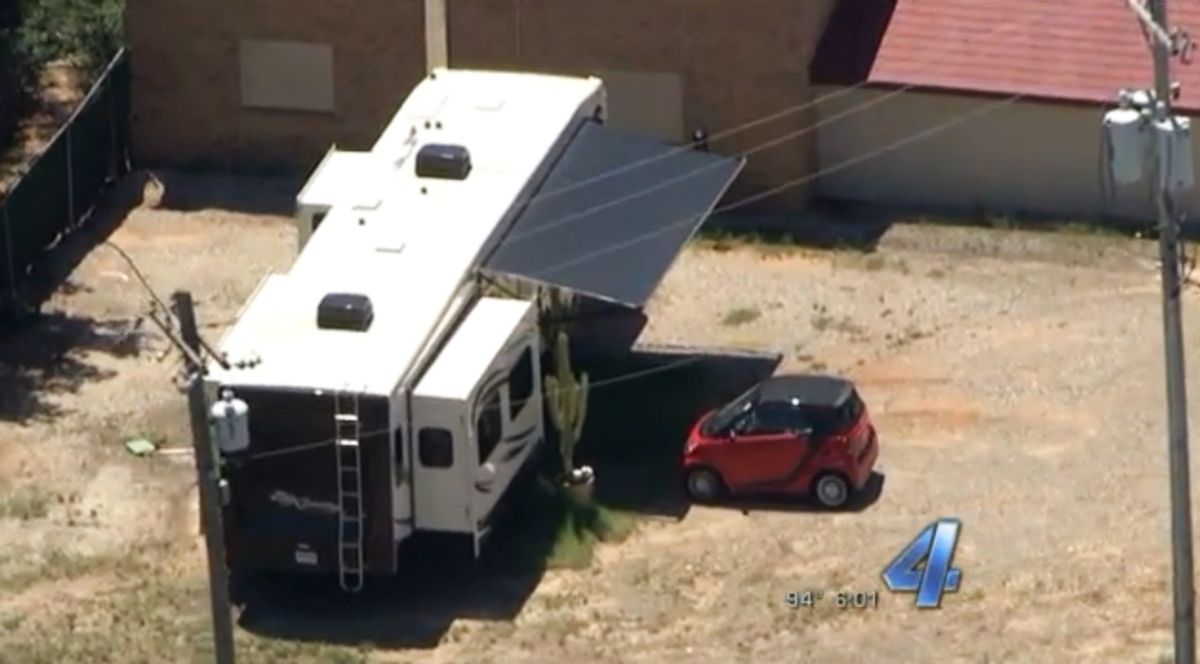 Living the American Dream in a Trailer Park — By Sara Terry from BillMoyers.com on Vimeo.

All too often, they’re the butt of jokes and stereotypes — mobile home parks and the “trailer trash” who live in them.

But the 50,000 parks that are spread across the United States deserve a lot more respect than that. Home to some 20 million people — 6 percent of Americans — they are the nation’s largest source of unsubsidized affordable housing, offering a shot at the American dream to people who can’t afford a traditional home. And at a time when only 1 in 4 Americans who qualify for government housing assistance actually receives aid, these parks take a huge load off a severely strained system.

Historically, trailer parks have been mom-and-pop operations that have turned a tidy profit through lot rentals paid by every tenant each month. People who live in mobile home parks generally own their homes, but not the land they live on, and pay monthly lot rental fees to a park owner — fees that vary widely depending on location, but can be around $700 to $800 in urban areas. Affordable housing activists have helped some residents — like the residents of Birch and Baker in Boscawen, New Hampshire — featured in the video above — buy their parks and own them as co-ops, to free them from ever-rising rents.

But far more common in the past few years has been the phenomenon of investors, such as billionaires Sam Zell and Warren Buffett, catching on to the fact that there’s a lot of money to be made in trailer parks — returns of 20 percent or more. Buffett’s Berkshire Hathaway owns Clayton Homes, which manufactures nearly half of all mobile homes a year in America. And Zell’s Equity LifeStyle Properties (ELS), the largest mobile home park owner in America, has a “controlling interest in nearly 140,000” park lots. The Guardian reports that in 2014 alone, ELS made $777 million in revenue, helping boost Zell’s near-$5 billion fortune.

In general, residents are between a rock and a hard place when it comes to rent increases: Mobile homes aren’t so mobile anymore (they cost thousands of dollars to move, which can be prohibitive for people on fixed or limited incomes), and in many states there are few protections for residents, which mean that park owners can raise rents at their own discretion and are also able to evict residents in as little as 60 days.

Mom-and-pop parks — which for years were the hallmark of the industry — tended to make modest yearly increases in lot rentals (if at all). But the standard among investors is to raise rents immediately after buying a park, and to justify large increases by comparing rates to local apartment rentals. In Silicon Valley, which faces one of the worst affordable housing crunches in the country, lot rentals have been jumping — and now range from $1,600 to $2,000 a month for new residents in some parks.