Who’s most likely to be sitting atop the Iron Throne at end of "Game of Thrones" season 7? 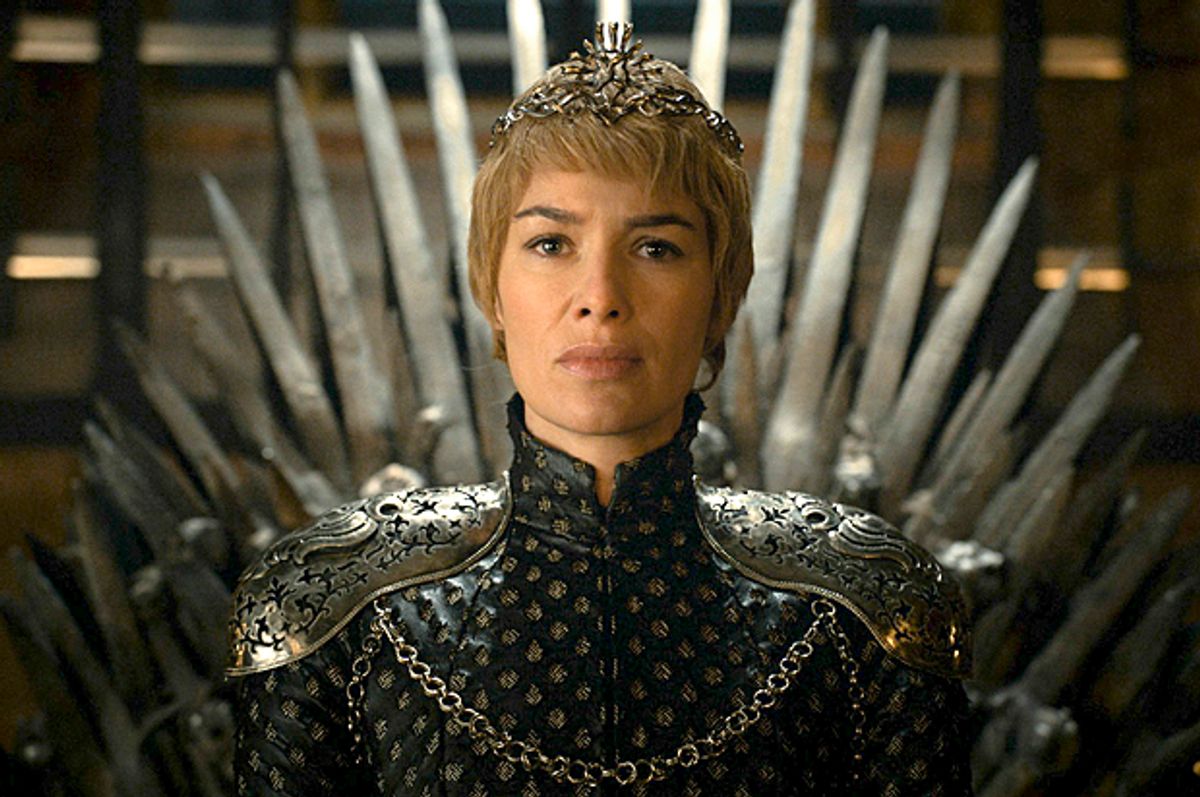 Heading into the seventh season of “Game of Thrones,” the snaky Cersei Lannister’s cold behind has just begun to get snug on the Iron Throne. (If you’ve forgotten how season 6 ended, allow me to hit you with a bit of onamonapia: Ka-bloom! Whoosh! Splat!) Cersei is maniacal, vindictive and despotic. And her claim to the throne is fraudulent. So most viewers of the show would probably like nothing more than to see Daenerys Targaryen swoop into Westeros on Drogon’s back, whisper “Dracarys,” and watch Cersei burn to a crisp.

No one is more invested in such an outcome than the bookies at the betting site BookMaker.EU. In late June, BookMaker put odds on who would be sitting on the Iron Throne by the end of season 7. Initially, BookMaker’s sportsbook set Daenerys Targaryen — whom we last saw setting sail for Westeros with a formidable army at her back — as the favorite, giving her +215 odds (bettors could risk $100 to win $215).

But so hot were fans for Cersei that BookMaker gradually made the incumbent queen the favorite, then took the bet down to reassess the odds, and ultimately swung its odds in such a way that a bet for Cersei would hardly be lucrative: Cersei, initially given +320 odds (risk $100 to win $320), was moved to -350 odds (risk $350 to win $100). For reference, Cersei is about as much the favorite as an ace pitcher would be against the worst team in baseball.

The case for Cersei remaining atop the throne is a pretty tough one to argue against. Cersei is cunning, careful and fixated on power. With all of her children dead and the spark gone from her incestuous relationship with her brother, she needn’t focus on anything but maintaining power. And more practically, it’s hard to picture a season of "Game of Thrones" (next season will be the last) without its most compelling heel — though the show has made a habit out of killing off central characters as joyfully as Ramsay Bolton mutilates prisoners.

But BookMaker’s Scott Cooley said that the avalanche of bets on Cersei might be the result of more than deductive reasoning. “It's hard for us to pinpoint why something's moved so much, other than that someone had inside knowledge as to what might happen,” Cooley said. “Usually whenever we see this kind of action, it's shark bettors playing. But since we don't have a contingent of professional entertainment bettors, it's hard for us to track who's doing what.”

If Cersei does in fact maintain her position as the ruler of Westeros, BookMaker stands to lose a sum in the low five figures. The site typically sticks to laying odds on sports and live events; because pre-taped shows like “Game of Thrones” have decided outcomes, laying odds runs the risk that word of the right answer will spread like a cache of green wildfire. “The rumors are not always true,” Cooley said. “But certainly someone knows.”

Kit Harrington, who plays Jon Snow, gave a compelling case why the rumors might not be true — if they exist at all — when he appeared on Jimmy Kimmel Live on Thursday. "What I can say about this season is — we had a lot of paparazzi following us around, especially when we were in Spain, and we did fake some scenes,” Harrington said. “We put together people in situations where we knew the paparazzi were around so they'd take photos and that would get on the internet so people would think they were real."

Non-betting fans are predominantly predicting that Daenerys will take power in Westeros, per a Variety poll. And the show’s cast overwhelmingly thinks that Daenerys or Tyrion will find a seat at the end of this round of musical chair. But isn’t that what they would say if they knew that Cersei would retain power? Or could they be pulling a bit of double-reverse psychology? Calling all three-eyed ravens.

Who Will Sit On The Iron Throne At End Of Season 7?