"Friends from College": A lesson in how Netflix takes advantage of the patience we once gave HBO 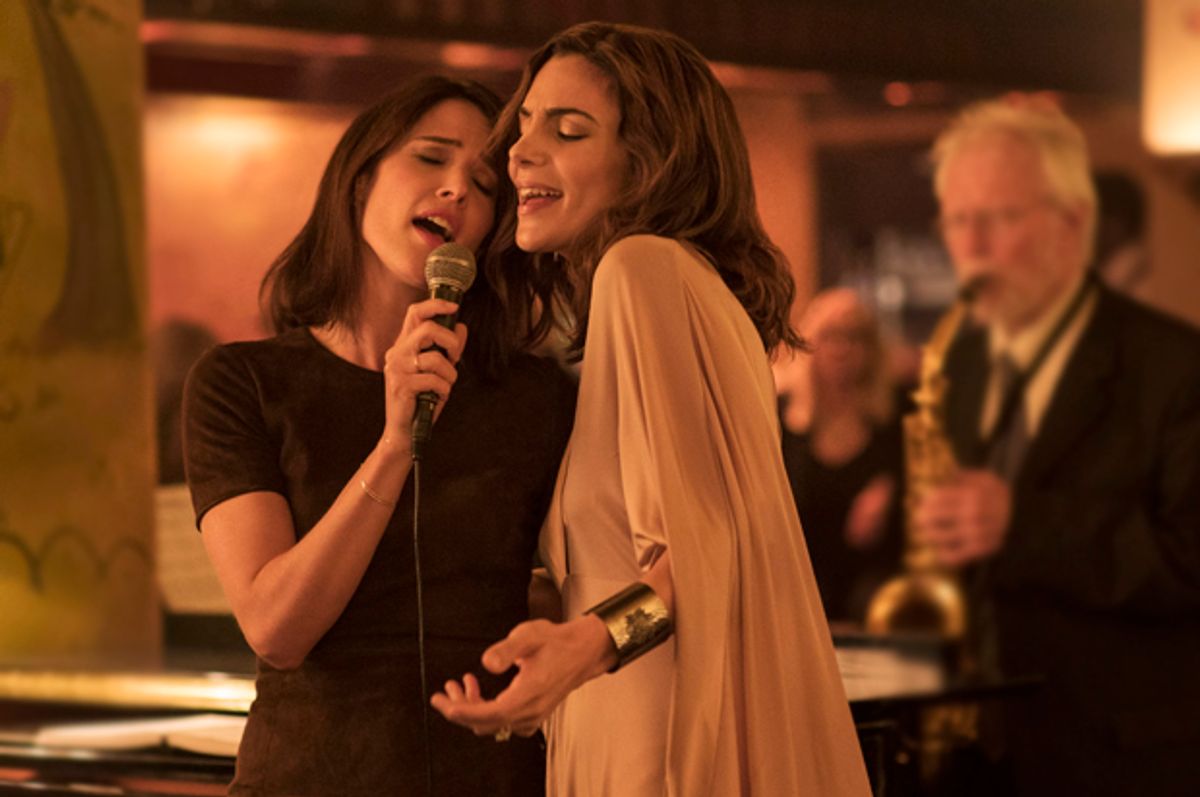 Recently a friend asked me, with a tinge of annoyance, if Netflix’s strategy consists of picking up any, um, somewhat interesting show and throwing it onto its service. (The precise term he used, actually, was “half-assed.”) If this is the case, he continued, then why do people continue to rave about it?

This friend is not linked to the television industry at all, by the way. He’s just another Netflix subscriber. And in his view, high-quality series are becoming increasingly difficult to discover. There’s too much chaff masquerading as wheat.

This is one person’s opinion, but it is worth pondering because there’s some truth to it. Netflix floods its stream with original content, much of which can best be described as enjoyable. But it produces and distributes a few superior titles as well. For every debate over the merits of “Flaked,” there are tens of undisputed raves for “BoJack Horseman.” Naomi Watts’ serialized vehicle “Gypsy” may have fallen flat with critics, but “The Crown” and “Stranger Things” make that stumble easy to forgive.

However (and this is where my friend’s annoyance comes into play), the tremendous volume of content the service pumps out mostly falls into the middling-to-good category these days. That’s consistent with television in general. But in an environment where being good generally doesn’t cut it, Netflix has been able to coast on a sea of “good.” For that, I told my friend, it owes a tremendous debt to the Golden Age of TV and, more specifically, HBO.

HBO doesn’t license any of its series to Netflix; it has its own streaming video on demand (SVOD) service as well as a catalog content licensing agreement with Amazon Prime Video that it made in 2014. But that’s not what I’m talking about. What I’m referring to is HBO’s seminal role in shaping viewer expectations.

In the early aughts, as HBO solidified its branding as TV that’s not TV (it’s HBO!), the premium channel’s originals inspired a level of patience in the viewer other shows did not receive. Early episodes of an HBO drama could luxuriate in meandering plots and loiter with characters whose relevance isn’t established until hours and episodes later. This was acceptable because HBO yielded creative magnificence in the forms “The Sopranos,” “The Wire” and “Deadwood,” Golden Age series that transformed the medium as we know it. Our forbearance was rewarded with novelistic and occasional lyrical storytelling, as well as multifaceted characters that blurred the boundaries between hero and antagonist.

Again, we’re talking about two decades ago, when there were far fewer shows and a person had to wait a week between episodes. Today, thanks to streaming, viewers can gorge on entire seasons in one sitting. And Netflix has found tremendous success with this binge-watching model in no small part by taking advantage of our lingering acceptance, cultivated by slow Golden Age-era plotting, of the idea that Great Television takes a while to establish itself.

What’s more, Netflix exploits this indoctrinated viewing convention in a new way: by luring audiences with high-profile stars, predisposing a viewer to grant a project more leeway than it may deserve. The recently released Netflix comedy “Friends from College” is an apt example of this.

“Friends,” which debuted on Friday, is an eight-episode series created by Nicholas Stoller (“Neighbors,” “Forgetting Sarah Marshall”) that follows a close-knit group of middle-aged pals who forged their life-long bond while attending Harvard. Most of its actors are veterans of successful TV comedies, central among them being “Key & Peele’s" Keegan-Michael Key and Cobie Smulders of “How I Met Your Mother.” Billy Eichner and “Ally McBeal” alumnus Greg Germann appear in recurring roles.

Affairs, doomed flirtations and general acts of selfishness propel the plot, all standard spices utilized in farce. But Stoller shapes each episode to indulge the performers’ idiosyncrasies as opposed to servicing the story or character development, and the result is a flimsy story somewhat flogged into shape by hammy eccentricity.

Now, whether you previously enjoyed Key, Smulders, Savage or any of the other actors' more successful prior projects is simultaneously irrelevant and precisely the point. The cast’s collective and individual familiarity does not save “Friends from College” from being confusing at best, and irritating in large measure. Chances are it’ll put off some viewers almost immediately.

But people who love Key, Smulders, Faxon, Eichner, Germann and the rest may be inclined to overlook the unbearable shallowness of the opening episode and watch the second, you know, just to be sure. Then, the third, because why not? Since the entire first season consists of eight 30-minute episodes, you might feel invested in it by episode four, even if you don’t know exactly what it is that you’ve investing in because you're waiting for “Friends from College” to, you know, find itself.

In a recently published column, Uproxx’s Alan Sepinwall refers to this as the “It Gets Good” phenomenon and wonders, correctly, if audiences have the time to endure five or six episodes of a series in order to come to that conclusion.

Two decades ago they might have. But two decades ago streaming video on demand did not exist. Now it's a widely adopted technology, and Netflix is presenting us with too much original content to sort and view, and too many selections asking for tolerance their writing and performances don’t necessarily earn.

Interpreting success and failure on Netflix is a subjective endeavor, I'll admit. The company doesn’t release data about its audience sizes, so only people inside Netflix know how many people watch a given series, and which series hold steady in their audience numbers from start to finish.

Netflix CEO Reed Hastings would like the public to believe that its high success rate is the reason its library is so vast and the company is renewing its content with such frequency. It's recent showing in the Emmy nominations may back up this assertion; it nabbed 91 nominations, putting it in second place to HBO's 111. Netflix also made headlines recently by canceling “Bloodline,” “Sense8” and “The Get Down,” all expensive series lacking viewerships that would justify their costs.

HBO encountered a similar problem, by the way, with its costly period-drama “Rome.” Some reports estimate that it cost between $9 million and $10 million per episode — an exorbitant price even by  today’s standards. “Rome” ran for two seasons between 2005 and 2007.  To put this in relative terms, “Sense8” costs around $9 million per episode, and “Game of Thrones” episodes are budgeted at $10 million.

The money Netflix saves on its canceled series, meanwhile, will be recirculated as part of the $6 billion-plus the company plans to spend on new content. Will some of it be half-assed? Oh, not just some — plenty. But this has always been an accepted truth of producing episodic series. Finding success is a crapshoot, and the failure rate is high. Middling shows can end up being ratings home runs while critical darlings are ignored and disappear quickly.

Netflix and other SVOD services can mask their defeats as well as their hits by keeping the numbers confidential. And they can manufacture victory, to some degree, by manipulating that part of our brains trained by premium cable to be unreasonably accommodating and susceptible to celebrity cachet. Don’t fall for it. More often than not these days, TV really is just TV, even if its fronted by a few good stars.