Poll: Trump's approval rating drops to 36 percent, but he's not buying it 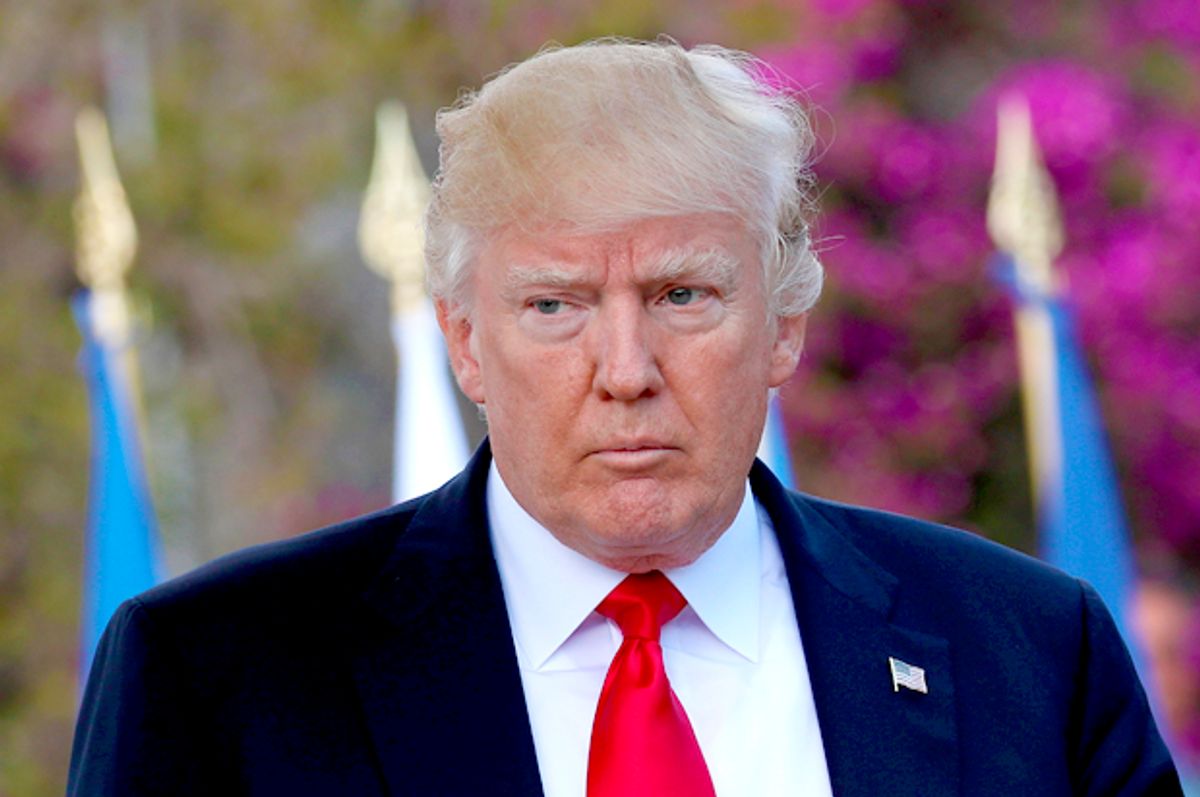 With six months inside the Oval Office under his belt, President Donald Trump has already set a new record, but he doesn't want any part of it.

Trump now holds the lowest six-month approval rating for any other president in the last 70 years, according to a Washington Post-ABC News poll released on Sunday. Trump's numbers have slipped since April as his approval rating now sits at 36 percent, with 58 percent disapproving his job performance to this point.

The president has already downplayed the results and also attempted to discredit the accuracy of the polling in a tweet by calling it "the most inaccurate poll around election time" even though that's not the case.

The numbers are real, and overall, 48 percent of Americans said they "disapprove strongly" of Trump's performance. Former president's Bill Clinton and Barack Obama never reached that milestone, and George W. Bush only did so in his second term, according to the Washington Post. Nearly a majority of Americans (48 percent) also view "the country’s leadership in the world as weaker since Trump was inaugurated," the Post reported. Only 27 percent see it as stronger.

The Russia investigation and Republican plans to repeal and replace Obamacare appear to be major issues weighing down Trump's presidency. When asked about the meeting between Donald Trump Jr., and a Russian lawyer, 63 percent said they felt it was inappropriate for him to attend, compared to only 26 percent who said it was appropriate. Despite the Trump administration's efforts to overlook the Russia investigation, 60 percent overall believe Russia attempted to influence the November election.

Regarding health care, an overall 50 percent said they prefer Obamacare over the Republican proposed plan to replace it, compared to just 24 percent overall preference for the Republican solution. Nearly two-thirds (63 percent) of Americans believe it's more important for the government to provide health care coverage for low-income Americans than to cut taxes.