Inside the minds of Trump’s "true believers" 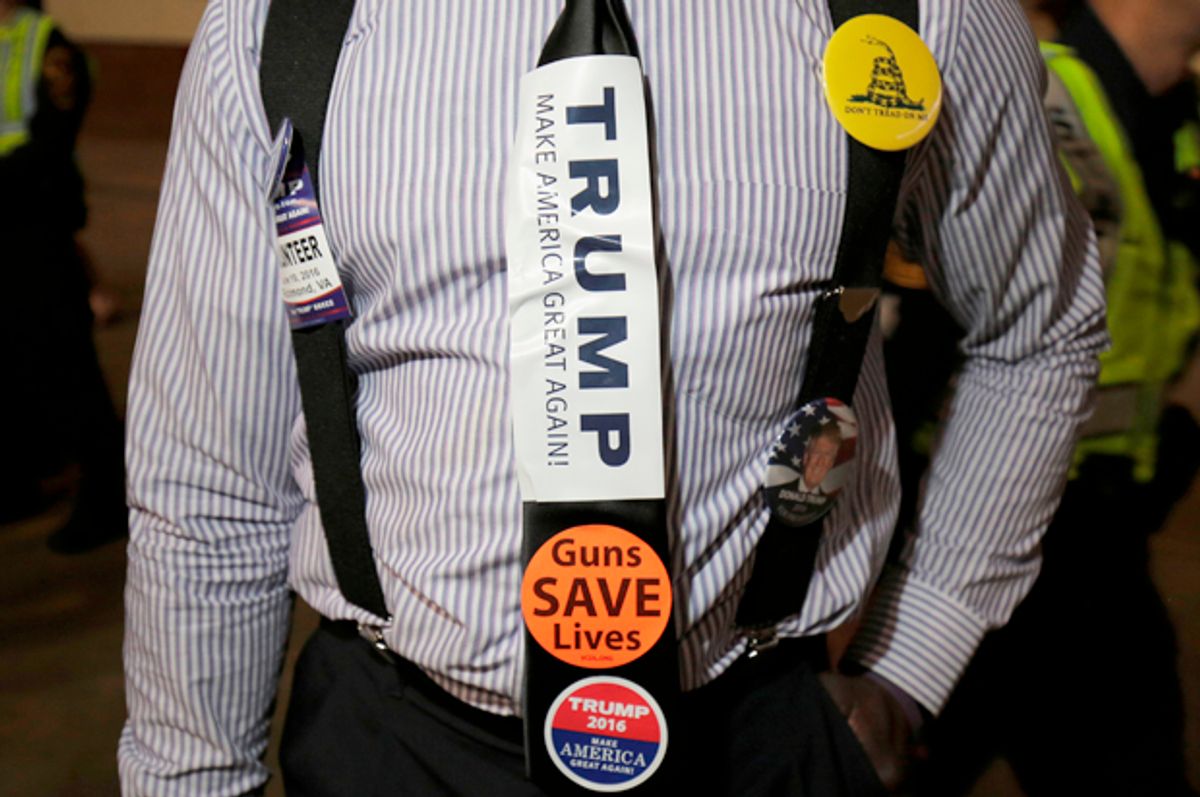 When Donald Trump gave the commencement address at Liberty University this spring, he told the graduates that “America has always been the land of dreams because America is a nation of true believers.” Trump argued that, in America, “we don’t worship government; we worship God.”

I suspect the president was unaware that the term “true believer” was made famous more than 65 years ago in Eric Hoffer’s 1951 book, “The True Believer: Thoughts on the Nature of Mass Movements.” Hoffer had no academic training, having worked mainly as a longshoreman. He wrote “The True Believer” in reaction to the rise of fascism, Nazism and communism. Against all odds, the book became a best-seller.

Hoffer shrewdly analyzed the forces that spark nationalist and totalitarian movements. The irony of Trump’s “true believers” remark probably escaped both the president and his audience.

As a psychiatrist, I’m interested in how vulnerable groups can be manipulated by misleading rhetoric. I believe there are striking parallels between Trump’s rhetoric and the factors Hoffer explored.

Hoffer wrote, “For men to plunge headlong into an undertaking of vast change, they must be intensely discontented yet not destitute.” They must also have “an extravagant conception of the prospects and potentialities of the future” and “be wholly ignorant of the difficulties involved in their vast undertaking. Experience is a handicap.”

Much of Trump’s campaign was based on promises of vast change, such as the immediate repeal of Obamacare. These promises never took into account the great difficulties of radical change. Indeed, in late February 2017, Trump acknowledged, “Nobody knew health care could be so complicated.” And, of course, Trump had no political or public sector experience to inform his most controversial decisions. Yet he masterfully parlayed this shortcoming into the virtue of being an “outsider” battling an entrenched Washington establishment.

Hoffer viewed “true believers” as craving “a new life — a rebirth — or, failing this, a chance to acquire new elements of pride, confidence, hope, a sense of purpose and worth by an identification with a holy cause.” Trump’s repeated promise to “make America great again” spoke to such a longing among disaffected voters. This message was often fused with appeals to evangelical Christians. Indeed, writing in The New Republic, Sarah Posner observed that “Trump effectively played to the religious right’s own roots in white supremacy.”

Hoffer understood that the true believer is rarely concerned with facts. He wrote, “It is futile to judge the viability of a new movement by the truth of its doctrine and the feasibility of its promises.”

Trump’s rhetoric was based on what Senior Adviser Kellyanne Conway famously called “alternative facts.” And Trump repeatedly made promises that most experts considered anything but feasible. He proclaimed, for example, “I will build a great wall … on our southern border, and I will make Mexico pay for that wall. Mark my words.”

True to form, Trump’s campaign rhetoric repeatedly invoked anti-immigrant themes, often disparaging Muslims and Mexicans. Trump famously characterized Judge Gonzalo Curiel as a “hater” and a “Mexican” when Curiel was presiding over lawsuits against Trump University — despite the fact that Curiel was born in Indiana.

Finally, Hoffer described the “true believer” as someone willing to die for “the cause.” It’s not clear how many of Trump’s supporters would fit that description. But Trump himself may have characterized his most fervid followers when he said, “I could stand in the middle of Fifth Avenue and shoot somebody and I wouldn’t lose voters.” Eric Hoffer might well have called those voters Trump’s “true believers.”