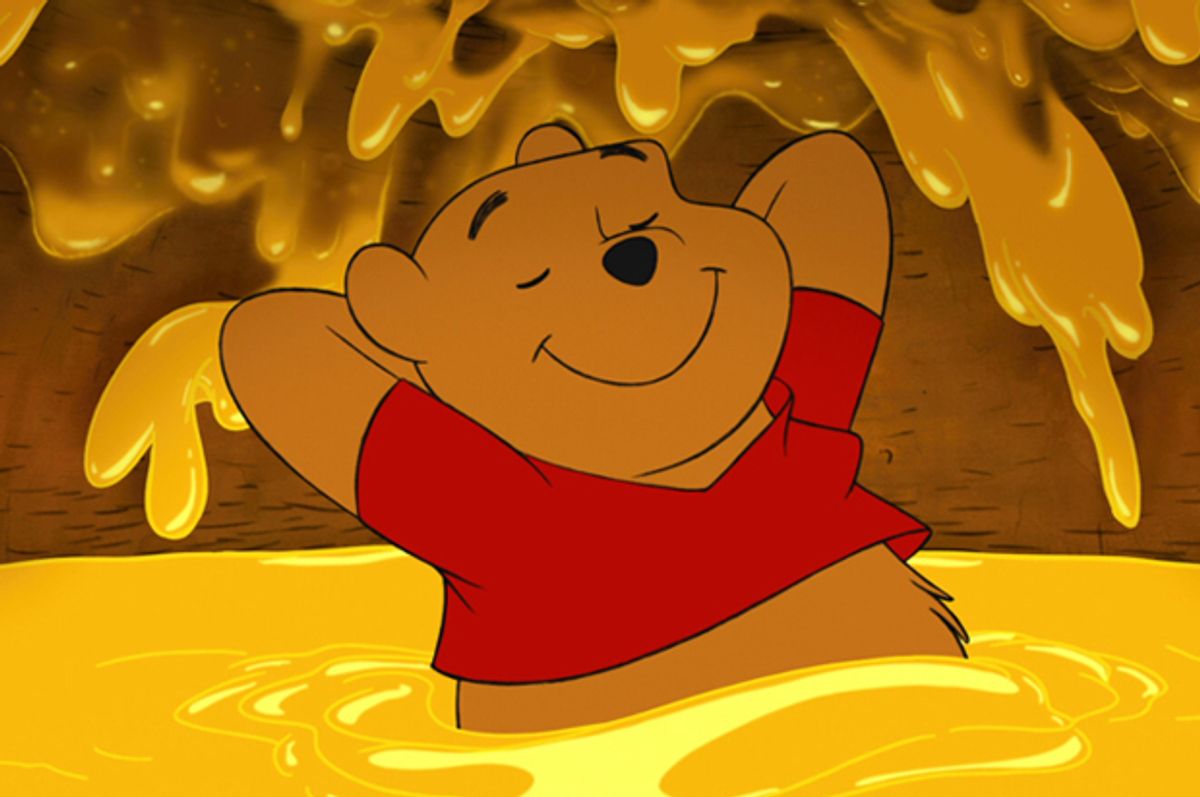 Winnie the Pooh, a fictional toy bear with more stuffing than sense, has been banned in the People's Republic of China, a very real country and home to over 1.37 billion people.

Certain mentions of the plush resident of the Hundred Acre Wood created by writer A. A. Milne have been banned from some social media platforms active in the country by state censors. At this time, the government of the state has given no specific reason for its digital war against the husky, yellow ursine, but experts say authorities may be reacting to the fact that Pooh has been used in various memes critical of president Xi Jinping.

As reported in the Guardian, "Comparisons between Xi and Pooh first emerged in 2013, after Chinese social media users began circulating pictures of Pooh and his slender tiger friend Tigger beside a photograph of Xi walking with Barack Obama, the US president at the time." Further memes have shown Xi standing next to other world leaders who were then, in turn, compared to other toys in protagonist Christopher Robin's menagerie of lovable, thread-worn characters. An image of Xi with Japanese prime minster Shinzo Abe, for instance, was presented along one portraying Pooh with his doleful donkey friend, Eeyore.

Whether Xi actually does look like Pooh we leave up to you, the discerning reader.

The Guardian also notes that, "In 2015, the political analysis portal Global Risk Insights said a picture of Xi standing up through the roof of a parade car paired with an image of a Winnie the Pooh toy car was 'China’s most censored photo' of the year."

Currently, any attempt to publish a post on social-media platform Weibo with the term "Little Bear Winnie" — Pooh's Chinese name — are met with the message, "this content is illegal." Similar issues have been reported on WeChat.

The ban speaks to a larger, longer, ongoing history of constant and sometimes very harsh state censorship within China. Oppositional literature, light, reasonably harmless criticism of the government and even discussions of clear and undeniable events in recent history have all caused the state to either curb publishing (online and otherwise) or deliver harsh punishments (including extensive, life-long prison sentences) to those speaking. It was only last week that writer and activist Liu Xiabao — a Chinese dissident and the nation's only Nobel Peace Prize Laureate — died while on medical parole after nine years of imprisonment.

At this time, there has been no official statement from the Chinese authorities or the A.A. Milne estate. Pooh himself was unavailable for comment, perhaps because his head may have become stuck in something while searching for honey and perhaps because he is fictional.