We already had a public housing crisis in the US, and now it's apt to get worse under Trump 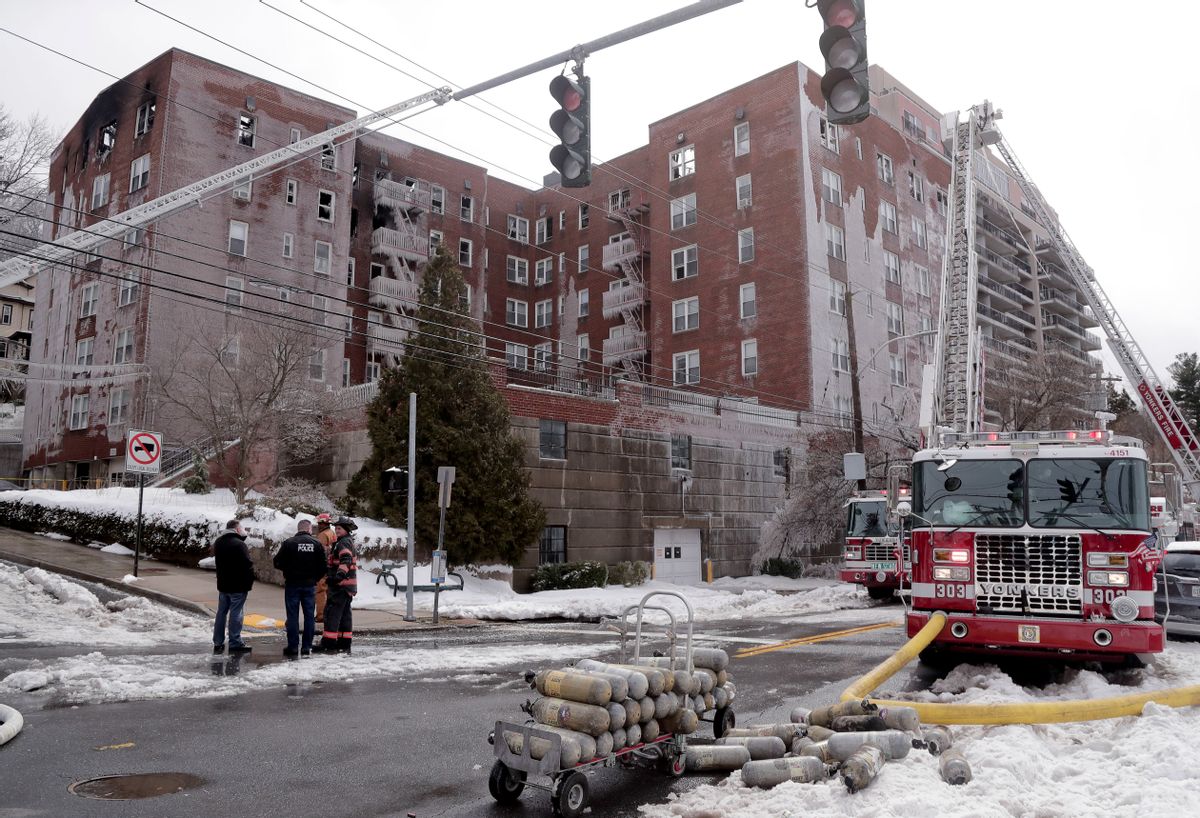 The loss of more than 80 lives in London’s Grenfell Tower fire on June 14 was tragic and wholly preventable.

It is no coincidence, though, that it happened in subsidized low-income housing.

As someone who has spent 25 years researching and writing about the travails of public housing in the U.S., I had this immediate thought: Could the same thing happen here?

Various commentators have pointed out that American regulations require sprinklers and do not permit the use of cladding materials with combustible plastic cores in high-rise structures.

Yet while the facades of American public housing may be less flammable, the system suffers from a toxic convergence of long-deferred maintenance, squeezed budgets and cost-cutting measures. Privatization policies, deeply rooted suspicions about the character of public housing residents and long-term inattention all threaten the capacity of stigmatized low-income families to remain in their homes.

Sometimes, destruction happens quite slowly. The American supply of what is conventionally called public housing – heavily subsidized housing for low-income households owned and operated by the government – peaked in the early 1990s at about 1.4 million apartments. Since then, approximately 20 percent of it has been demolished. Over the last 50 years, the federal government has introduced many other new forms of public-private subsidized housing programs.

Even so, the total supply serving those with the lowest incomes has declined. Moreover, much of the housing that remains requires funds to repair or replace aging buildings and failing infrastructure. While supply declines, demonstrated need continues to increase.

As I see it, the drastic US$6 billion cut to the Department of Housing and Urban Development’s funding proposed in President Donald Trump’s 2018 budget could not come at a worse time. Here’s why.

In late 2013, Obama’s HUD Secretary Shaun Donovan observed that Americans were in the midst of “the worst rental affordability crisis that this country has known.” That crisis persists.

In March 2017, the National Low Income Housing Coalition released its annual analysis of “the affordable housing gap” between supply and demand. It showed that only about one-third of the nation’s 11.4 million extremely low-income households (those with an annual income of less than about $20,000 for a family of four) are able to find housing they could afford. The other 7.4 million equally impoverished households who cannot find affordable housing endure a crisis every month. Most of those households must spend the majority of their income on rent and utilities, forcing them to skimp on healthy foods, medicine, transportation and educational programs or supplies.

The crisis has not been alleviated by programs created by Congress such as HOPE VI, funded from 1993 to 2010. It encouraged public housing demolition and redevelopment without a commitment to one-for-one replacement of lost apartments. This has been coupled with chronic congressional underfunding of HUD budgets since the 1980s. Congress mistrusts the capacity of local housing authorities to administer funds, while local officials blame the federal budget cuts for making their jobs impossible.

Meanwhile, the need for additional funding has increased. A 2011 study showed that the existing public housing needed a total of US$26 billion to pay for repairs that go beyond ordinary maintenance — the work needed to sustain the long-term viability of the housing and its infrastructure. But even that daunting national figure seems understated and outdated. The New York City Housing Authority alone has documented a backlog of $17 billion of needed repairs and maintenance, as of 2013.

Skeptics view the demise of “the projects” and say “good riddance.” They point to issues that come from concentrating the poor and applaud alternative public-private approaches that emerged in the 1960s and grew in the ‘80’s and '90’s.

For example, more than two million Housing Choice Vouchers are provided to tenants to subsidize rent from private landlords. Plus, the government has subsidized more than one million “Section 8” apartments in other multifamily housing complexes built and managed by private companies.

The privatization trend has expanded through policies that promote a mixture of incomes in housing developments and encourage the use of Low Income Housing Tax Credits. The latter enables wealthy investors to subsidize affordable housing construction in exchange for tax breaks. By replacing deeply subsidized public housing with market-rate or lightly subsidized housing, these programs shift housing investment away from the poorest people in America.

And, despite the accumulation of these alternative models, the overall supply of deeply subsidized housing stopped growing in the early 1990s. The national population has risen by about 15 percent during this same period.

After 80 years of experimentation in public housing and its public-private offspring, federal government housing policies now collectively assist only about one in four of the nation’s poorest households.

What’s to be done?

Proposals are already on the table.

Trump’s proposed budget would cut $6 billion from HUD funding. It would eliminate the nascent national Housing Trust Fund, a funding stream established by Congress in 2008 and entirely separate from direct congressional HUD appropriations. The fund distributed its first $174 million in 2016, most of it targeted to housing for those with the lowest incomes. A coalition of more than 1,000 housing organizations has urged that the Trust Fund be dramatically expanded.

To rebuff these cuts, House Democrats introduced the Public Housing Tenant Protection and Reinvestment Act of 2017 in June. It would reauthorize the public housing Operating Fund (the dollars needed to cover the difference between subsidized rents and the actual costs to maintain and secure the development) and the Capital Fund (the dollars needed to invest in ongoing renovation and periodic replacement of items such as appliances) at levels sufficient to meet annual needs.

The bill includes $5 billion annually to address the immense backlog of major repairs and reconstruction. Under this plan, the federal government would guarantee the loans, enabling housing authorities to attract private investment for rehabilitating their developments and improving energy performance. The bill also includes revived funding for the Choice Neighborhoods program, which requires cities to ensure that each demolished public housing apartment is replaced with another one serving low-income households.

The House’s draft FY 2018 appropriations bill is also somewhat less draconian. It retains the Housing Trust Fund Trump plans to eliminate, and reduces cuts. Still, it significantly shrinks assistance to low-income households. The National Low Income Housing Coalition estimates that it contains “at least $1.5 billion less than what is needed to maintain program levels and cover inflationary costs to ensure that every household currently receiving housing assistance can remain in their homes.”

Seemingly unconcerned, HUD Secretary Ben Carson recently asserted that poverty is largely “a state of mind.” He made his policy views clear in the 2015 statement: “I have a strong desire to get rid of programs that create dependency in able-bodied people.”

This tough-love rhetoric plays on an unfounded stereotype of public housing residents as lazy and undeserving. That myth contributes to Congress’ reluctance to sustain or increase spending. Yet it bears little relation to the real people who live in public housing.

As of 2016, fully 90 percent of the nation’s public housing households were headed by someone who is elderly, has disabilities, worked (or had recently worked) or was subject to work requirements through another program. Many are dependent on public housing, but this is not the same as a culture of dependency.

Meanwhile, both actual demolition and demolition-by-neglect continue to shrink the supply of deeply subsidized homes. In the United States, public housing has not yet literally gone up in flames. But if funding and policies continue to diverge from genuine need, that metaphor may prove to be all too apt.