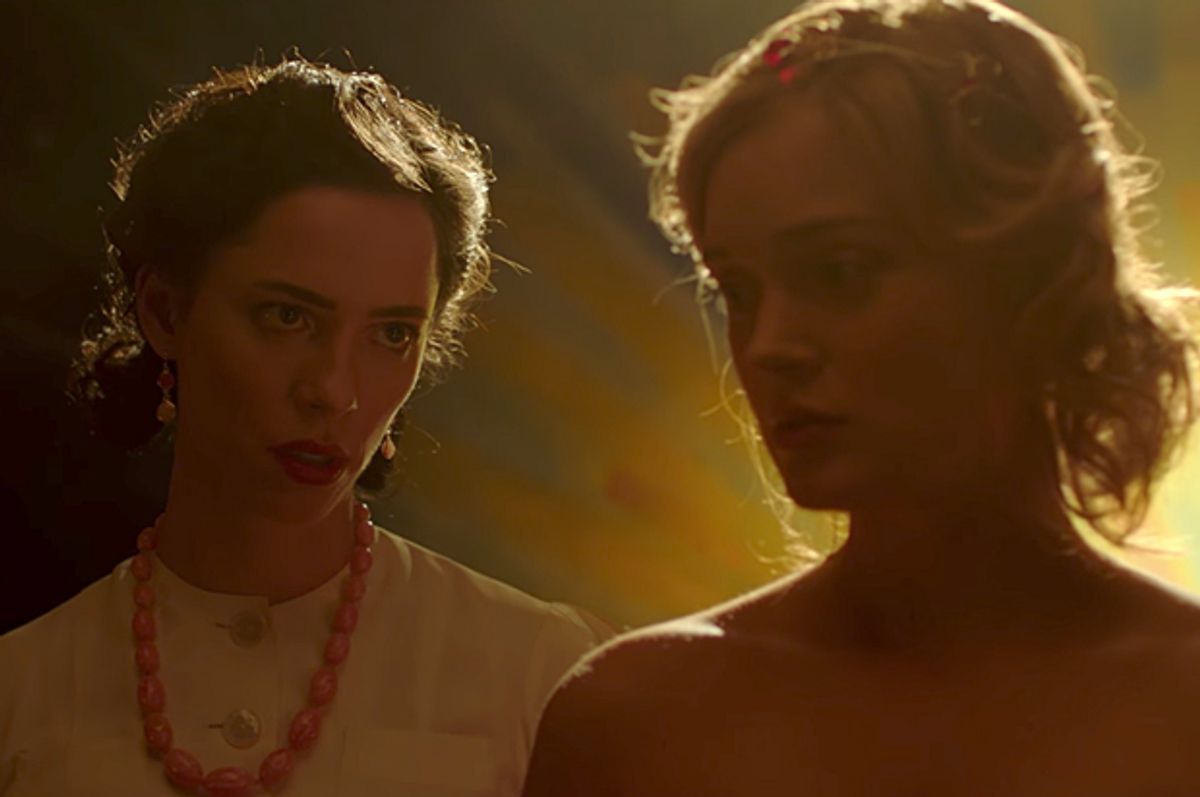 "Wonder Woman," the Warner Bros. film has quickly become not just the highest-grossing film of any this summer and any directed by a woman, but somewhat of a rallying cry for women in general. It's a great thing.

And, yet, the curious and somewhat sensational literary origin story of the icon central in that film is barely understood or talked about in mass media. It is a gap that a new biopic, "Professor Marston & The Wonder Women," hopes to fill.

In the simplest terms, the man who helped will Wonder Woman into existence, William Moulton Marston (pen name Charles Marston) was what they used to call a "character." A proto-feminist Harvard professor, psychologist and inventor of a crucial part of the modern lie-detector test, Marston created Wonder Woman to fill what he felt was a lack of strong, dominant role models for young women in the media of the 1940s.

Whether or not those practices made it into Marston's own bedroom, his personal life was at the very least colorful. Already married to fellow psychologist, co-developer of the systolic blood-pressure test used in lie detectors and, according to many, the co-creator of Wonder Woman, Elizabeth "Sadie" Holloway Marston, Marston added a second partner to his marriage — the younger Olive Byrne. Many have cited Byrne's appearance, including her choice in jewelry, as the visual inspiration for Wonder Woman. The three lived together as partners for many years, forming an extended family which included Martson's children with both Byrne and Elizabeth Marston.

This is all great grist for the dramatic mill and so, yes, we have the forthcoming biopic "Professor Marston & The Wonder Women" whose trailer just premiered today. In it, one can see a perhaps sensationalized telling of these true events starring Luke Evans (the "Fast and Furious" movies, "Beauty and the Beast," "Dracula Unbound") as William Marston, the brilliant Rebecca Hall ("Christine," "Vicky Cristina Barcelona," "Parade's End") as Elizabeth Marston and Bella Heathcote ("Pride and Prejudice and Zombies," "The Neon Demon," "Dark Shadows") as Olive Byrne.

The trailer for the film Directed by Angela Robinson ("D.E.B.S.," "The L Word") seems to offer a glossy, Hollywood take on queerness, kink, polyamory and, yes, comic books set in the conservative world of the 1940s (Connie Britton makes an appearance as the apparently disproving children's-book expert Josette Frank). Dramatic music and edit cuts abound.

Hot on the heels of "Wonder Woman, "Professor Marston & The Wonder Women" will offer it's not-for-kids look at the story of the printed page's most famous female fighter when it debuts October 27.