Today’s extreme heat may become norm within a decade 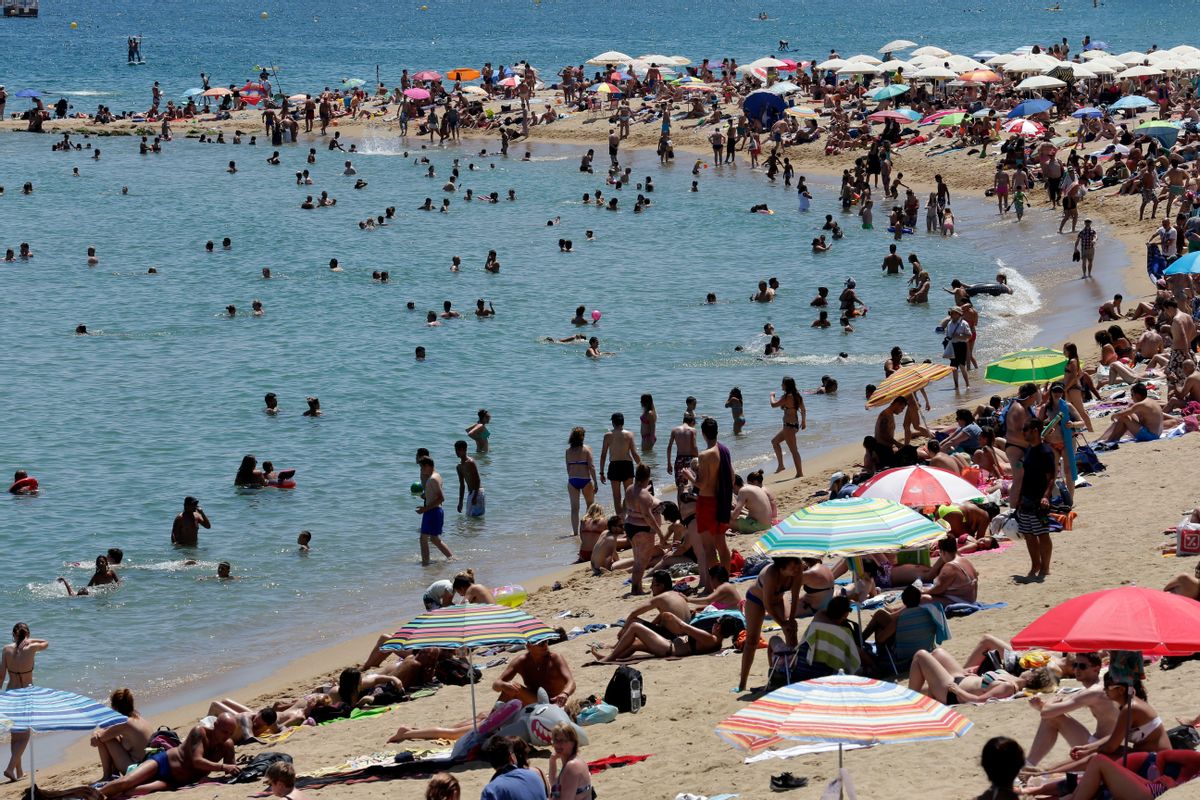 When 2015 blew the record for hottest year out of the water, it made headlines around the world. But a heat record that was so remarkable only two years ago will be just another year by 2040 at the latest, and possibly as early as 2020, regardless of whether the greenhouse gas emissions warming the planet are curtailed.

That is the conclusion of a new study that uses climate models to project when today’s climate extremes will become commonplace — or the “new normal” as they are often called in both media reports and scientific analyses.

Just how soon that record heat will become the norm surprised even its researchers, but the information could be useful to officials around the world trying to plan for the changes global warming will bring to their cities and countries. It will help show when notable heat waves, downpours, or other extremes may become run-of-the-mill, and would allow planners to develop the infrastructure and policies to withstand those extremes.

“At the moment, it doesn’t seem like such a big deal when we have record-hot summers or years,” study leader Sophie Lewis, a climate researcher at Australian National University, said in an email. “But this study really shows the nasty side of our current records becoming more frequent in the near future.”

While the phrase new normal has been used in different ways, it was rarely explicitly defined, so Lewis and her colleagues wanted to come up with a definition that could be used on all kinds of climate extremes.

The team used the climate models developed for the most recent report of the Intergovernmental Panel on Climate Change to see when a global temperature like that of 2015, or higher, becomes normal. When such temperatures happened at least half the time in a 20-year period, they defined that normal as having been reached in the first year of the period.

The researchers found that the global climate firmly met that threshold by 2040, regardless of whether greenhouse gas emissions continued on their current path or were significantly curtailed. On average, the new normal emerged between 2020 and 2030 — much earlier than any of the scientists expected.

“I was shocked when I made the first calculations for this study, and went back and checked everything twice and then three times,” Lewis said. “When I first shared a full draft with my co-authors, I remember getting an edit back that included a swear word in the comments about these times.”

Deke Arndt, a National Oceanic and Atmospheric Administration climate scientist who wasn’t involved in the study, said this kind of disappearance of extremes into the bounds of normal was already happening. He cited the then-record high temperature of 1998, “which was astonishing at the time,” but has since been “fading into the pack” of annual temperatures. (It now sits in eighth place, according to NOAA, and is the only year in the top 10 warmest not from the 21st century.)

“We are moving into new neighborhoods in many of our climate variables. This paper is perhaps a way to help quantify some discussions around that topic,” Arndt said.

The work, published in the June issue of the Bulletin of the American Meteorological Society, takes the opposite tack of the field of climate science known as attribution, which uses observations and climate models to conduct climatological autopsies of events.

Attribution is useful in gleaning the effect that global warming is already having on today’s extreme weather, but it doesn’t say anything about when those extremes stop being extremes and start becoming the new climate.

Lewis and her co-authors also looked at record annual temperatures at spots across the land surface, “because these are a little more relevant for actual impacts on ecosystems, health, infrastructure than global average temperatures,” Lewis said.

In that case, the particular emissions scenarios did make a difference, because different parts of the world are warming at different rates and have different patterns of natural variability, which can make the signal of warming more difficult to pick out. Today’s record heat became the new normal earlier and for a larger portion of the globe with higher greenhouse gas emissions than for lower ones. Those differences show that if emissions are significantly reduced, such records can be prevented from becoming the norm in some areas.

The method can be further drilled down to study specific extreme events, like heat waves, droughts or floods, which Lewis said the team is hoping to do.

Arndt said this is where such a method would have the most usefulness. “Where I think this approach may have real utility is to help people process and understand things at the local level,” he said. “Global temperature is an important climate marker, but it's not the design metric for your town's wastewater treatment or storm sewers.”