Madonna to auction house: Give me my Tupac letter, underwear, DNA back 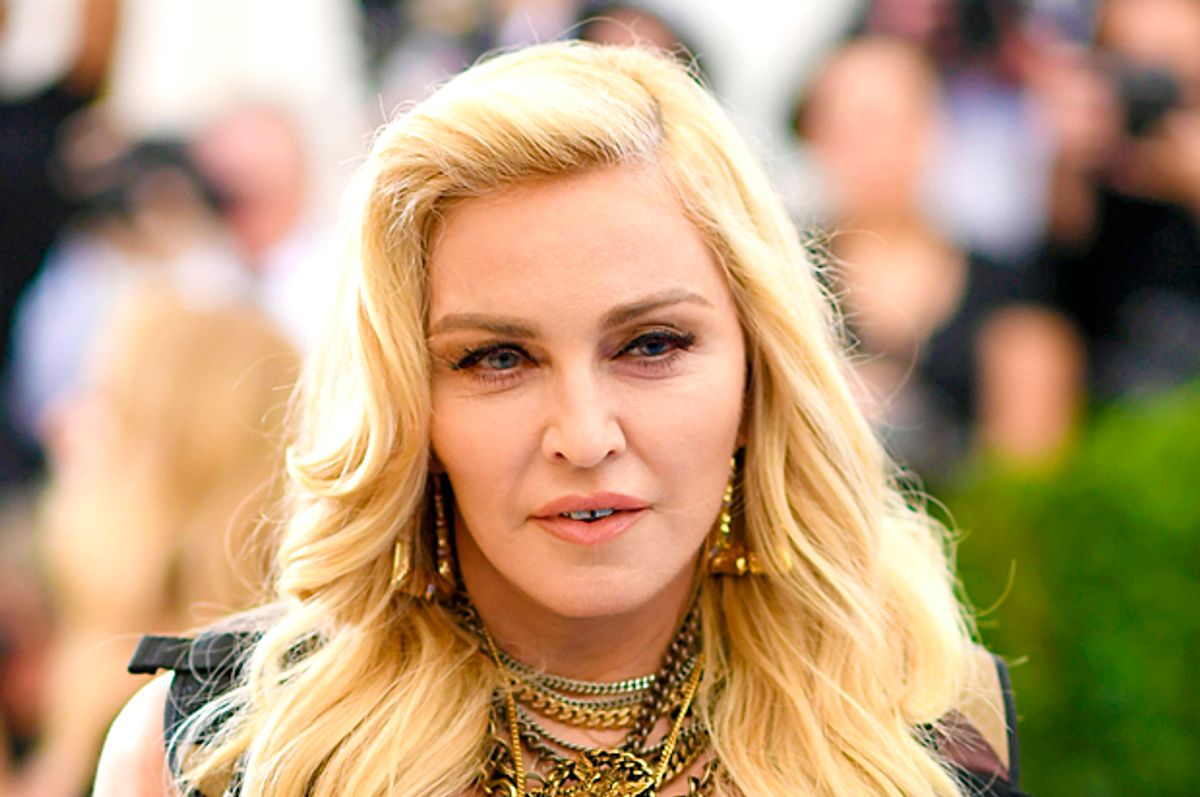 Madonna is suing an auction house that is selling her recently unearthed love letter from Tupac Shakur and other "highly personal items," Page Six reported.

The Queen of Pop filed an emergency court order in New York City on Tuesday to prevent the auctioning of her belongings.

The never-before-seen Tupac letter was revealed earlier this month when the Gotta Have It! auction website announced it was up for bidding. Dated January 15, 1995, the letter explains why the then 24-year-old rapper broke up with Madonna. Tupac admitted in the letter that he was apprehensive about dating a white woman.

According to court papers obtained by Page Six, bidding for the Tupac letter is expected to reach up to $400,000.

Beyond the personal letter, the auction house is also selling a pair of Madonna's underwear along with an old hair brush.

“The fact that I have attained celebrity status as a result of success in my career does not obviate my right to maintain my privacy, including with regard to highly personal items,” the pop star added in the suit.

In the filing, the artist suggests that a former personal acquaintance of hers, art consultant Darlene Luz, may have taken the items for sale without her permission. The document says Luz was a “frequent overnight guest” when Madonna was not at home and that she “would have had access to these items on numerous occasions.”